7 hostels available. Prices start from $24 for a dorm bed.
We compare all hostel prices in Belfast for you. So you save money and time!

This section is dedicated to take away all your "I wish someone had told me that before I went!" experiences. This way, you can spend less time settling in, and more time making new friends in your chosen hostel. We share our insider knowledge of tips, tricks and important things to look out for in Belfast. 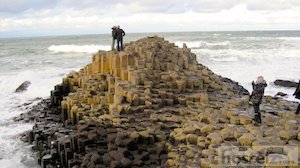 Belfast is the capital of Northern Ireland, part of the United Kingdom and it's where you'll find the most hostels of any city in the country. It is still a small city, where it is possible to see the sights by walking around the city centre. Must-sees in the city centre include the magnificent Town Hall (tours are available), the Titanic Quarter (a museum dedicated to the building and history of the Titanic), and the (free!) Ulster Museum of Natural History.

Many tourists visit Belfast for the history of the Titanic, and for the history of the IRA (Irish Republican Army) troubles between Northern Ireland and the Republic of Ireland. The troubled history is clear in Belfast, with murals depicting the violence and bombings that occurred during this difficult time. There are many tours dedicated to the murals and their history, as well as general walking tours of the city, its history, and architecture.

Many visitors also come to Belfast to head to the northern coast to see the famed Giant's Causeway. The Giant's Causeway is a natural phenomenon caused by ancient volcanic activity. It is considered a UNESCO World Heritage Site and it is often featured on places-you-must-see lists.

The vistas are incredible, as are the mythological stories that explain the Causeway. According to the Gaelic myth, the columns are the remains of a causeway built by the giant Fionn MacCool. He built the causeway to connect Northern Ireland through the North Channel to Scotland, so that the two giants could meet and fight. There are conflicting stories about who did win that fight. Also worth visiting is the Carrick-a-Rede bridge, a precarious rope bridge that connects the mainland to the minuscule island of Carrick-a-Rede. You don't need a car to reach the Giant's Causeway, as there are many day-long and half-day bus tours that operate from the city centre.

There are plenty of frequently asked questions about hostels in Belfast. We've collected the most common questions and doubts when it comes to picking your preferred accommodation in Belfast. The more you know, the better you can plan with confidence and ease, right?

This makes this very website the best place to find cheap accommodation in Belfast.

Above we list every single hostel there is in the city. Let us take a broader look at what you can expect - and what not. We created this cheatsheet for you to get a more complete picture of the hostel quality in Belfast, average prices and types of hostels to choose from.
7 Total number of hostels
$35 Average dorm price
$89 Average private room price
$24 Cheapest hostel in Belfast
Global Village is the cheapest
7.6 Average rating of all hostels

Travel Tips for Belfast - from the Community

Travel Tips for Belfast - from the Community

Hey fam! Here are a few more tips from the community, from them to you, and you to them. This space is dedicated for travellers to share their best tips on backpacking Belfast. Have a closer look - the Hostelz community share real hidden gems, insider knowledge and overall impressions of Belfast. Everyone is welcome to add something useful, funny, unexpected and the "absolutely necessary to know before you go" - share, share and then share a little more!