Hostels of the World

Let's find you the worlds coolest hostels. Choose your destinations, and we show you all hostels with the best prices to book. After all, we are your simple hostel price comparison. Hostelz.com is the only website in the world listing every single hostel worldwide.

Africa is the second-largest continent in the world and the one that’s full to the brim with exotic animals, wild places, big cities and incredibly fascinating cultures.

There are hostels spread widely across the continent, in all the popular destinations such as Morocco, Egypt, and South Africa as well as lesser-known areas. Africa is definitely for the more adventurous-spirited traveller that isn’t dependent on flash accommodation. It’s also a great part of the world to explore if you’re on a tight budget. 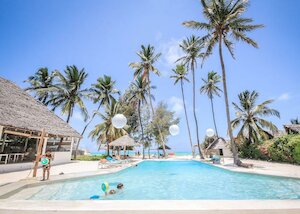 Oceania is actually a geographical region which encompasses the continent of Australia. Within Oceania there are four subregions: Australasia, Melanesia, Micronesia, and Polynesia.

There are some seriously stunning hostels spread out across this continent. Everything from homely hostels to crazy party hostels and boutique accommodation. Australia and Oceania is especially wonderful to explore if you’re new to hostels, a female solo traveller and/or enjoy western comforts. 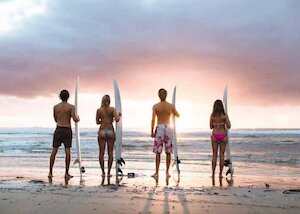 For those adventurous backpackers out there, central & East Asia has so many treats in store for you. China could keep you occupied for years (it’s huge), or you could head to Taiwan if you enjoy intimate islands to explore.

Hostels in this part of the world are cheap compared to western countries. Many of them are boutique with gorgeous local culture design built in. 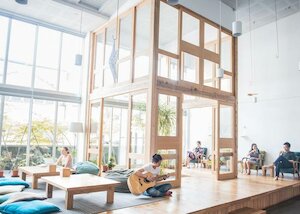 Make sure you pack your backpack with everything you’re going to need for an EPIC adventure in the central and south Americas. There are 18 countries offering up incredible hostels amidst diverse cultures, stunning landscapes and seriously yummy food.

<li">Peruvian Guinea Pig is a delicacy in Peru

Hostels in Central and South America offer up some of the most stunning and affordable accommodations in the world. They’re great for female solo travellers that enjoy luxurious female dorms, and digital nomads that want a cheap and fun place to work and play. 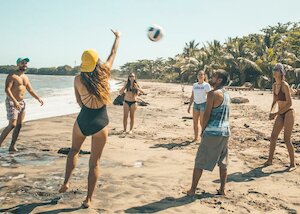 Some lesser visited countries exist within Eastern Europe, alongside Russia, which is also a humongous country to venture to. Ease your way in by visiting familiar places such as Greece, Croatia, and Czech Republic before stepping into unique countries like Romania, Estonia, and Latvia.

Staying in hostels around Eastern Europe and Russia is affordable, perfect for budget travellers and backpackers on a shoe-string. The hostels range from basic to boutique, it just depends on which country you’re visiting. In general, the more popular and bigger cities have the best hostels. 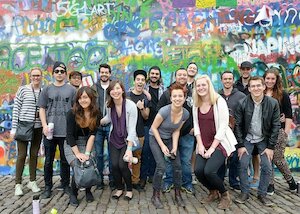 If you’re heading to Mexico and the Caribbean, we salute you! Island hop, revel in Mexican party hostels and swoon at luxurious accommodation.

Be aware that not all destinations in this area offer hostels, such as Barbados. It’s important to check this before you visit any place on your list, mainly because many places in the Caribbean are expensive to visit. Flashpackers, couples and solo travellers will have a whirlwind of a time hostelling this part of the world. 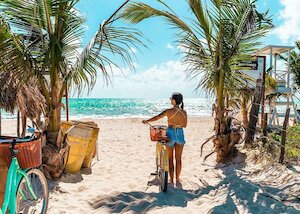 It’s possible to explore 10 countries in the Middle East, staying in hostels along the way. Cyprus is a wonderful place to start, but you have many interesting countries to explore including Turkey, UAE, and Kyrgyzstan.

We recommend doing some research on travel safety for the different countries before you visit. It’s also important to familiarize yourself with cultural conduct, as this may be very different to western ways. 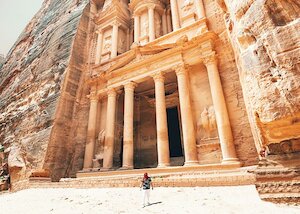 Don’t be fooled by the small list below; Canada, Greenland, and the USA are BIG! With 50 states in the USA, 10 provinces in Canada and the largest island in the world (Greenland); you’re in for one heck of an impressive trip.

Though a little more expensive, hostels in the USA and Canada are impressive in design, social spaces and location. They serve a wide range of traveller types, from solo travellers and couples, to female solo travellers, groups, and families. 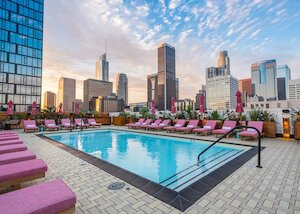 It’s easy to see that South and Southeast Asia have the largest density and abundance of hostels available. Backpacker hotspots such as Thailand, Vietnam, and India have almost too many options (not that we’re complaining). They’re affordable and quirky, and can be found in all the major destinations in Asia.

For sure, South and Southeast Asia is loved primarily by backpackers and solo travellers. This continent is definitely not for the faint-hearted. Prepared to be whisked into a world of home-sickness and sensory overload – you will love it! 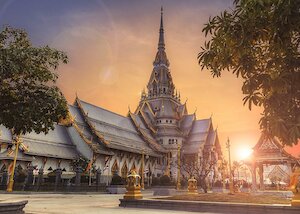 England, Northern Ireland, Scotland, and Wales; the four countries that makes up the United Kingdom and a myriad of accents, languages and unique country quirks. For such a small landmass, it’s quite incredible how different each small area is.

Hostels in this part of the region are affordable and (largely) basic. A hugely popular hostel chain is YHA and their hostels are nationwide. For sure, the better hostels can be found in the bigger cities. Backpackers will very much enjoy travelling the UK. 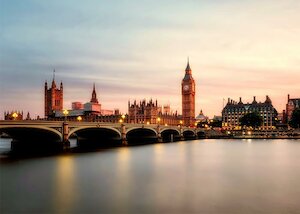 Hostels in Europe are unique, and one of the absolute best ways to explore all different countries. In every major city you will find numerous amazing hostels.

Europe is a continent that is not only rich in history, but also in hostel culture. You will find anything from Boutique Hostels in Paris and Beach Hostels in Spain to Surf Hostels in Portugal and Backpacker Hostels in Albania.

On Hostelz.com, you find every single hostel in Europe (and worldwide)! 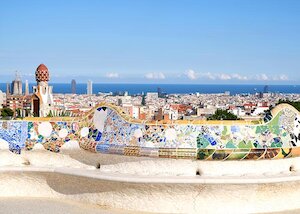