All Hostels in Hong Kong Island

Compare prices for hostels in Hong Kong Island with one click. Add your travel dates and see all prices on all hostel booking sites like Hostelworld, Hostelsclub and Booking.com. 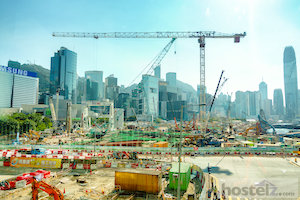 There is a few things you should know about Hong Kong Island hostels and the city in general. Besides comparing you the best and cheapest hostels in Hong Kong Island, we also highlight what we have liked, disliked and things to look out for.

Hong Kong is a financial epicentre and has served as an international and financial gateway for many Asian countries over the decades, especially for China. Hong Kong was once a colony of the United Kingdom, but the country has recently been handed back over to China. It is now currently governed under China's one country, two system principle.

While the islands making up Hong Kong are quintessentially Hong Kong, there are small difference that can be noted between the islands. As it's considered the central area of Hong Kong, Hong Kong Island is where the large financial centre is found, and many of the major banks and businesses are here. The island is also host to many expats living and working in the country, which is made evident by the abundance of Western and European shops, restaurants, and services readily available.

Space and land are very limited on the island and often come at a premium, which is evident in accommodation pricing here. High-end, luxurious hotels and service apartments are available everywhere on the island. Budget-friendly hostels in Hong Kong Island, Hong Kong, are just as easily available, but are a bit more sparse in between.

Things to do in Hong Kong Island