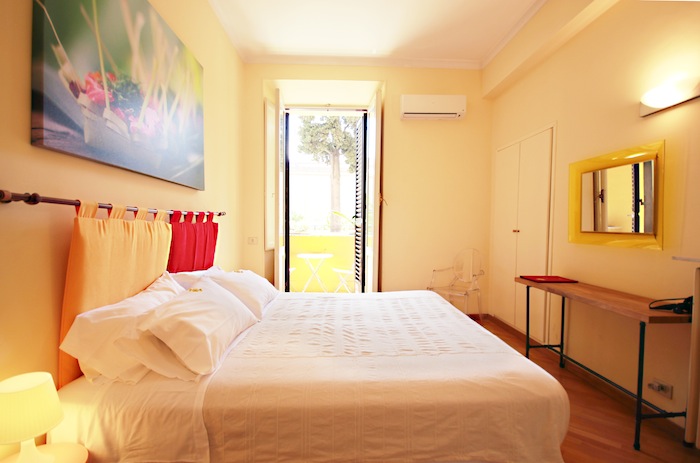 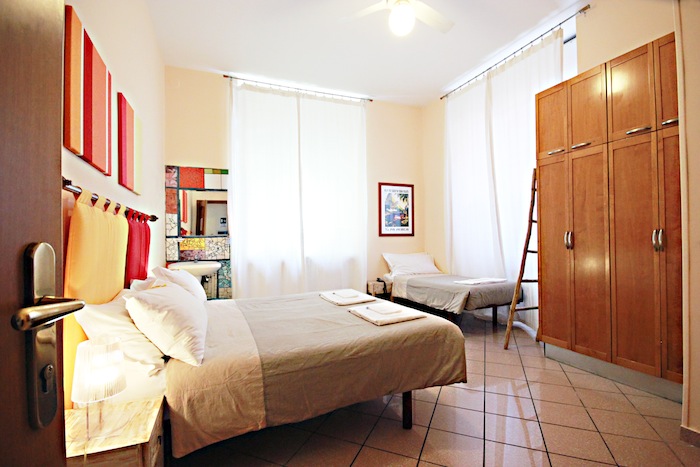 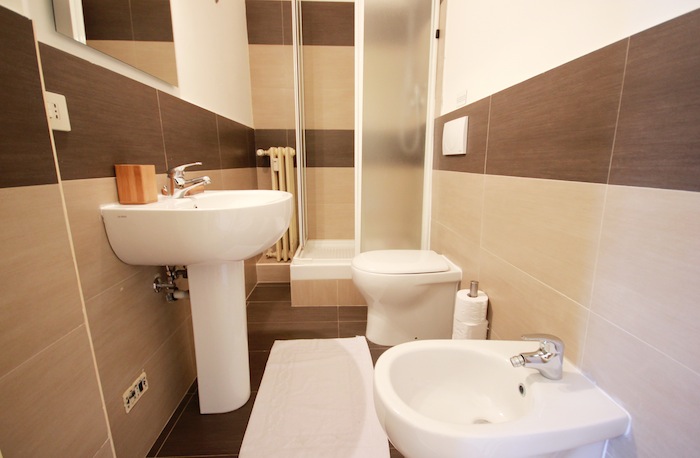 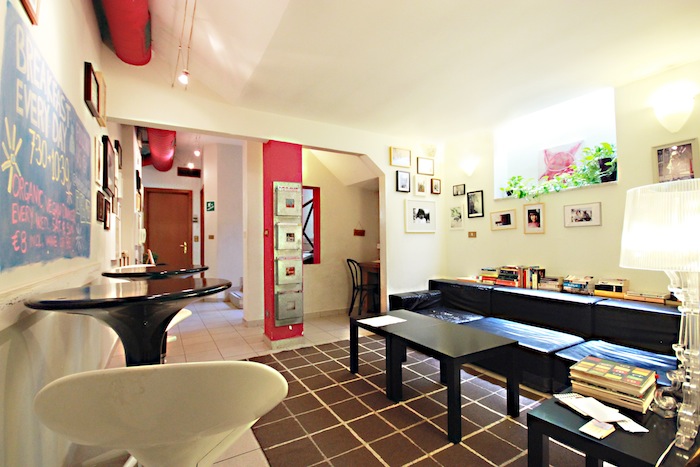 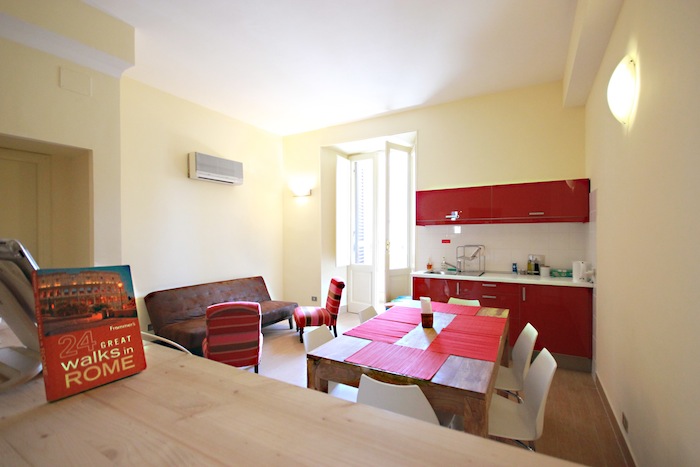 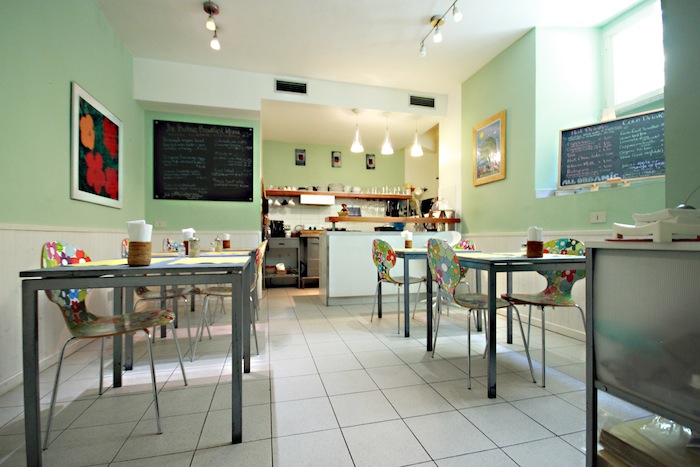 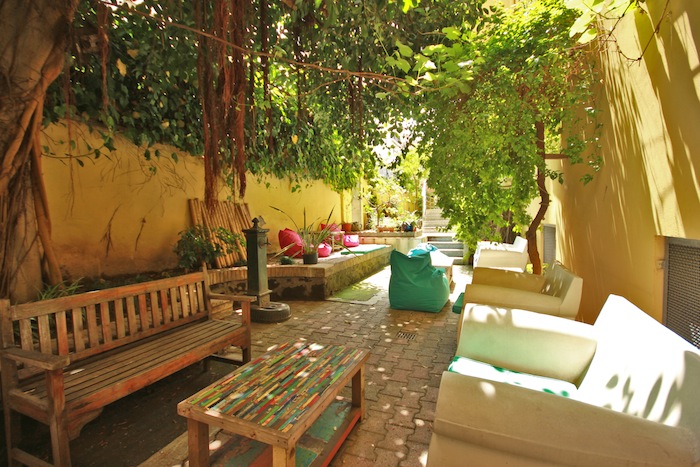 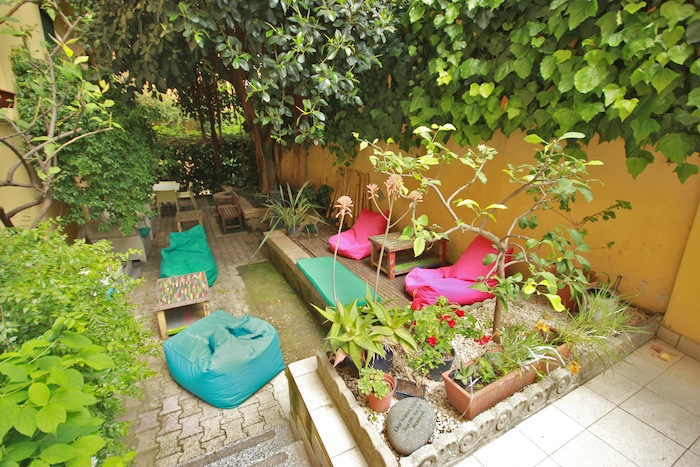 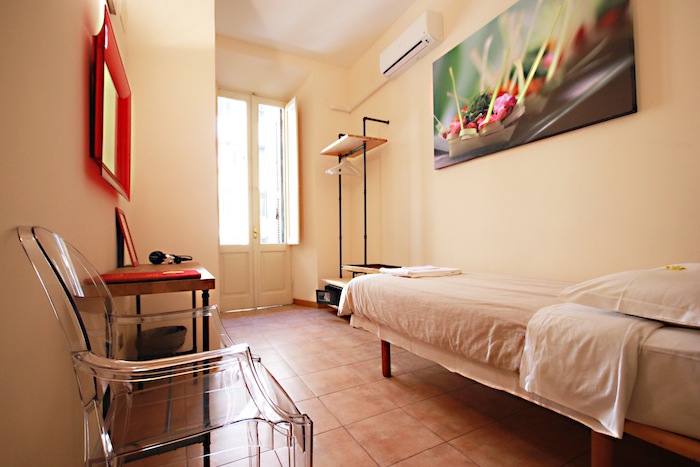 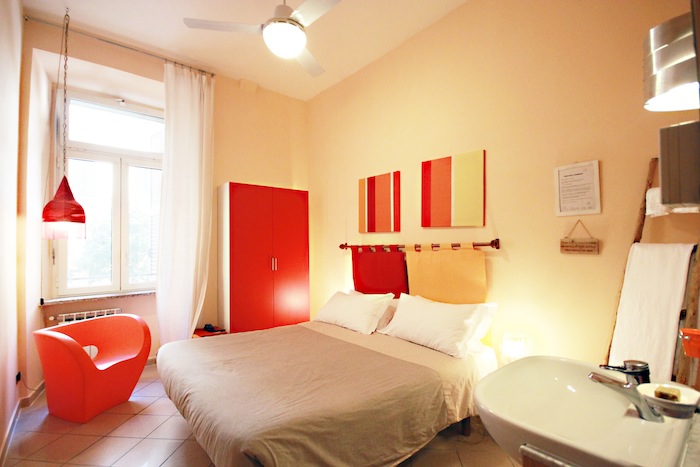 The Beehive is listed at the following booking sites:

The Beehive is listed on the following booking sites:

The Beehive at Hostelworld

The Beehive at HostelsClub

www.the-beehive.com
Phone Number: +390644704553
To add or correct information for this listing, please use the Listing Correction Form.

Nice rooms but not so nice area

We stayed in one of the apartments for two nights. The apartment had great accommodations with a kitchen, eating area, and free internet. The decor was great. However, the neighborhood was in a sketchy part of town full of graffiti, trash, and homeless people. We never had a bad encounter with the neighbors, but I wouldn't have felt safe walking at night by myself or with another girl. I would definitely recommend staying at the actual Beehive, not the apartments. The only plus was the proximity to the Termini, about a five-minute walk. If you do stay at the apartments, there are buttons by each door to let you out, otherwise you have to use your four keys to exit. We didn't notice the buttons and trekked back to the Beehive with loaded backpacks to return our keys.

very good hostel and very near Termini station. nice hangout place at the bottom near canteen. nice dorm with nice two bathrooms (one has tub too). and above all cutie, cutie CAT and nice staff. will come here again (according to coin thrown at tervi fountain).

I was only in Rome one night, going from Istanbul to London, but this is far and away one of the best places I have ever stayed. Relaxed and calm in the middle of Rome, I have stayed in hostels in over thirty countries and this is still one that stands out in my memory. Super clean, chill, great food, very relaxing after spending a week in a hostel Istanbul where sleeping before 3 a.m. was discouraged. A great place to end up after a hectic day on the road or in town.

We stayed at the Beehive hostel for two nights three days ago. My boyfriend really liked the coziness of the hostel and I really enjoyed the food there! They Make Very Yummy Delicious Fresh Food At The Beehive. We've also stayed in a four-star hotel in Rome last year, but the beehive was just as good and way cheaper. The rooms were spacious, very clean, and just a few blocks away from the Termini station. Free internet was available, but was always occupied. If they would just put more computers there for guests to use, it would be Perfect!

The hostel is very clean, has got very good vegetarian cafeteria, and helpful staff. The owners pay great attention to the ecology. The only minor negative issue is noise in the night on the street outside. I stayed there for one night only, but I can recommend The Beehive to everyone.

I stayed at the Beehive's Clover apartment last summer and highly recommend it. For Euro 30 per person, you can't beat it. Clean, well stocked kitchen, good hot shower, firm beds and an iMac with free internet. I suppose the somewhat grimy and populous Termini area of Rome could strike a suburban American as rough, but other than being duly cautious about pickpocket-level thievery, I'd say it's fine. (But I live in Philadelphia so I felt right at home.) The hostel itself is very contemporary, funky, naturally lit, clean, and friendly, and also in a good location. I'd stay there in a heartbeat.

We booked the Acacia appartment for our group of 8. When we arrived they told us that something was wrong was the plumbing in the Acacia... so we had to wait a day for repairs.

They had booked us a cheap hotelroom nearby for 1 night. Next day we were able to move into the Acacia and once there it was great. It had some trouble with the internet connection, and that was resolved the next day.

The rooms are spaceous, the kitchen is a bit narrow, but will do perfectly. The central hall, featuring the I-mac, was nice and we used it as a living-/dinnerroom. The balcony looks onto the adjacent buildings. Everything seemed proper and clean enough, so no complaints there.

In the early mornings there's quiet some noise coming from the street... so especially during the summertimes when you want to leave the window open, you might a bit of trouble sleeping.

Only thing that kept us wondering, was the fact that we found traces in the computer indicating that the computer had been used not to long before we entered the Acacia. So maybe they had double-booked the Acacia for a night or maybe there was a plumbing-problem? We shall never know...

How is The Beehive rated on booking websites?

See all 53 hostels in Rome

Reception Hours: 7am to 11pm

See all 53 hostels in Rome