34 hostels available. Prices start from $11 for a dorm bed.
We compare all hostel prices in San José for you. So you save money and time!

This section is dedicated to take away all your "I wish someone had told me that before I went!" experiences. This way, you can spend less time settling in, and more time making new friends in your chosen hostel. We share our insider knowledge of tips, tricks and important things to look out for in San José. 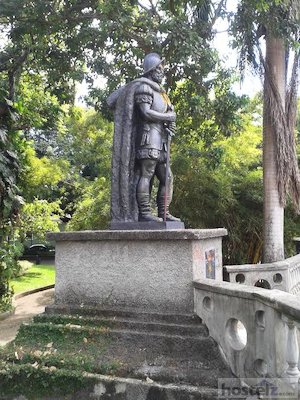 San José is the capital city of Costa Rica. Although it doesn't necessarily concentrate as many touristic attractions as other parts of the country (with beaches, volcanoes, mountains, and national parks) it is the starting point for most travelers when visiting the country. San José receives so many travelers a year that is very likely you'll make friends with other foreigners visiting Costa Rica during your stay.

There are plenty of San José hostels and accommodation options available. There is a high concentration of budget accommodation and hostels in San José. In fact, there might be a shortage of higher-end hotels, but budget travelers and backpackers are guaranteed to have plenty of choice according to their preferences and budget! Depending on your travel plans, you might want to stay in the city centre or closer to the airport (for early departures to the rest of the country, for instance). If the latest suits you best, Alajuela is the place in which to look for accommodation, since the airport is at least an hour-and-a-half drive because of the traffic.

As the main city in the country, it has plenty of little luxuries that might not be that common in the most touristic areas, that tend to be more rural. There are plenty of shopping opportunities and you'll find so many international fast food chains in the main streets that will make you think for a moment that you are somewhere in the USA.

There is a very lively nightlife scene in San José. Street life is important, and, particularly on Thursdays, you'll have the chance to see a lot of people partying in the streets, where entertainers tend to perform. The city is also very open when it comes to the gay scene.

There are plenty of frequently asked questions about hostels in San José. We've collected the most common questions and doubts when it comes to picking your preferred accommodation in San José. The more you know, the better you can plan with confidence and ease, right?

This makes this very website the best place to find cheap accommodation in San José.

What are the best party hostels in San José?
Selina San José is the best rated hostel for partying in San José.

Above we list every single hostel there is in the city. Let us take a broader look at what you can expect - and what not. We created this cheatsheet for you to get a more complete picture of the hostel quality in San José, average prices and types of hostels to choose from.
34 Total number of hostels
$16 Average dorm price
$52 Average private room price
$11 Cheapest hostel in San José
Lost In Costa Rica is the cheapest
10 Party hostels in San José
Selina San José is the best rated
Most San José hostels are located in
Los Yoses, Barrio Escalante, Barrio Amon
6.1 Average rating of all hostels

Travel Tips for San José - from the Community

Travel Tips for San José - from the Community

Oh man, so far no one from the community has left a comment or travel tips for San José. How about you kick start the discussion here? Gather your best backpacking recommendations for San José and jot them down below. The community thanks you.