11 hostels available. Prices start from $25 for a dorm bed.
We compare all hostel prices in Montreal for you. So you save money and time!

This section is dedicated to take away all your "I wish someone had told me that before I went!" experiences. This way, you are better prepared for what to expect, what not to expect and can spend less time settling in, and more time making new friends in your chosen hostel. We share our insider knowledge of tips, tricks and important things to look out for in Montreal. To help you make friends with Montreal before you visit, we've included a few helpful and fun things you should know about the area. Enjoy!

Guess what? Montreal is also named and spelled Montréal - It is the same destination. Goodbye confusion. 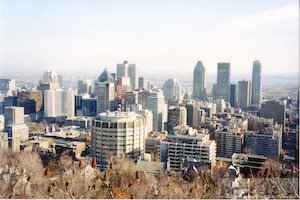 Montreal, French Canada's largest city, is a popular tourist destination and understandably so, since on top of having pleasant neighborhoods, this is the only major French-speaking city in the United States and Canada. The local culture is certainly unique, since the city has evolved under Canadian influence while maintaining its French roots and international connections. The city certainly has a French flair, also culturally, although aesthetically the city is largely Canadian with wide streets and sprawling suburbs. Nonetheless there are certain perks in town that are more common in European cities of a similar size, like the excellent Metro subway system, which you can use to access your Montreal hostel. The local language isn't a huge challenge for visitors, as most locals speak at least conversational English as well as French, though French-speaking people from the rest of the world may have some issues understanding the stronger accents among locals.

As far as hostels in Montreal go, it fair to say that the city is somewhat a mix of the common hostel scenes in Europe and North America. That means that the Montreal hostels tend to be well kept and not attract as many transient people as many other hostels in Canada and the US. Also there is an above-average number of hostels in town, making it easy to find a bed. Nonetheless, you'll want to book ahead during major festivals, as there are many, many people looking for somewhere to stay at these times. The metro is excellent and has wide coverage of the city, so you'll probably want to stay near it. Driving in Montreal isn't hard either, but parking can be challenging and expensive. Most bicyclists will be content with the facilities here, and happy that drivers are used to and aware of bikes.

There are plenty of frequently asked questions about hostels in Montreal. We've collected the most common questions and doubts when it comes to picking your preferred accommodation in Montreal. The more you know, the better you can plan with confidence and ease, right?

This makes this very website the best place to find cheap accommodation in Montreal.

What are the best party hostels in Montreal?
M Montreal is the best rated hostel for partying in Montreal.

Hostel? Check! Now let's have at your hostel packing list for Montreal and Canada.

Above we list every single hostel there is in the city. Let us take a broader look at what you can expect - and what not. We created this cheatsheet for you to get a more complete picture of the hostel quality in Montreal, average prices and types of hostels to choose from.
11 Total number of hostels
$32 Average dorm price
$116 Average private room price
$26 Cheapest hostel in Montreal
Alternative Hostel of Old Montreal is the cheapest
3 Party hostels in Montreal
M Montreal is the best rated
Most Montreal hostels are located in
City Centre, Gay Village, Quartier Latin
8.1 Average rating of all hostels

Travel Tips for Montreal - from the Community

Travel Tips for Montreal - from the Community

Hey fam! Here are a few more tips from the community, from them to you, and you to them. This space is dedicated for travellers to share their best tips on backpacking Montreal. Have a closer look - the Hostelz community share real hidden gems, insider knowledge and overall impressions of Montreal. Everyone is welcome to add something useful, funny, unexpected and the "absolutely necessary to know before you go" - share, share and then share a little more!