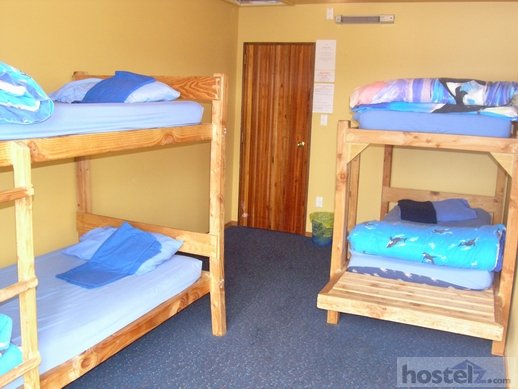 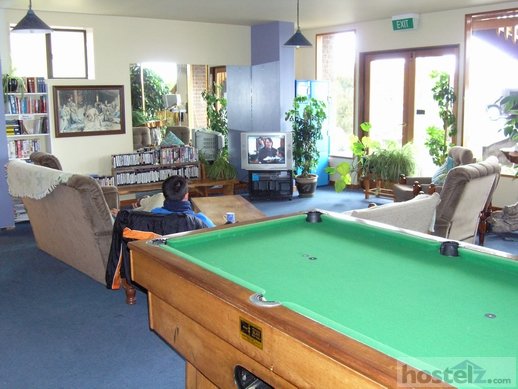 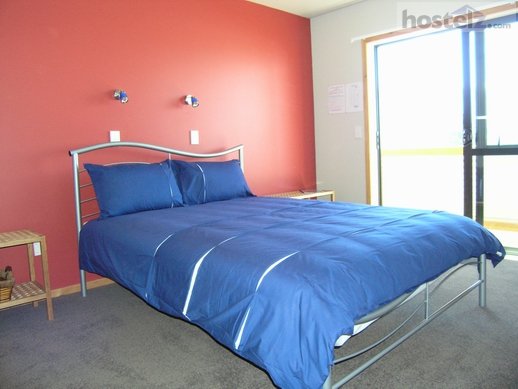 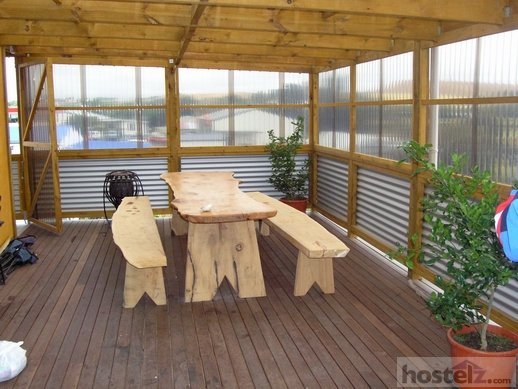 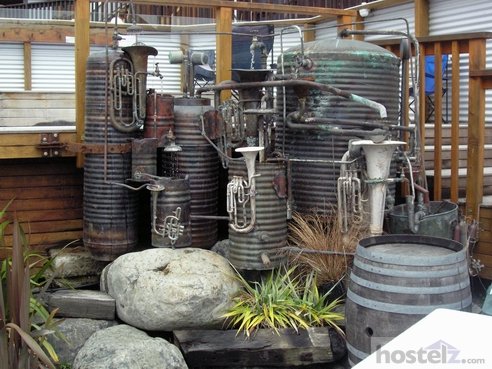 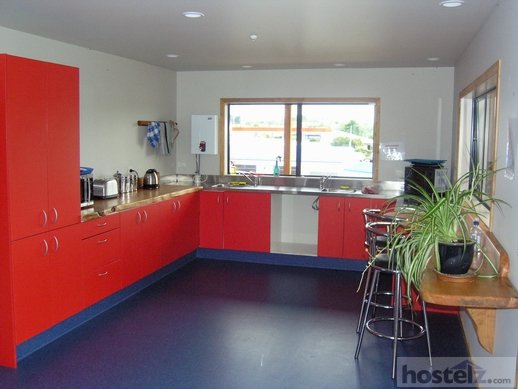 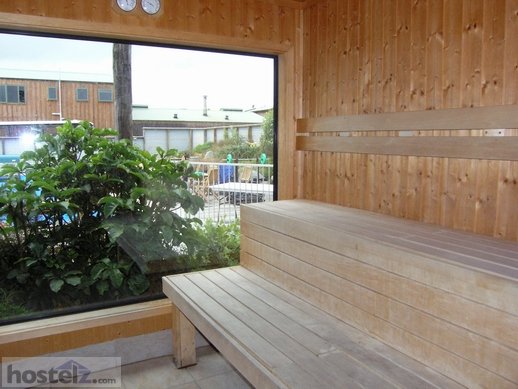 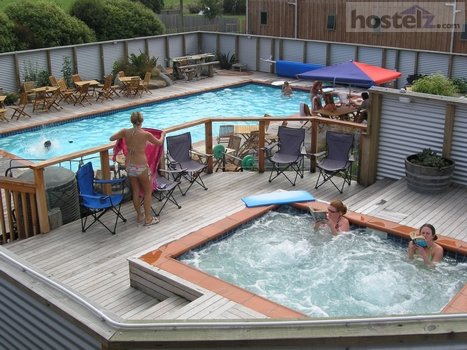 Dusky Lodge & Backpackers is listed at the following booking sites:

Dusky Lodge & Backpackers is listed on the following booking sites:

(if you know the URL of their website, let us know and we'll add it)
Phone Number: (03) 319-5959
To add or correct information for this listing, please use the Listing Correction Form.

Booked this place solely for the pool, but when we checked in we were told it was being painted, and that the spa had a broken pump. Double rooms upstairs are fine if you're the only person up there, but when the room right beside us was occupied we could hear everything they were saying, and people walking around are liable to wake you. A grumpy guy pounded on the door at exactly 10am to ask if we were going to stay another night, not the greatest customer service.

It's a very spacious hostel wit lots of kitchens, lounges sitting and relaxing area. The view out the back is really nice and the swimming pool, hot pool and the sauna are all included in the price and they are open until 9pm. Lots of car parks and the staff was very friendly and helpful. It was cold, but the staff turned on the heater system and lit the fire once I mentioned that was was too cold. They also offered me a spare blanket. I had a very good time there and I think they have fairly new staff there. They were cleaning all the time and the Lodge was kept very tidy. The rooms are a good size, but not much furniture in them. Good for people with lots of luggage like me. It takes a while to walk to the beach and to the town center (10-15min) although you see it from the upstairs part. That's about the downside and that it is next to the road, but only one part of the building. The rest was good! Very good backpackers accommodation with great pool area!

On first sight this place was quite good. Not to dirty (because I have seen worse). There are a lot of facilities and the location is not too bad. Unfortunately this place changed quick into the worst hostel of NZ. The owner was very grumpy and didn't want to talk to his costumers. I tried to say hello but ignored me and everyone else. Because I stayed longer I had a good view of the cleaning in the kitchen. There were only backpacker cleaners and they didn't know much about cleaning. They put all the dirty stuff aside and that was clean, but the worst was that they were stealing food from the customers. After all they were just as bad as the real staff when I figured out that I was paying more than my roommates. I asked the reception why I had to pay more even if I was staying longer. The only answer was, we don't know and I had buss off. Also when I wanted to book a fishing trip they didn't want to book the cheap one. Until I insisted that they had to book the cheap one they gave me a grumpy face and did the job. Now the worst part of the hostel and also the reason that everybody has to stay away. When I left I was covered with red itchy red stains all over my body. My doctor confirmed they were from bedbugs. They have a BEDBUG problem. So don't go to the Dusky lodge. As you can read they are aware of the problem but do nothing about it. SO DON'T GO TO THIS HOSTEL ITS TERRIBLE.

As a seasoned backpacker, often staying in "best bang for my buck" places, this was my worst choice ever. I stayed there back in 2006 and it seems as though things have not changed. It was so cold that people were literally layering all their clothes and still shivering, the rooms stunk of rotten who-knows-what and the manger was unreasonably rude like no one that I have ever encountered anywhere else before. When I politely (I am Canadian, so I always say "please") asked if there was anything that could be done about the temperature, the manager literally turned to me and snarled "if you don't like it, then get the *insert explicit word* out -- we don't like Americans anyway." No exaggeration -- I was shocked and left stuttering. Once I found my words, I once again politely stated that I was not American, but regardless, did not appreciate being spoken to that way. I packed my bags and left. Who needs to be treated that way and chance bedbugs while at it. Spread the word wherever you go, as I soon found out along the travel circuit that I am not the only one who had an experience like this at Dusky's.

The women at the reception is very, very unfriendly and incompetent. I don't know why somebody like her works there, because it seems that she has no idea what she is doing there. The tv is very nice and big, but the dorms are a little bit dirty. Sorry, but this was the worst hostel during our four-months-trip around new zealand!

I stayed two weeks at Dusky! You can walk in ten minutes to the next foodtown and into the city. The pool, spa pool, and the view over the mountains were awesome -- but the showers, toilets, rooms, and beds were dirty! The Hostel offered the guests to stay for free when they clean the hostel in the morning! The Main cleaner had to check everything later! but they didn't! The kitchen was so dirty and sticky, it was disgusting! Total -- I half enjoyed the stay because i met lots of nice people, but on the other half, no comment! At least, the staff were really unfriendly -- not helpful and I had the feeling that they are bored to work and you as a customer felt guilty when you asked something. Bad bad bad.

Stayed here for a couple of nights. The room (especially linen and shower) were dirty. Found numerous hairs (from hair and pubic region) in the bed, the duvet cover had not been cleaned, and we have both got bedbugs from the place and are still itching two weeks later. Not the first instance of bedbugs at this place from what I have heard either. The lady at reception had a terrible attitude also. Wouldn't recommend it to my worst enemy.

How is Dusky Lodge & Backpackers rated on booking websites?

See all 5 hostels in カイコウラ

See all 5 hostels in カイコウラ