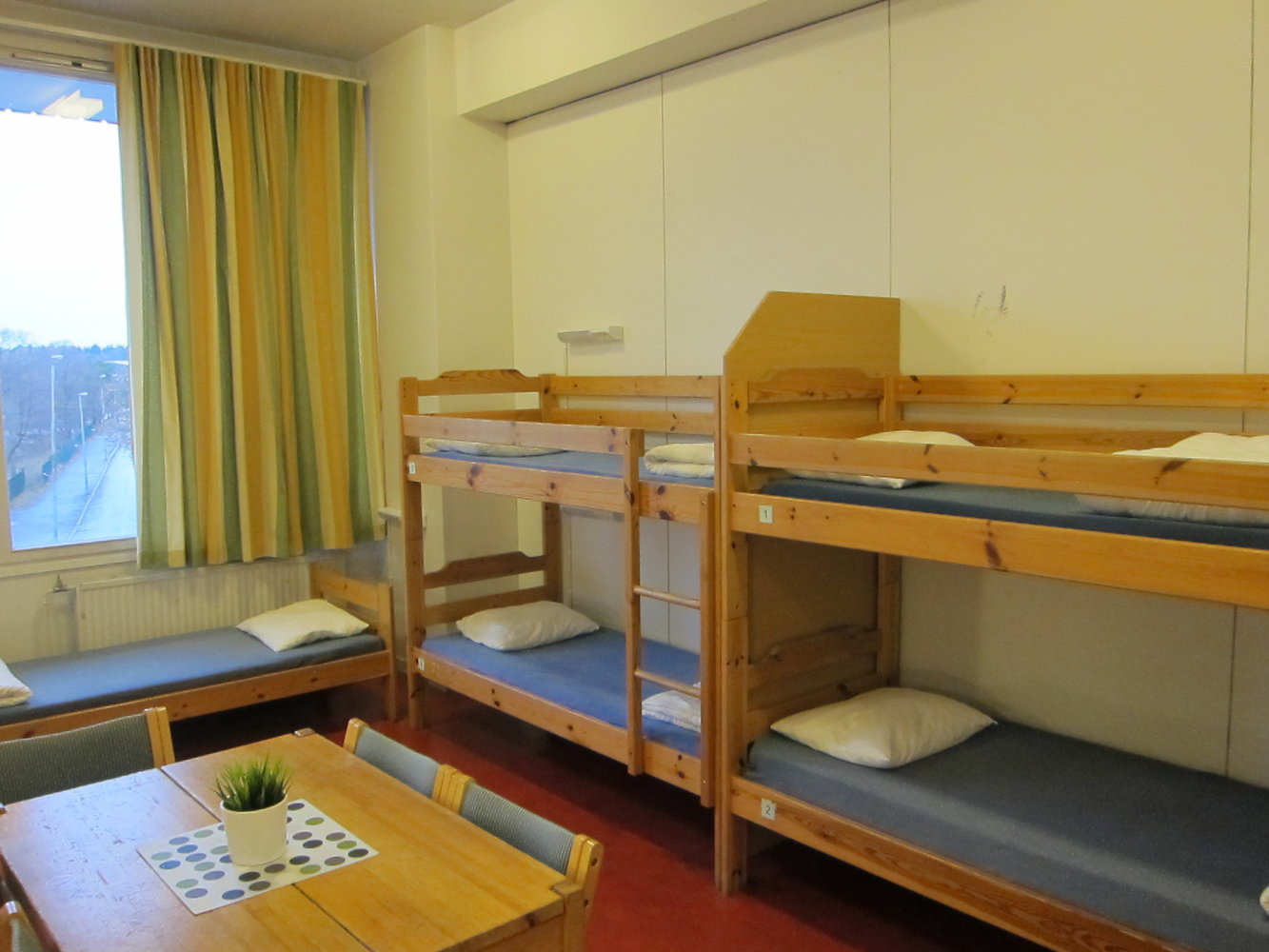 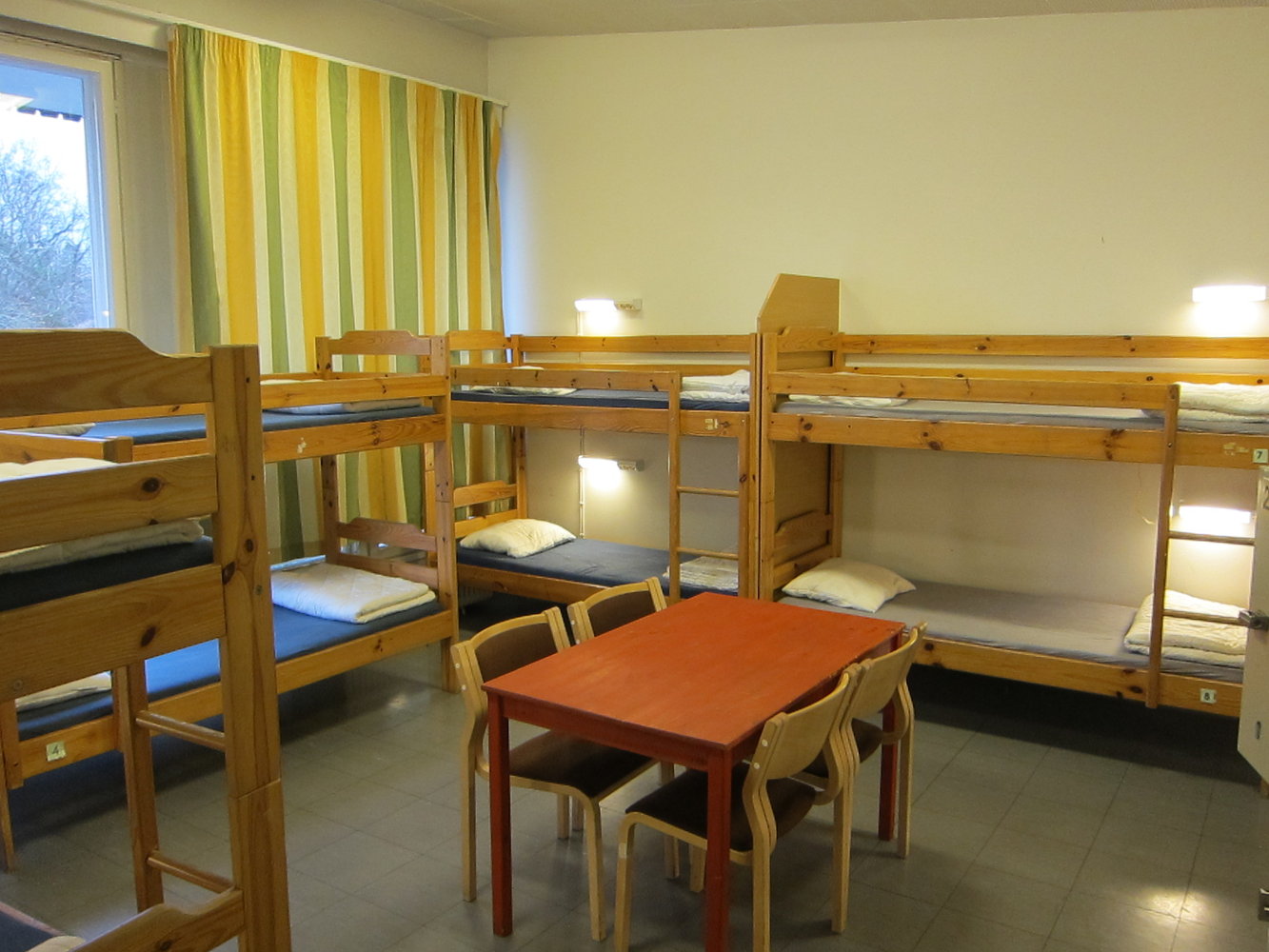 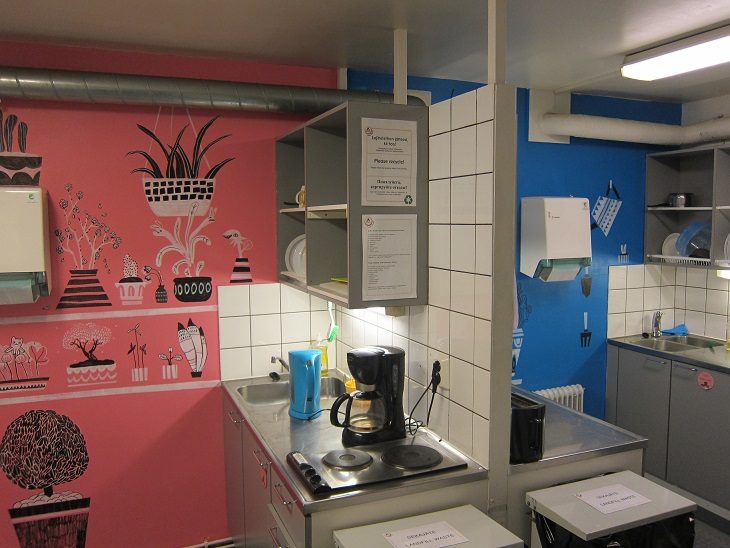 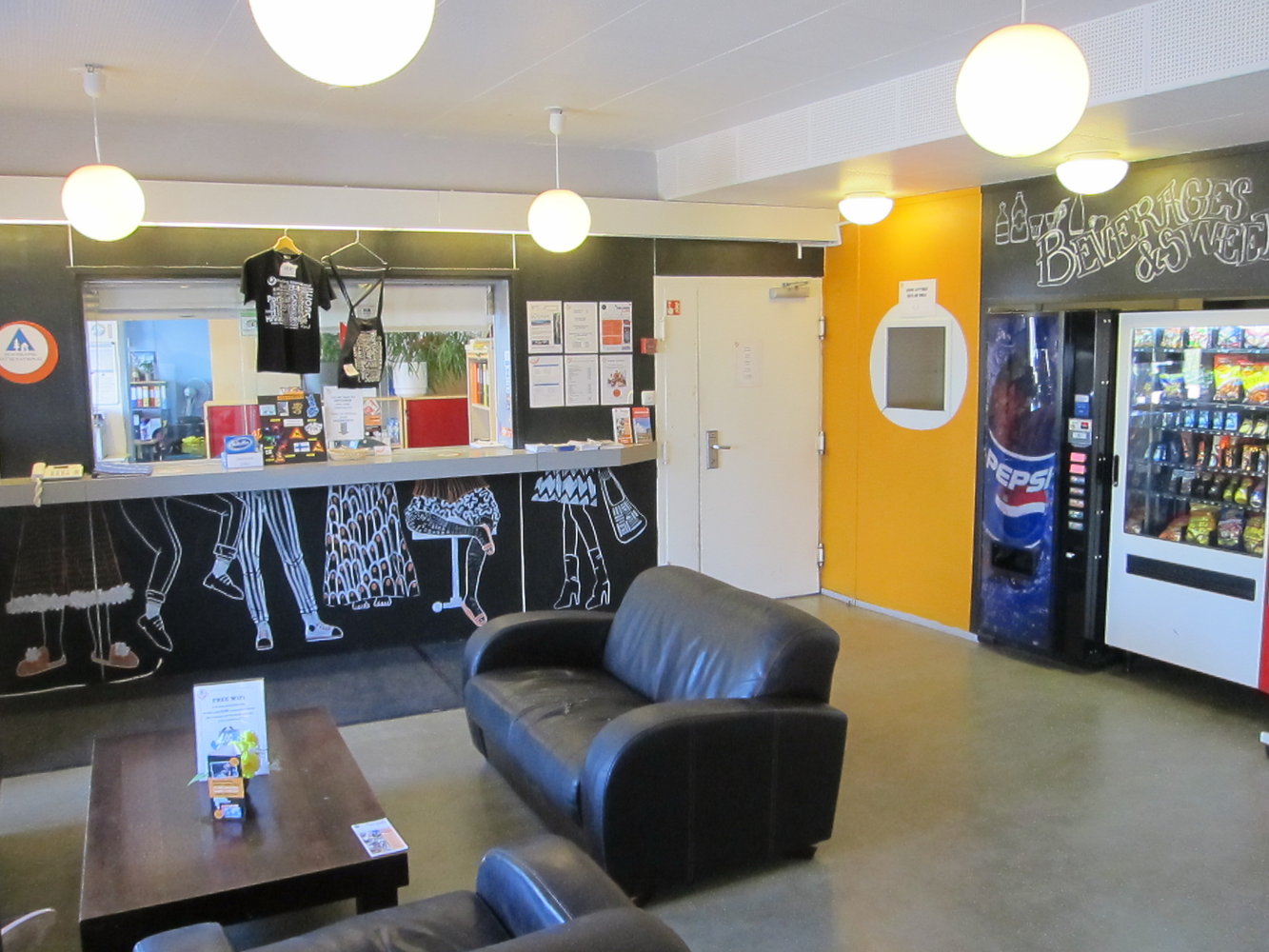 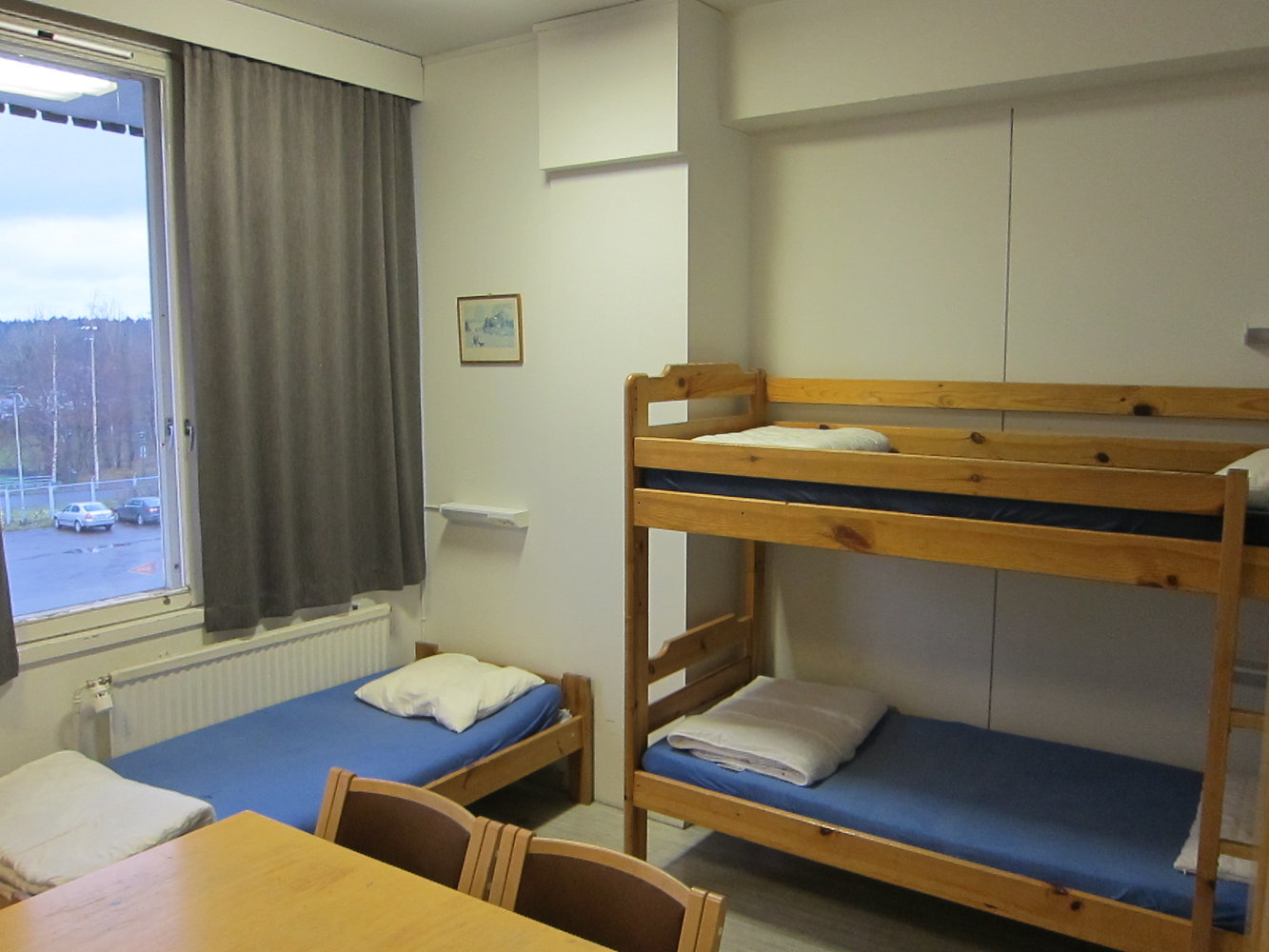 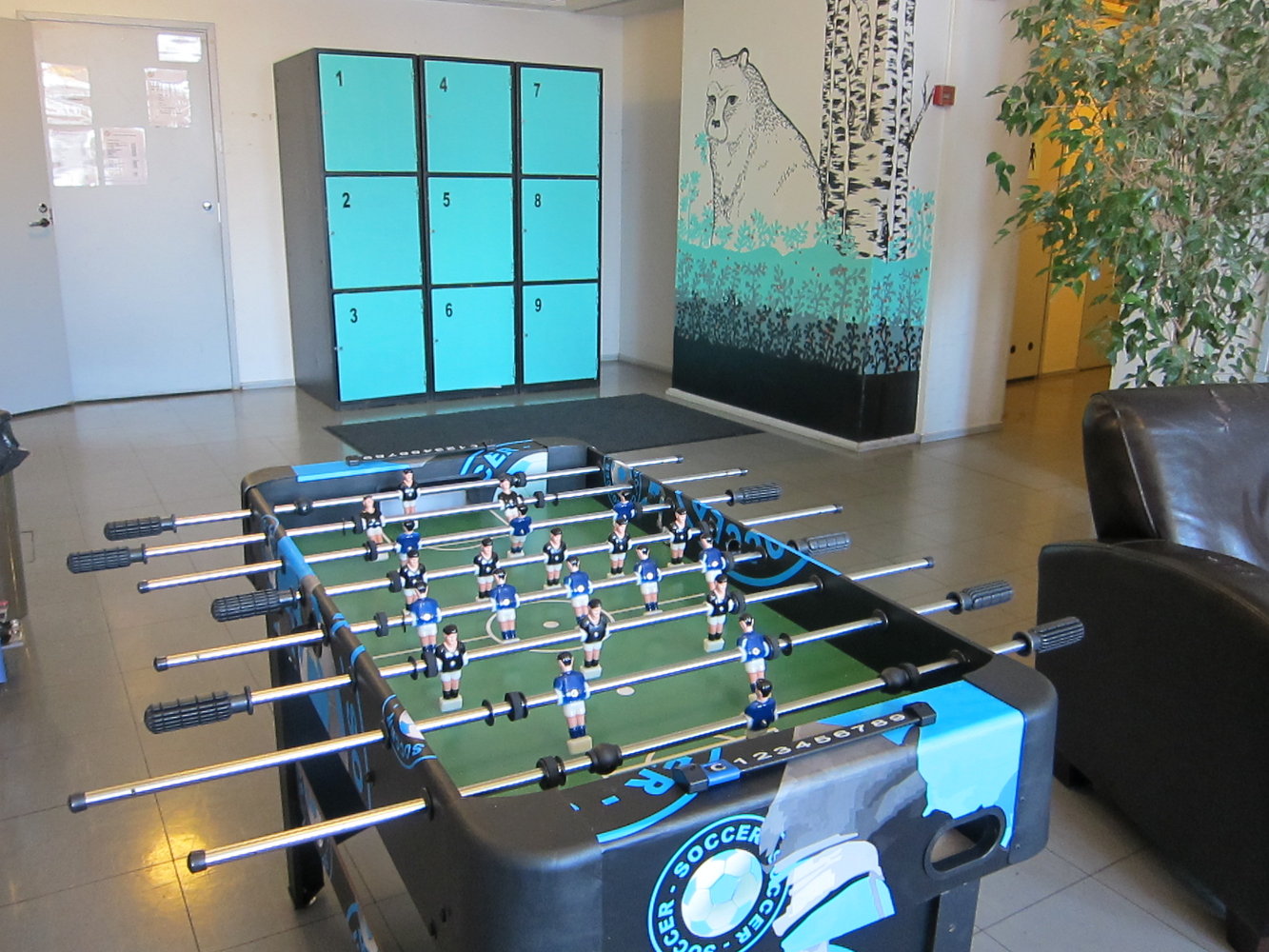 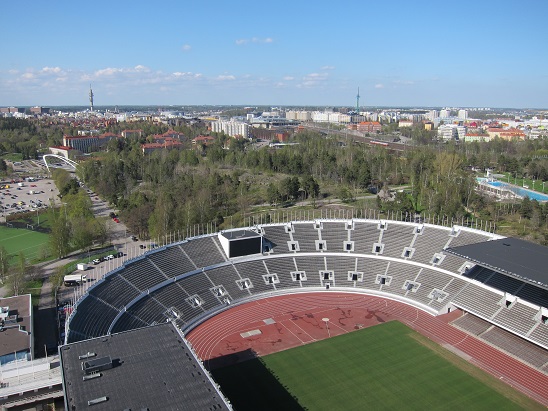 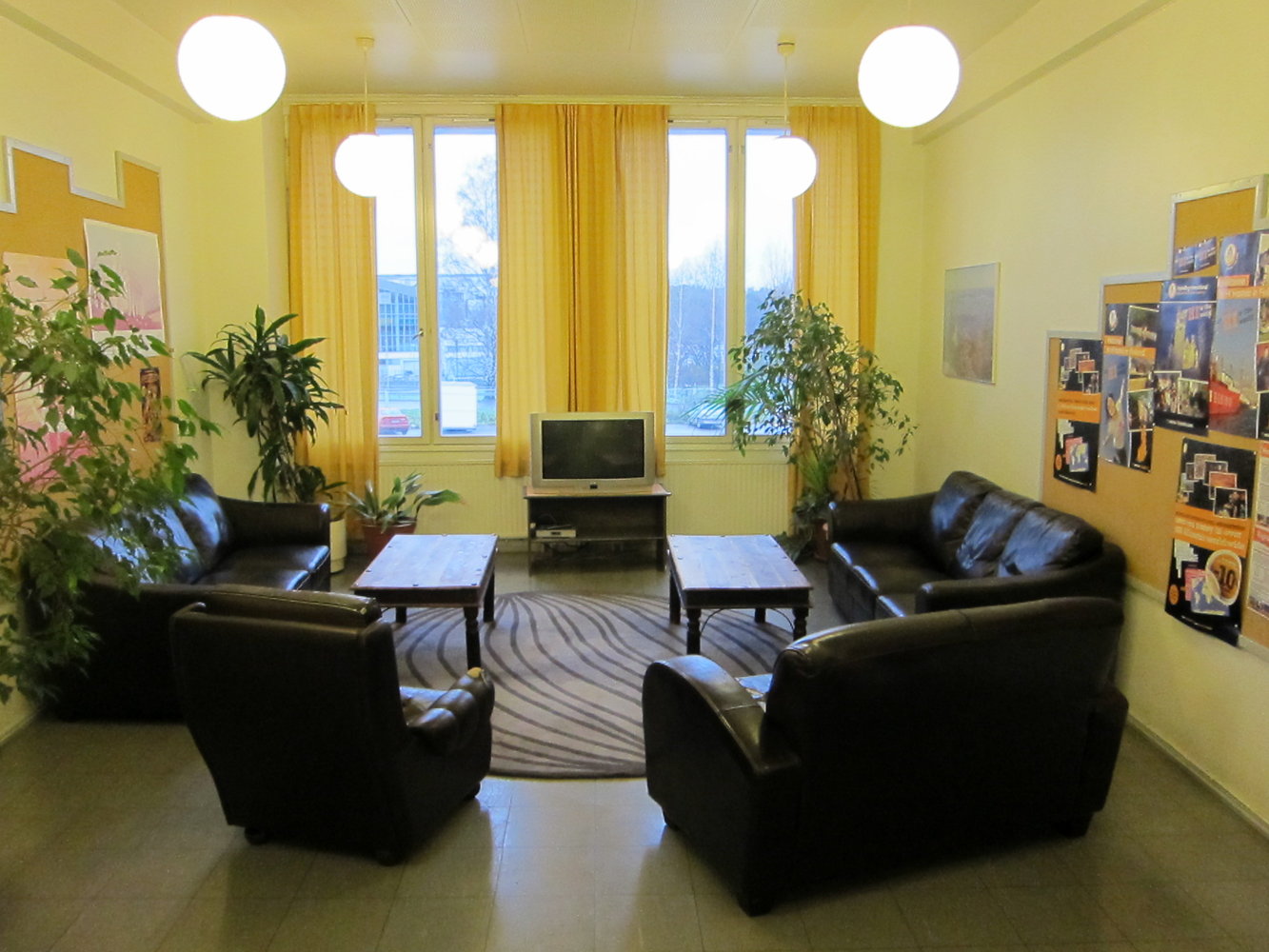 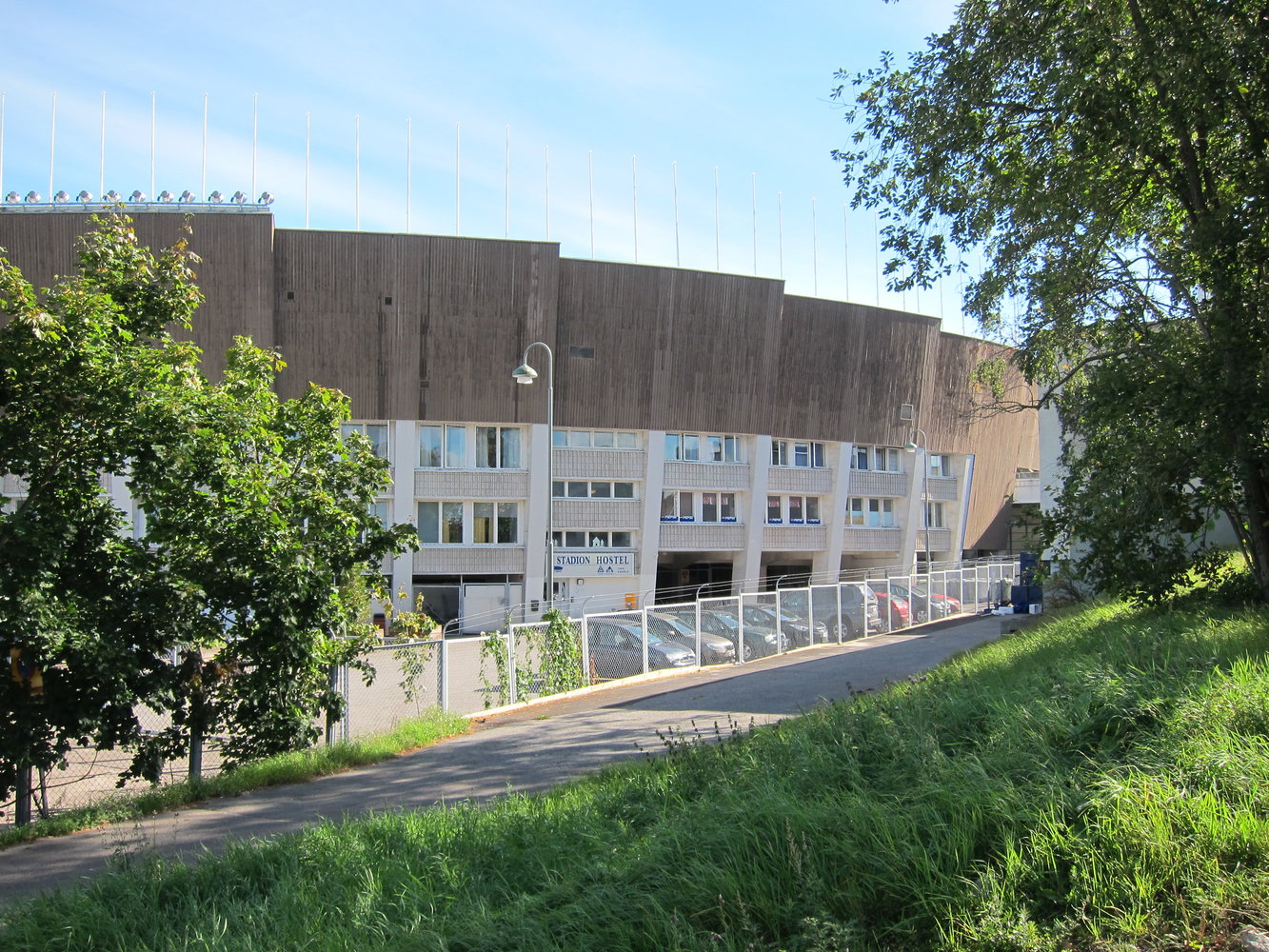 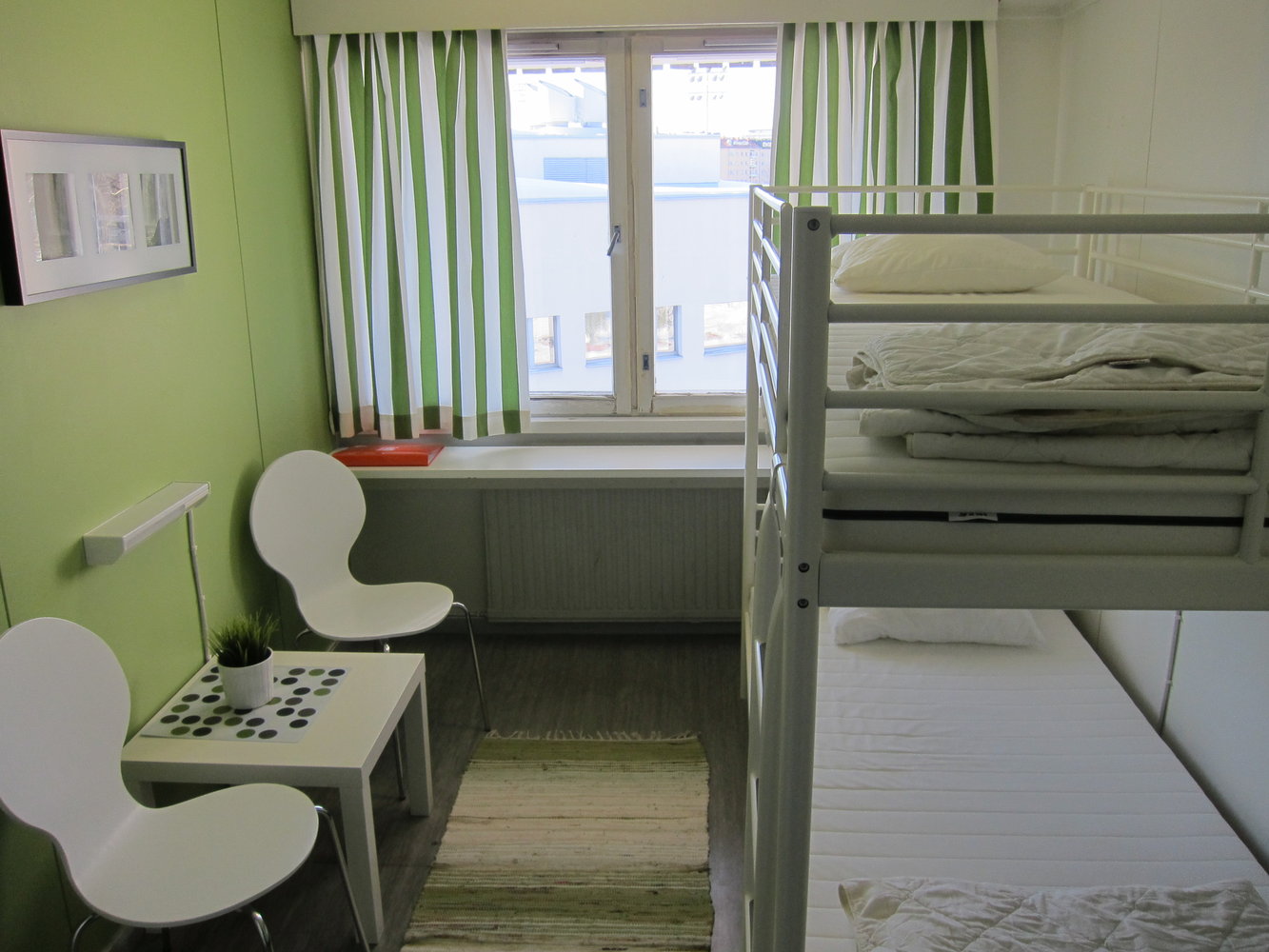 Stadion Hostel is listed on the following booking sites:

www.stadionhostel.fi
Phone Number: +358-9-4778480
To add or correct information for this listing, please use the Listing Correction Form.

Liked -- dorms were quite big; disliked everything else

Extremely overpriced for what you get. This hostel was possibly the worst place we both visited across our many trips. First of all it is hard to find. Staff was grumpy and unhelpful. Technically, there is a kitchen but no equipment whatsoever (not a single cutting knife and 2 pots a hostel as big as this one). Toilets are few and dirty, so are showers. No atmosphere whatsoever, you can find more positive vibes at a funeral than at this place. As other people mentioned, their Wifi sucks and is only available in the lobby. As a result the lobby is only filled with people glued to their smartphones. If you value your mood not being ruined while on holiday, look for something else if you want to stay in Helsinki.

You probably want to take the tram if you're coming from the train station or harbor. And I would take the tram too if you're going to city center (market square and the three smiths). I stayed in a twelve-bed dorm. The room is ok, except my room doesn't seem to require a key card to go in, unlike other rooms in the hostel. There are lockers outside my room, though some of them seem somewhat broken. Bathroom is fine (looks like they recently put shower curtains on the guys showers). They have two machines for free internet (a short wait most of the time). Overall, it's probably not the best hostel there is, but I guess it's an ok place to stay.

I guess I would stay here again, and recommend it but with some comments. The staff were polite enough but seemed like they had worked there too long. The showers/bathrooms were clean enough. The ladies toilets were a little off putting as they didn't have closed sanitary disposal bins. It seems to lack character and is a bit sterile here, but most HIs I've found are like this. It is definitely removed from the city centre, sorry but I don't agree that it's centrally located. It's a good hike and especially with your packs on even more so. I would recommend being a fit person or expect to take some breaks along the way to/from ferry or train terminals.

My friend and I decided to resolve the great "How long to walk there from the station debate". Allowing for time to get our bearings and assuming you don't stop for pedestrian lights it took two fit boys 25 minutes to walk there at a medium-fast pace with 15kg packs. So now we know.The hostel itself is a large HI hostel built around the old olympic stadium. It's about as clean as most HI hostels are, I spotted the same unidentified body product in a sink two mornings in a row. I also get a sense the they are poor at maintaining this hostel. For example three out of four urinals in the mens toilets had black plastic over them to stop you using them, I am assuming they were broken!On the up side the breakfast is good and the staff friendly. Watch out for that 3AM lockout though, Helsinki tends to close at 4AM and we got trapped.All in all there are better options in Helsinki if you look around, my friend moved to another HI closer to the city which he said was better, although I didn't go there myself. Andy Hall 26/9/06

We stayed here 15-16 JUL 2004. This was an excellent hostel for myself and my two children (daughter, 13; son, 15). I had made the reservation for this hostel less than 48 hours prior, and I think I was lucky to get in here. All of the other hostels were full. We had just arrived from St. Petersburg on the train, and it was extremely easy for us to find Stadion. The directions are simple, the tram is effecient, and food (McDonalds--accepted my charge card) is not too far away if you're starving. The downside was no readily evident, easy use sauna, which is a plus at the other hostels. Regardless, I found this a wonderful place for us to stay! I recommend it to anybody else with family. (In fact, I met another family motor/camping throughout Scandinavia, who are going all the way to North Cape and the islands!)

Fantastic location. An Olympic stadium! The facilities were excellent. It was a quiet place but I can imagine that it can get very busy. Trams stop nearby so it is very handy for the city center.

How is Stadion Hostel rated on booking websites?