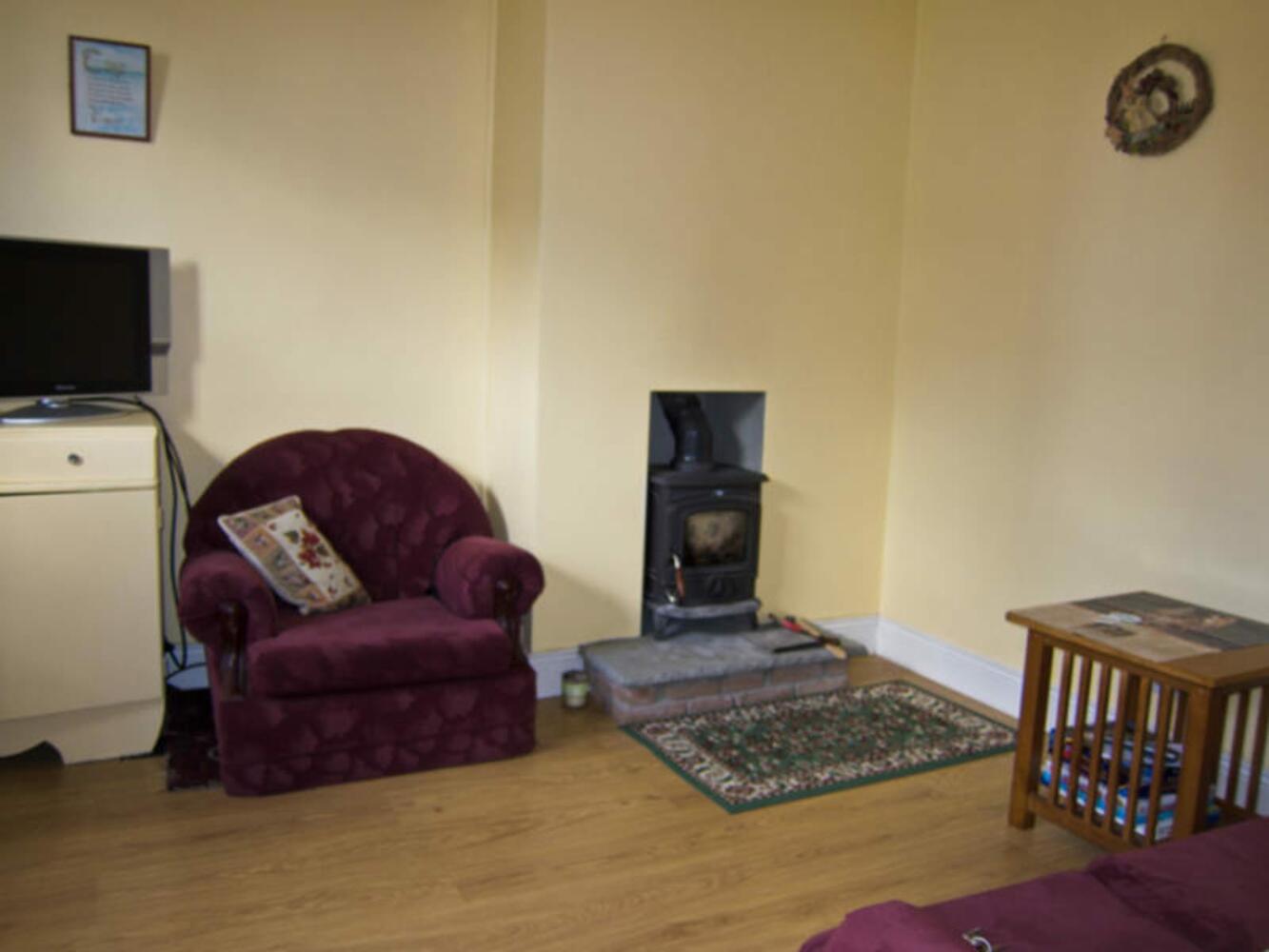 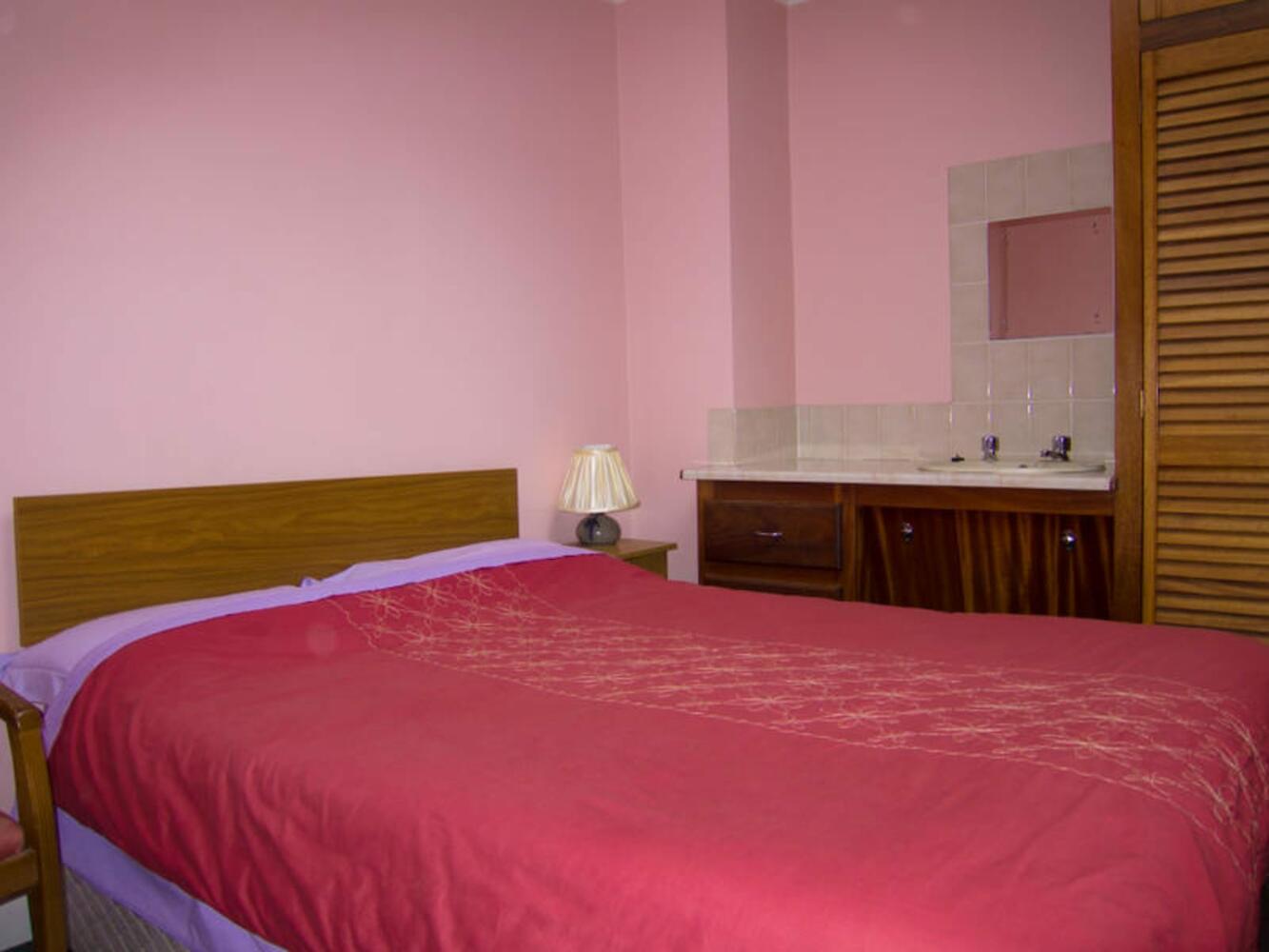 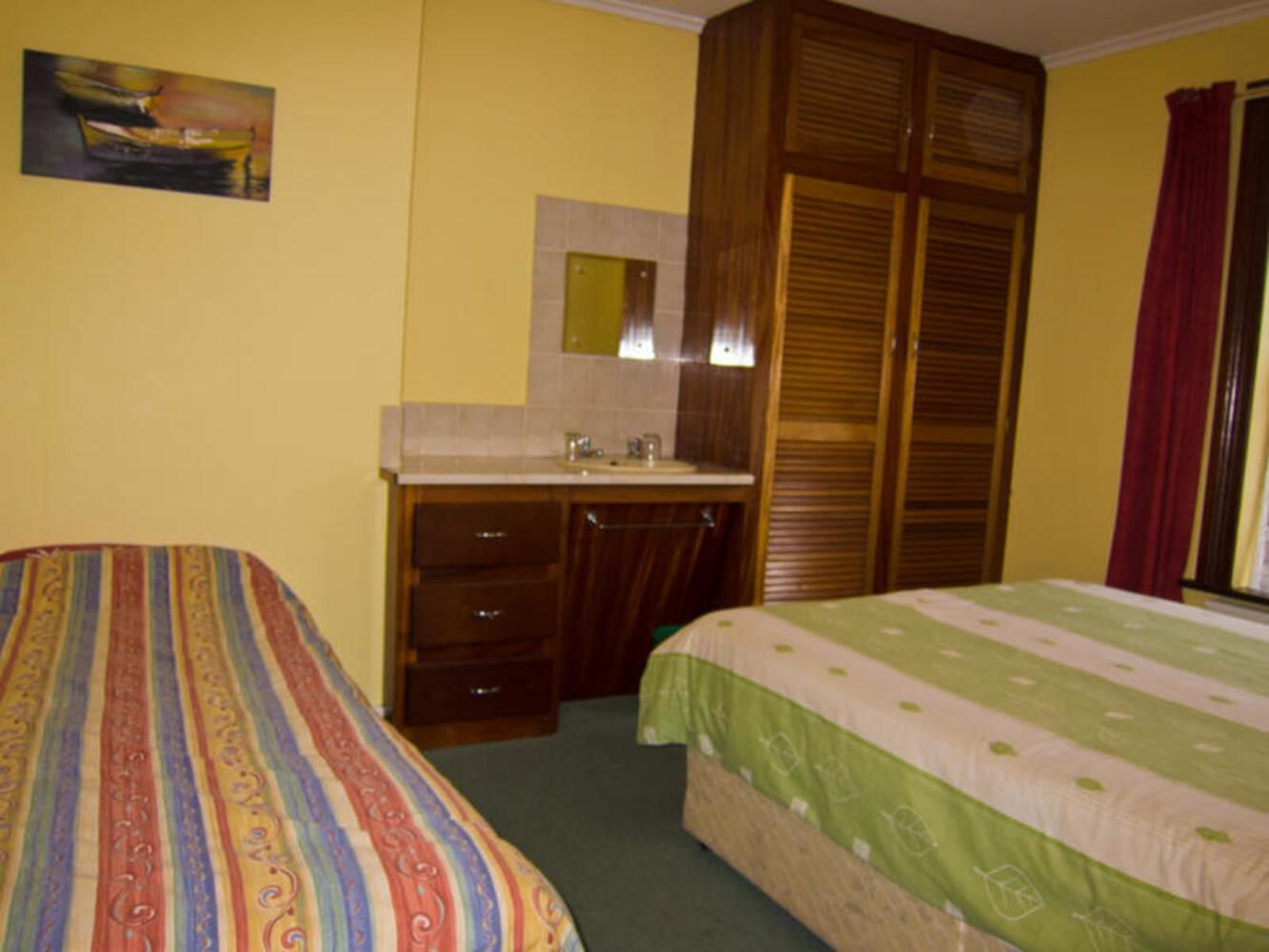 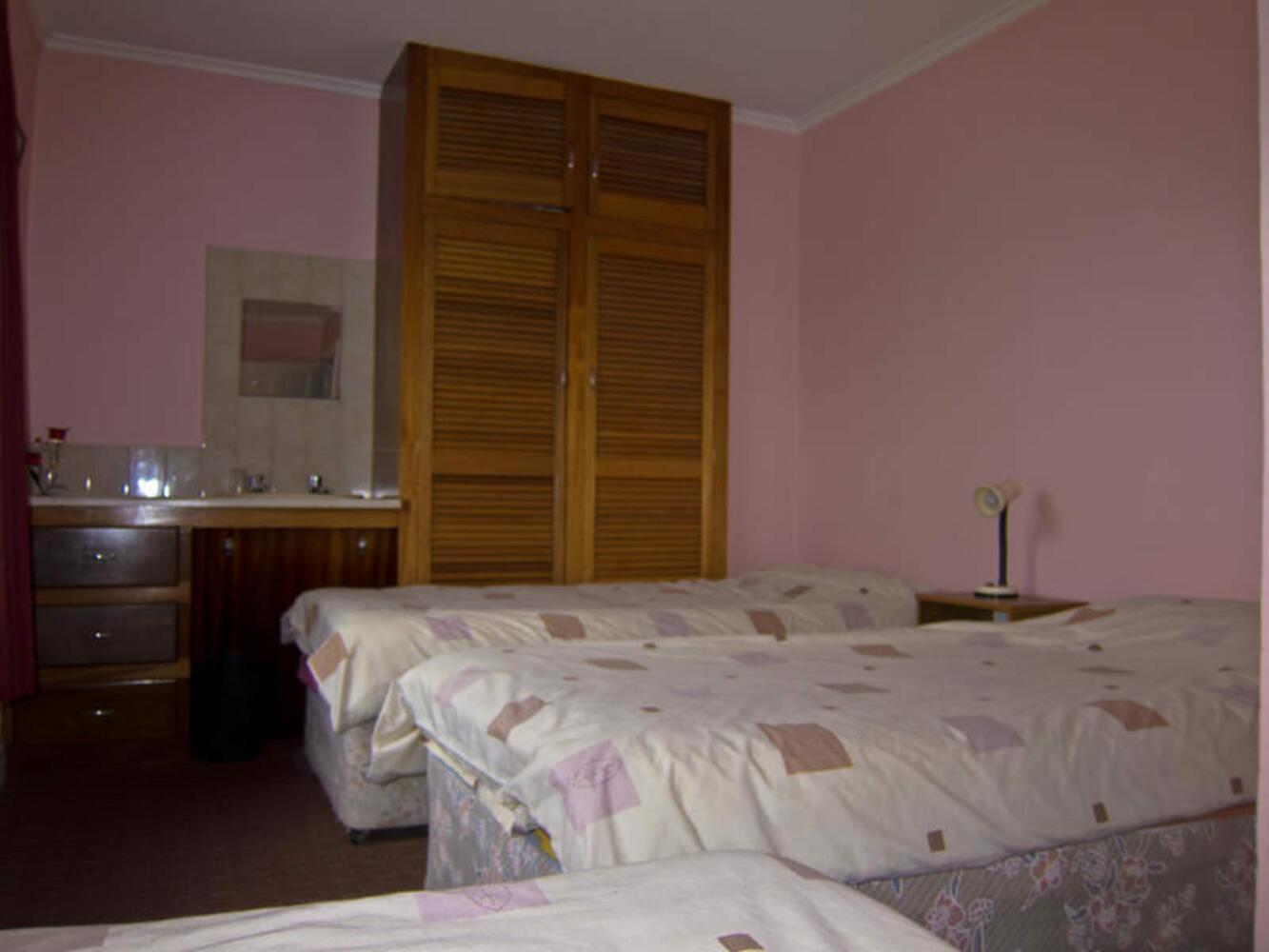 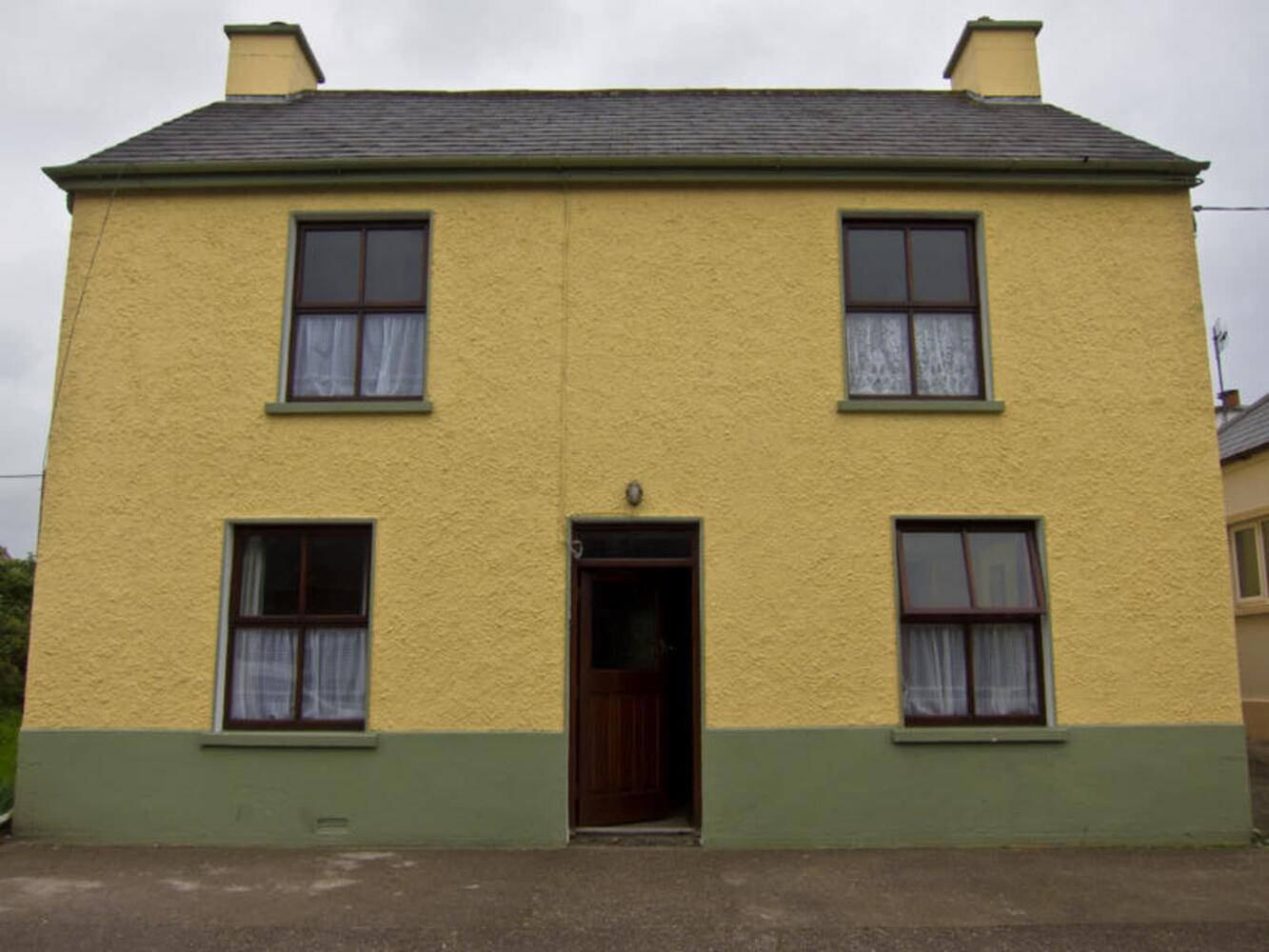 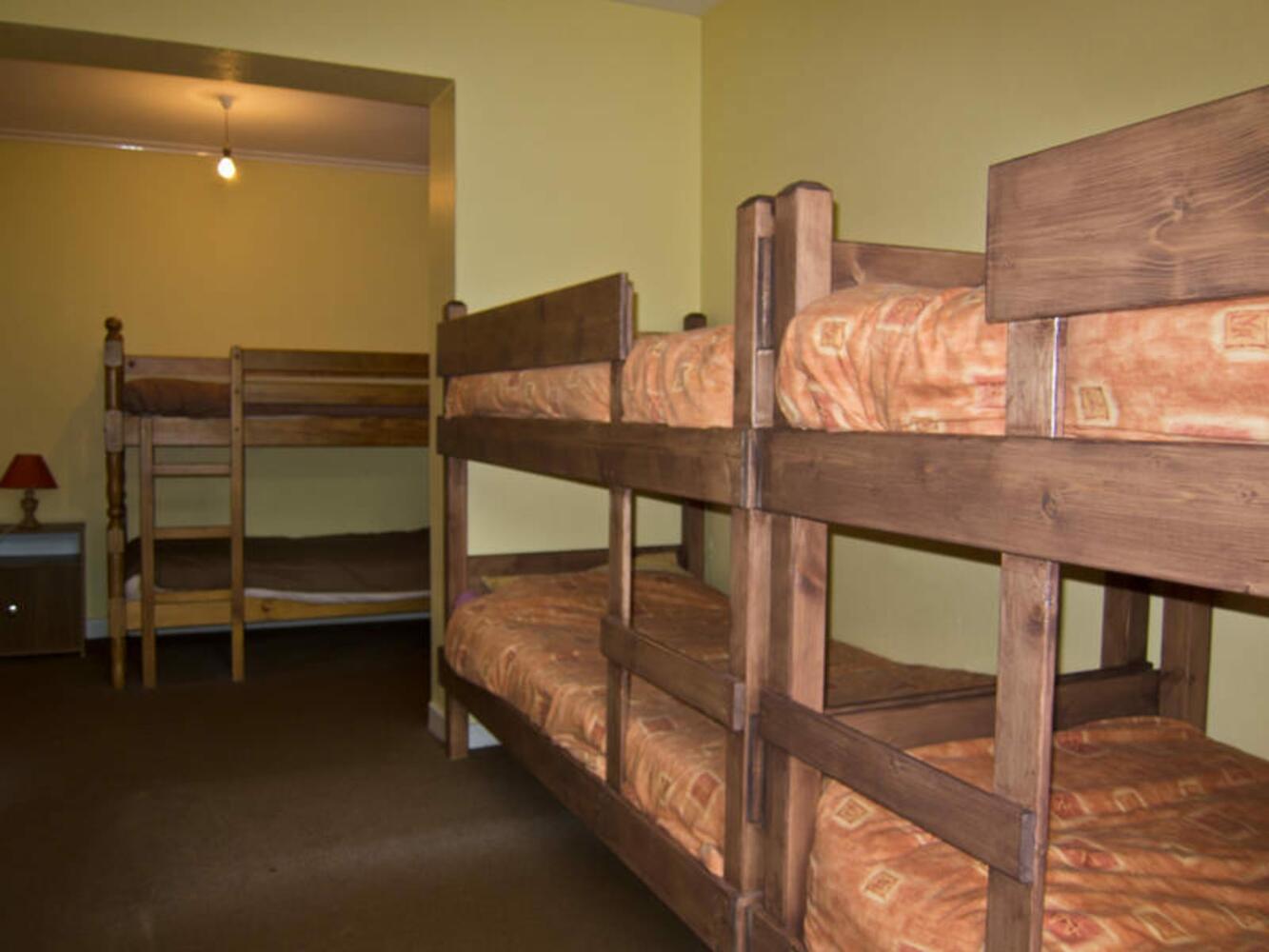 Lovett's Hostel is listed at the following booking sites:

It is the only way to book Lovett's Hostel

Long story short, the hostel is clean, comfortable, and close to town, at a good price. I stayed in the 6 bed dorm room, which was great -- plugins, wifi, sink, coat hooks. The kitchen is good, but very small, with a table that will only seat four people comfortably, but it's full of brochures and recommendations. Bathrooms are clean, with nice electric showers. There's also a small sitting room. The main thing to note is that it's a family hostel, run out of a family's home. So you can't be too loud late at night, you can't drink in the bedrooms, and it seems the host comes and goes as she pleases in the dorm room. One morning I was there, she opened the door unannounced, came in and turned on the lights while all six of us were sleeping, to ask who of us were staying or leaving. Incredibly rude and unnecessary. She also gets a bit nosy not just asking you about your day, but asking prices, only to tell you how expensive it is ... then pushes you to rent a bike constantly, because her husband owns the bike rentals. Besides those things, she's very accommodating and kind, and it's a comfortable place to catch some Zzz's after a great day on the peninsula.

I spent two days at Lovett's Hostel and I only remember good things. They were very kind to me. The room was clean and the bed was good. I recommend this hostel!

NOT clean, NOT friendly

I feel like an idiot since I read bad reviews before going to Dingle, but forgot. I had reserved someplace else, but felt I was overpaying based on everywhere else we were in Ireland. So we stopped in here and it seemed ok. First of all, cash or credit card? Not according to her when we were there, she wanted cash. The room looked ok, if basic, but on closer inspection, the carpet was so nasty, It had not been vacuumed in ages. There was dust on the surfaces. The bathrooms were reasonably clean, but didn't have so much as hand soap or a paper holder, so the TP was propped elsewhere or on the floor. It was so awkward that their kid was fixing his breakfast in the hostel kitchen. The kitchen was minimal, but adequate. There were two bathrooms for all these rooms. It was ridiculous. Helen, the owner was SO unfriendly. Even my husband was annoyed by it, and he's not the most social person. The morning we were leaving, she literally walked past us without saying a word. Not a Thanks or Goodbye. There is no wi-fi, so even tho we had our laptop, you had to use their antique computer if you wanted to go online.

Has to be most ignorant management ever. Did the women ever hear of manners?

This is my first time staying in a hostel, but it was exactly what I expected. I don't see why people are complaining about service, if you want that you should surely go to a hotel? I went to a hostel because I wanted something cheap, comfortable, and close to town, and I got all three. I would recommend it.

There's nothing fancy about this hostel just good old down to earth Irishness. The family that run the show were hilarious, with a real dry humour that could be mistaken for rudeness but definitely wasn't meant so. Conversing in English and Gaelic, they were friendly and helpful, supplying butter, clingfilm, and even a makeshift belt for my boyfriend's trousers! The rooms were spotless and comfortable and included a sink. The hostel is 2 minutes walk from Dingle town. The showers were electric so no fear of a cold one. The kitchen is a little bit pokey, but has all the utensils you could need. We felt really comfortable and welcome, would definitely recommend. Just have the craic with the owners and you'll be fine!

Before beginning, I would recommend anyone with a choice not to stay here. I'd rather pay a few euro more than feel completely uneasy and uncomfortable for the duration of my stay, not only did the owner walk in freely into the room but also had a cold presence which made me wonder why this woman would ever desire to invite people into her home. Just to name a few things that added to this atrocious experience -- the bathroom was upstairs, which was inconvenient and awkward; the duvets were not washed and she was cleaning the room before our checkout time; and she never provided a breakfast as falsely advertised. I could continue to elaborate on my painful stay but I'll I'd rather leave with a final note of zero star rating.

I stayed in Lovetts House for two nights and when I arrived I really liked the place, which seemed more like a family house than a hostel. Close to the harbour it is well-situated and you can reach everything within minutes. At the beginning the woman who runs the hostel was very friendly, she seemed to be in a chatty mood and recommended places to go and gave us sightseeing tips. When we arrived at Lovett's House, she wasn't in,so her son told us to give him the money that was due for the two nights. In the evening when the woman was at home, she asked us for the money as well and didn't seem to believe that we had already given the money to her son for both nights. When we talked to her for a while she said it was ok but after this incident, she was very rude until we left. She didn't say hello when she saw us and on the next morning I had a shower and after 2 minutes there was no water anymore, so when I told her, she just asked me " How long are you having a shower for already??" in a very rude tone. Furthermore, I booked the 3 mixed dorm-room type and she led us into a 6dorm mixed room with three older men. To sum up, I'd say it was okay staying there if there wouldn't have been this incident with the money and her rude behaviour. I liked the rooms, compared to other Hostels they were really clean and nice and so was the kitchen. There are many kitchen utensils and it was ok to cook and eat there if you're demands aren't too high.The bathroom was ok as well, there are actually two of them upstairs, one is very small but the other one was ok except for the shower that seemed a little bit frugally with water.

Öffnungszeiten der Rezeption: 12 am to 9:30pm