13 hostels available. Prices start from $33 for a dorm bed.
We compare all hostel prices in San Diego for you. So you save money and time!

This section is dedicated to take away all your "I wish someone had told me that before I went!" experiences. This way, you can spend less time settling in, and more time making new friends in your chosen hostel. We share our insider knowledge of tips, tricks and important things to look out for in San Diego. 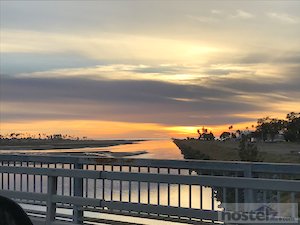 There are plenty of great San Diego hostels to choose from. San Diego is located at the southern-most tip of California, not far from the Mexican border. Known both as a beach destination and as the home of the United States Navy, San Diego is situated right on the Mexican border and has a population of over 1.3 million. San Diego is one of the wealthiest cities in the U.S, and has also been chosen as the fifth best place to live in the world (Money Magazine, 2006), but the San Diego hostels are still reasonably priced.

San Diego is divided into multiple districts. There are many interesting places to see Downtown, in Balboa Park, and in Old Town (as well as all the other districts of course). There is a selection of San Diego hostels with good quality and moderate prices.

Beaches are the one thing you probably won't want to miss in San Diego. There are miles and miles of beaches for swimming, surfing, sailing, boating, and more. San Diego also has one of the world's best zoos, situated in Balboa Park. The Sea World is also a well known destination. There is a lot of good shopping to do in the city too, with many shopping centers located around the city. Take a look at the San Diego hostels list and enjoy your trip.

We've collected the most common questions for hostels in San Diego. The more you know, the better you can plan with confidence and ease, right?

This makes Hostelz.com the best place to find cheap accommodation in San Diego.

Above we list every single hostel there is in the city. Let us take a broader look at what you can expect - and what not. We created this cheatsheet for you to get a more complete picture of the hostel quality in San Diego, average prices and types of hostels to choose from.
13 Total number of hostels
$48 Average dorm price
$135 Average private room price
$35 Cheapest hostel in San Diego
Hostel on 3rd is the cheapest
2 Party hostels in San Diego
Lucky D's Hostel is the best rated
Most San Diego hostels are located in
Gaslamp Quarter, Little Italy
6.1 Average rating of all hostels

Travel Tips for San Diego - from the Community

Travel Tips for San Diego - from the Community

Hey fam! Here are a few more tips from the community, from them to you, and you to them. This space is dedicated for travellers to share their best tips on backpacking San Diego. Have a closer look - the Hostelz community share real hidden gems, insider knowledge and overall impressions of San Diego. Everyone is welcome to add something useful, funny, unexpected and the "absolutely necessary to know before you go" - share, share and then share a little more!