12 hostels available. Prices start from $12 for a :roomType.
We compare all hostel prices in Kazan for you. So you save money and time!

This section is dedicated to take away all your "I wish someone had told me that before I went!" experiences. This way, you are better prepared for what to expect, what not to expect and can spend less time settling in, and more time making new friends in your chosen hostel. We share our insider knowledge of tips, tricks and important things to look out for in Kazan. To help you make friends with Kazan before you visit, we've included a few helpful and fun things you should know about the area. Enjoy! 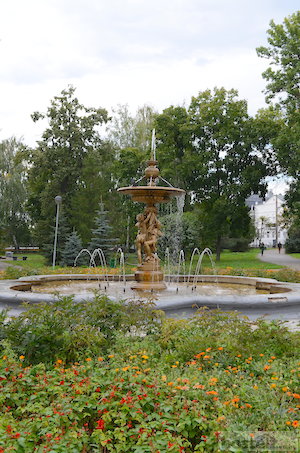 Kazan is one of the fastest-developing cities in Russia and maybe even in Europe. It is one of the cities that has been benefiting most from the return of capitalism in Russia. There is a vast choice of Kazan hostels in practically every part of the city -- they are not expensive and most of them are quite spacious. As Kazan is the capital of the Republic of Tatarstan, it is the major center of Tatar culture and there are many Tatars living in the city. There are nationalistic groups, but they are not aggressive (still, you should refrain from making Tatar jokes).

Kazan has turned into a sport center, as well; if you like sports, Kazan has much to offer. There are strong basketball and water polo teams -- Zenit Kazan has been a two-time European Volleyball Champion in the last five years, the Bars Kazan has established itself as one of the strongest hockey teams in Europe, and Rubin Kazan has been a two-time Russian football champion and has scored memorable victories against teams like FC Barcelona and FC Liverpool. Some Kazan hostels are not far from the main sport facilities. There are also many universities and there are great clubs and pubs.

Kazan is not only one of the cleanest large Russian cities but has many interesting sights, such as the Kazan Kremlin, the Annunciation Cathedral (built in the sixteenth century), the Soyembika Tower, the Marcani Mosque, and the Kazan Town Hall. There are also many picturesque views from both banks of the Kazanka River.

Kazan has many things to offer and is definitely a city on the rise. Traveling by train can take some time, but there are regular flights from Moscow and Saint Petersburg. It is definitely a multicultural city that must be visited for longer than a day or two. The winters are always very cold, so be prepared!

There are plenty of frequently asked questions about hostels in Kazan. We've collected the most common questions and doubts when it comes to picking your preferred accommodation in Kazan. The more you know, the better you can plan with confidence and ease, right?

This makes this very website the best place to find cheap accommodation in Kazan.

Hostel? Check! Now let's have at your hostel packing list for Kazan and Russia.

Above we list every single hostel there is in the city. Let us take a broader look at what you can expect - and what not. We created this cheatsheet for you to get a more complete picture of the hostel quality in Kazan, average prices and types of hostels to choose from.
12 Total number of hostels
$12 Average dorm price
$11 Cheapest hostel in Kazan
Backpack Hostel Kazan is the cheapest
1 Party hostels in Kazan
I&I Hostel is the best rated
1.5 Average rating of all hostels

Travel Tips for Kazan - from the Community

Travel Tips for Kazan - from the Community

Hey fam! Here are a few more tips from the community, from them to you, and you to them. This space is dedicated for travellers to share their best tips on backpacking Kazan. Have a closer look - the Hostelz community share real hidden gems, insider knowledge and overall impressions of Kazan. Everyone is welcome to add something useful, funny, unexpected and the "absolutely necessary to know before you go" - share, share and then share a little more!