3 hostels available. Prices start from $9 for a dorm bed.
We compare all hostel prices in Takamatsu for you. So you save money and time!

This section is dedicated to take away all your "I wish someone had told me that before I went!" experiences. This way, you can spend less time settling in, and more time making new friends in your chosen hostel. We share our insider knowledge of tips, tricks and important things to look out for in Takamatsu. 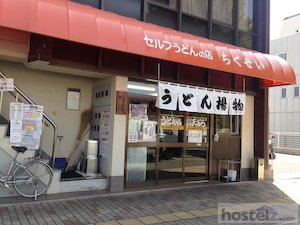 Takamatsu, Japan, is a coastal city in the Kagawa Prefecture on Shikoku Island. Compared to the other four main islands, Shikoku is the smallest and the least-populated island. Takamatsu is the capital of the prefecture and the city has the closest port to Honshu, the largest Japanese island. The geographical location was the reason for the economic growth as a castle town during the Edo period, between the seventeenth and nineteenth century. Nowadays, the city has many important companies' branch offices -- such as the crane manufacturer Tadano -- which are very important for the local economy. Around four hundred twenty thousand people live in the capital of Kagawa Prefecture, which is also known as the “Gateway to Shikoku.”

Ritsurin Park is an outstandingly beautiful park, which was originally built for Sanuki and Sasuma lords. This very large Japanese landscape garden is considered one of the best gardens in Japan. The park boasts hills, several ponds, traditional pavilions, and historic trees. On the premises, you can also find shops, rest houses, and a folk museum. Tamamo Park is another lovely park in the centre, which is also home to the ruins of Takamatsu Castle. The castle was built in the sixteenth century; nowadays, only few original buildings of the castle still stand in this park. The original structures include walls, moats, the Ashaimon Gate, and two turrets. If you are interested in the local history, check out Yashima, a peninsula east of the city centre. The place is famous for the Battle of Yashima, a naval battle in the twelfth century. In Yashima, you can also visit the interesting Yashima Temple and the New Yashima Aquarium.

The area offers numerous hotels and some inexpensive hostels in Takamatsu, Japan, for tourists who plan to stay for some days in the city. The accommodations such as the Takamatsu, Japan hostels are spread in the centre of the city. Almost all of the places have free Wi-Fi and clean facilities. However, free parking is rarely included. If you want to book your Takamatsu, Japan hostel or hotel, do not expect much English. Generally, there are not many English speakers in Japan, even if they work in the tourism sector.

We've collected the most common questions for hostels in Takamatsu. The more you know, the better you can plan with confidence and ease, right?

This makes Hostelz.com the best place to find cheap accommodation in Takamatsu.

Above we list every single hostel there is in the city. Let us take a broader look at what you can expect - and what not. We created this cheatsheet for you to get a more complete picture of the hostel quality in Takamatsu, average prices and types of hostels to choose from.
3 Total number of hostels
2 Party hostels in Takamatsu
Kinco. Hostel + Cafe is the best rated
5.3 Average rating of all hostels

Travel Tips for Takamatsu - from the Community

Travel Tips for Takamatsu - from the Community

Oh man, so far no one from the community has left a comment or travel tips for Takamatsu. How about you kick start the discussion here? Gather your best backpacking recommendations for Takamatsu and jot them down below. The community thanks you.