4 Hostels in Newcastle upon Tyne, England

This section is dedicated to take away all your "I wish someone had told me that before I went!" experiences. This way, you are better prepared for what to expect, what not to expect and can spend less time settling in, and more time making new friends in your chosen hostel. We share our insider knowledge of tips, tricks and important things to look out for in Newcastle upon Tyne. To help you make friends with Newcastle upon Tyne before you visit, we've included a few helpful and fun things you should know about the area. Enjoy!

Guess what? Newcastle upon Tyne is also named and spelled Newcastle - It is the same destination. Goodbye confusion. 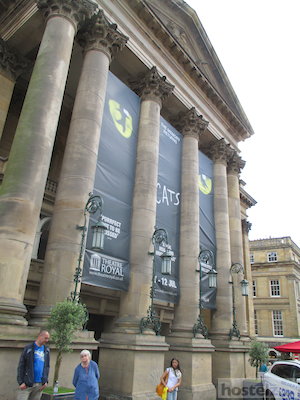 Newcastle is well known as a party city, popular with stag and hen groups, but it's also a great destination for those seeking a cultural break. Once a busy port, the city's riverfront has been completely regenerated in the last decade or so; the former Baltic Flour Mill has been refurbished to create the Baltic Centre for Contemporary Art, while a brand new building, the Sage, is a modern music venue covering a wide variety of genres and is home to students on the University of Northumbria's unique folk music degree. Also on the River Tyne waterfront is the award-winning Millennium Bridge, known locally as the Blinking Eye.

Newcastle is a buzzing mix of traditional and cutting edge sensibility. Grey Street, with its elegant Regency buildings, has been voted the UK’s most beautiful street while the Quayside area has some wonderful, half-timbered buildings dating from the sixteenth century. On the other hand Newcastle is fast becoming well known as a city that is great for business start-ups -- many young companies are based in the Ouseburn area of the city, where you’ll also find the Cluny, a pub and music venue housed in an old tobacco warehouse, and Seven Stories, a visitor attraction focussed on children’s books and reading, which has family events on a daily basis. Near the main train station, the Centre for Life is an interactive learning experience attached to what is probably the most important centre for the study of genetics and fertility in the UK, while the nearby Discovery Museum gets children fascinated with science and technology.

While there’s plenty to do in the city, the coast is just a short ride away on the Tyne and Wear Metro, the local light rail system, which also links the city centre with Newcastle Airport. Newcastle is also a great base for exploring Hadrian’s Wall country with its Roman forts such as Housesteads and Vindolanda. The handsome and historic city of Durham is just fifteen minutes away by train.

With so much going on, you might expect there to be plenty of Newcastle hostel accommodation, but the area has had very little of this until quite recently. There are, however, a couple of options for Newcastle hostels with great locations for all types of experiences and tastes.

FAQ about Newcastle upon Tyne Hostels

How to find hostels in Newcastle upon Tyne?

Hostelz.com shows all 4 Hostels in Newcastle upon Tyne. Simply filter by neighborhood and price to find your perfect budget place to stay.

What are the best hostels in Newcastle upon Tyne for groups?

Albatross Hostel is the best hostel in Newcastle upon Tyne for groups.

What is the best way to find cheap accommodation in Newcastle upon Tyne?

This makes this very website the best place to find cheap accommodation in Newcastle upon Tyne.

What are the best party hostels in Newcastle upon Tyne?

Albatross Hostel is the best rated hostel for partying in Newcastle upon Tyne.
It offers: Pub Crawls.

Travel Tips for Newcastle upon Tyne - from the Community

Hey fam! Here are a few more tips from the community, from them to you, and you to them. This space is dedicated for travellers to share their best tips on backpacking Newcastle upon Tyne. Have a closer look - the Hostelz community share real hidden gems, insider knowledge and overall impressions of Newcastle upon Tyne. Everyone is welcome to add something useful, funny, unexpected and the "absolutely necessary to know before you go" - share, share and then share a little more!

Newcastle is a great base to explore the nearby sights such as Durham and Hadrian's Wall as well as it's great for shopping and families. If you're a couple it's usually always cheaper to get a double room than 2 dorm beds though you may have to stay in a guest house instead of a hostel but it usually includes breakfast. However, a hostel in Newcastle can be more fun. Really a judgement call.

This is a horrible city! It's the sort of place where you get strange looks when they discover you aren't married to a close relative. It's a city in name only!

I live at Newcastle and it's the best place ever.

Hostel? Check! Now let's have at your hostel packing list for Newcastle upon Tyne and England.