All Hostels in Liverpool

Compare prices for hostels in Liverpool with one click. Add your travel dates and see all prices on all hostel booking sites like Hostelworld, Hostelsclub and Booking.com. 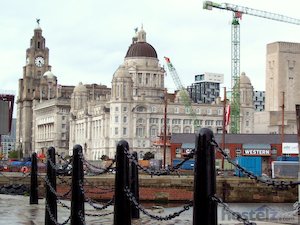 There is a few things you should know about Liverpool hostels and the city in general. Besides comparing you the best and cheapest hostels in Liverpool, we also highlight what we have liked, disliked and things to look out for.

Liverpool is well-known as the birthplace of The Beatles, but there’s so much more to this quirky city than those four Scouse lads.

With many areas revamped after Liverpool’s award of Capital of Culture in 2008, there’s stacks to do and see when you stay at a Liverpool hostel in this friendly, lively city. From public art to free museums, from budget-friendly kooky cafes to fantastic gig venues and the legendary Ferry Across the Mersey, there’s something for everyone, whether you are on a shoestring budget or splashing your cash.

The architecture of the Liverpool docks will help you take a step back in time, and two equally magnificent but very different cathedrals tower over the city. Visitors can catch a game at the famous Anfield football ground, watch a gig at the historic Cavern Club, or dream the day away in the leafy green surrounds of Sefton Park. With great air, rail, and road links as well as a compact city center, it's easy to get to and explore Liverpool.

Just a short drive or bus-ride away from your Liverpool hostel there are National Trust properties, open-access beaches, and the red squirrel nature reserve at Formby. If you fancy a change of scene, there are always the nearby bright lights and fairground rides of Blackpool.

The main hostels in Liverpool are either in the city center which is a short stroll uphill from the train station; located near the waterfront and museums at the docks; or close to one of the city's two football stadiums. There are relatively few actual hostels in Liverpool, and they differ widely in their quality and the facilities on offer.

Things to do in Liverpool

Here is a few more tips from the community. Other travelers share their best tips on backpacking Liverpool:

Try the hop-on, hop-off bus tour. It is the best way to get around town. The Docks is a cool place to visit.