Che Lagarto Hostel - Ilha Grande is a modern building located in front of the beach of Vila do Abraāo (Ilha Grande, Brasil). It has an amazing views of the village and the sea. This hostel is part of a group of hostels that you can find in different cities of Brasil.

The hostel is at the end of the beach; you arrive by boat and you have to walk from the center approximately fifteen minutes. For the last five minutes there's no path, so you have to walk on the sand, and if you bring big luggage it's difficult. It's also next to the only disco of the village, but it isn't noisy during the night. Despite being at the end of the beach, Abraāo is not a big village, so all the facilities are concentrated in a small area.

The hostel has dorm rooms of four, six, and eight people. On the ground floor there are the small dorm rooms of four people and on the first floor there are the biggest rooms of six and eight people. Each of the bunk beds has its own locker big enough to store your luggage. The dorm rooms have air conditioners, and also you have a key card to enter in the room. The plugs are not plentiful enough for all the guests in the room. All the rooms have their own bathroom with a sink, a toilet, and an electric hot shower.

At the entrance you'll find the outdoor common kitchen (you can use it from 3 to 10 p.m.), and next to it is a big terrace used as dinner room and also to chill during the day. There's a common area that's home to the reception, some sofas, and a bar. It has a storage service for the luggage, but is in the common area, in front of the reception, so your bags stay exposed there all day. The common areas are not big enough for the capacity of the hostel.

Che Lagarto Hostel is a good place to meet people. During the afternoon till 12 a.m., there's music and the bar is open. The terrace is one of the best in the village. The breakfast is not included in the price of the room. It has a pay laundry service and also a twenty-four-hour reception.
Photos taken by the Hostelz.com reviewer — Genuine photos you can trust. 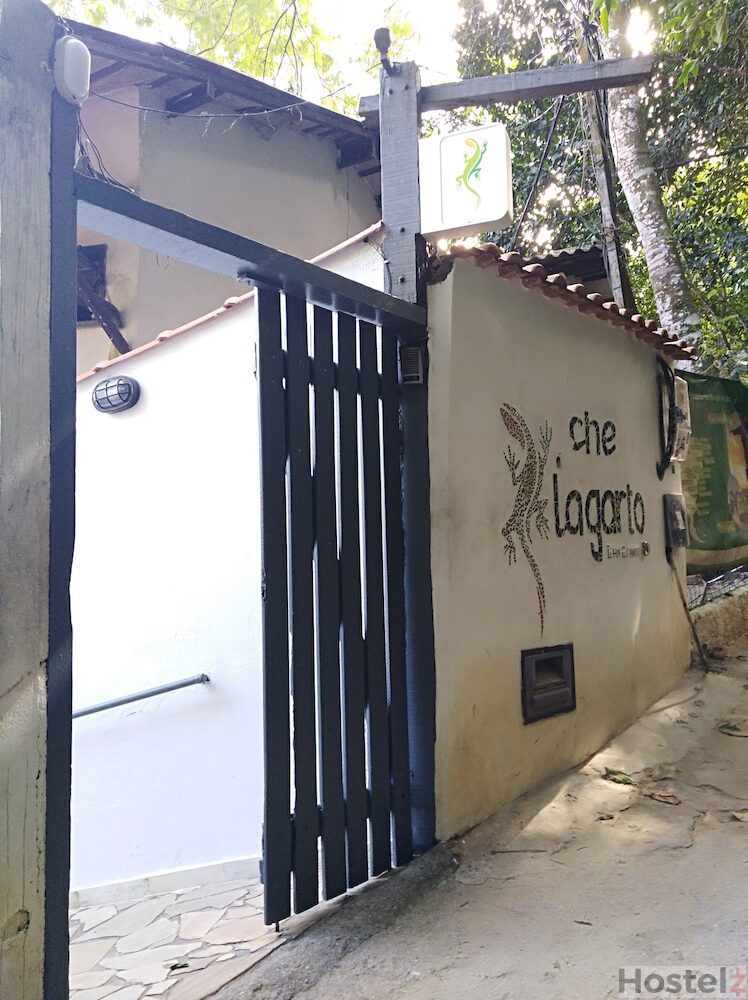 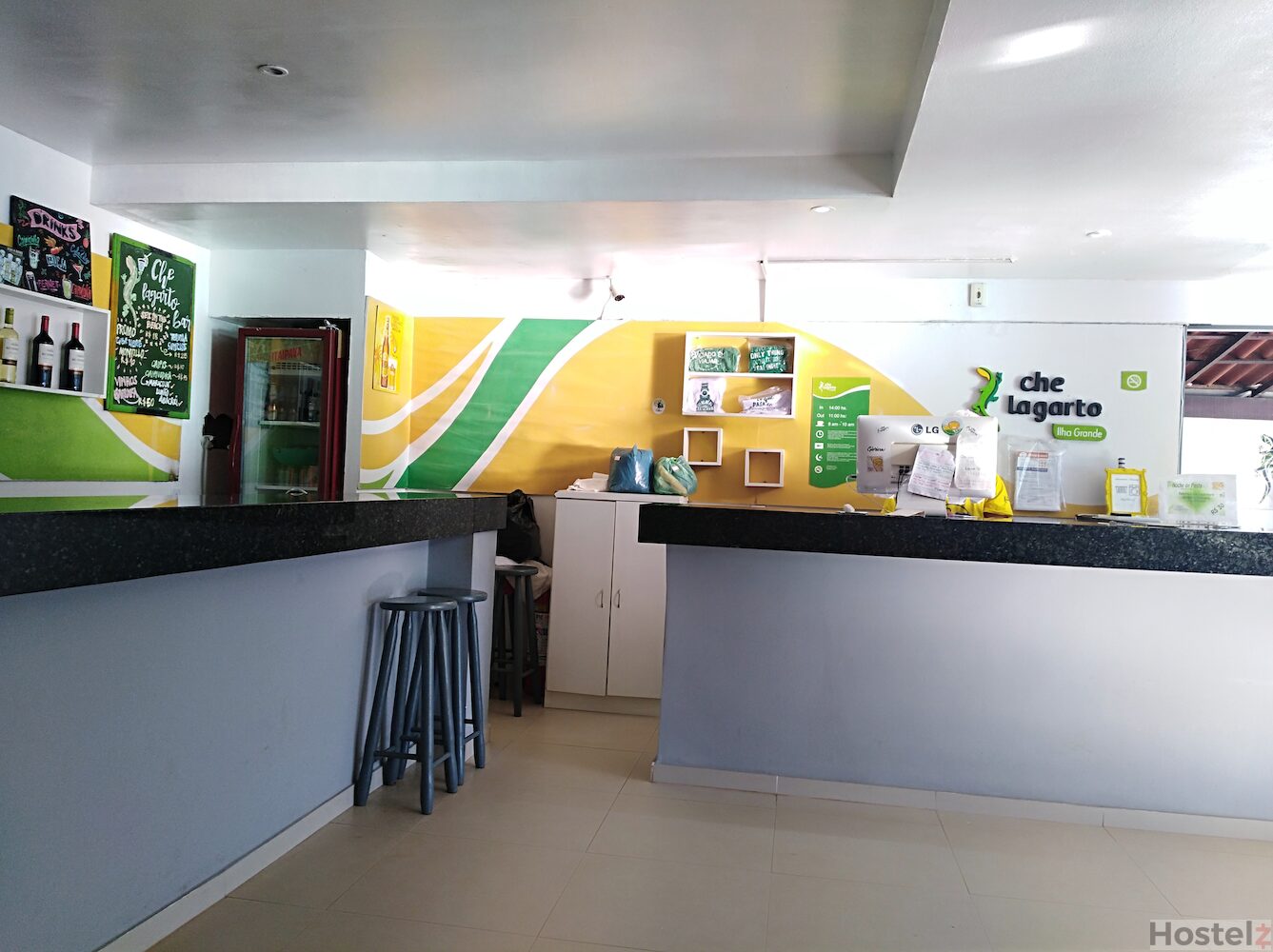 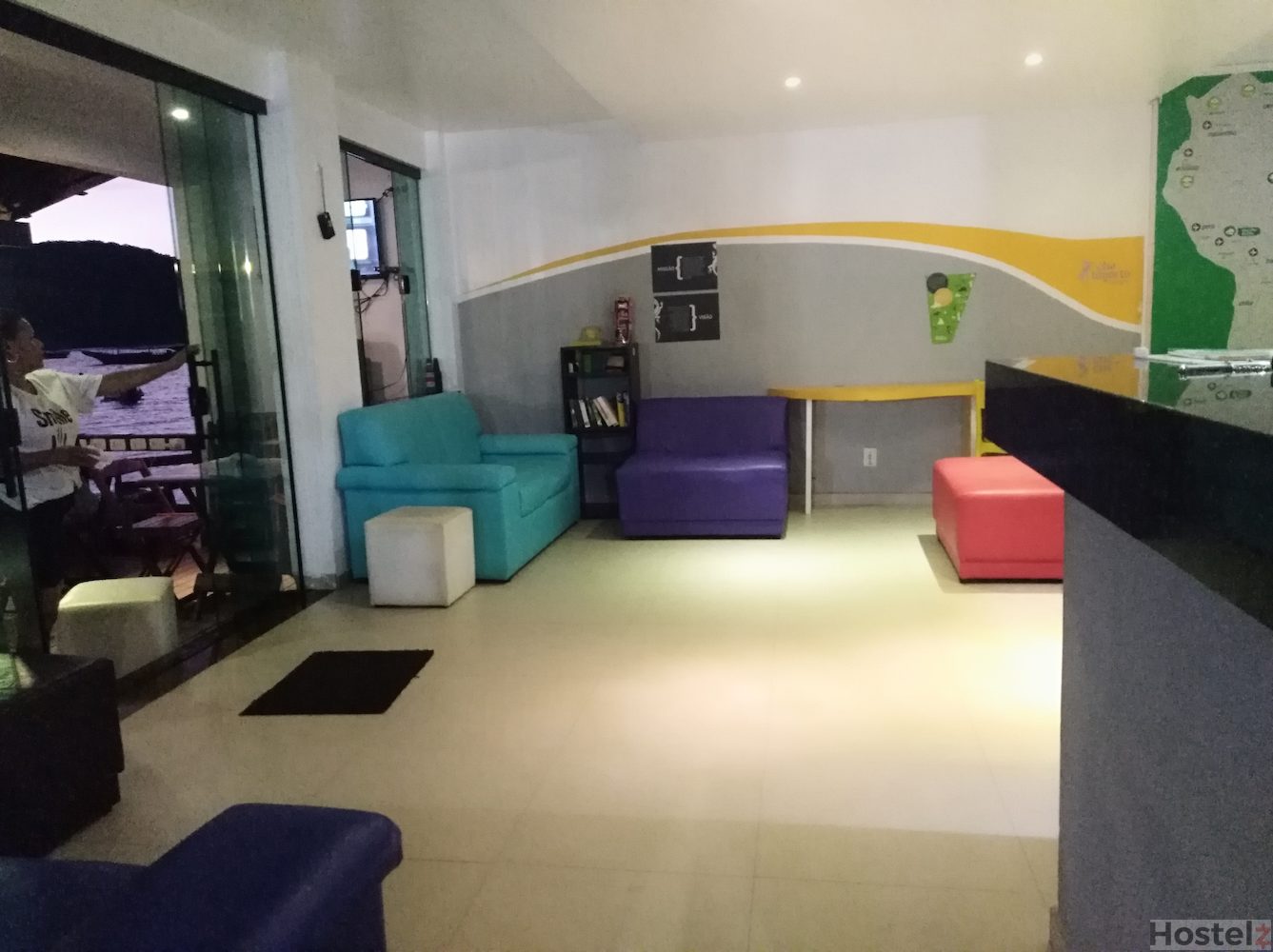 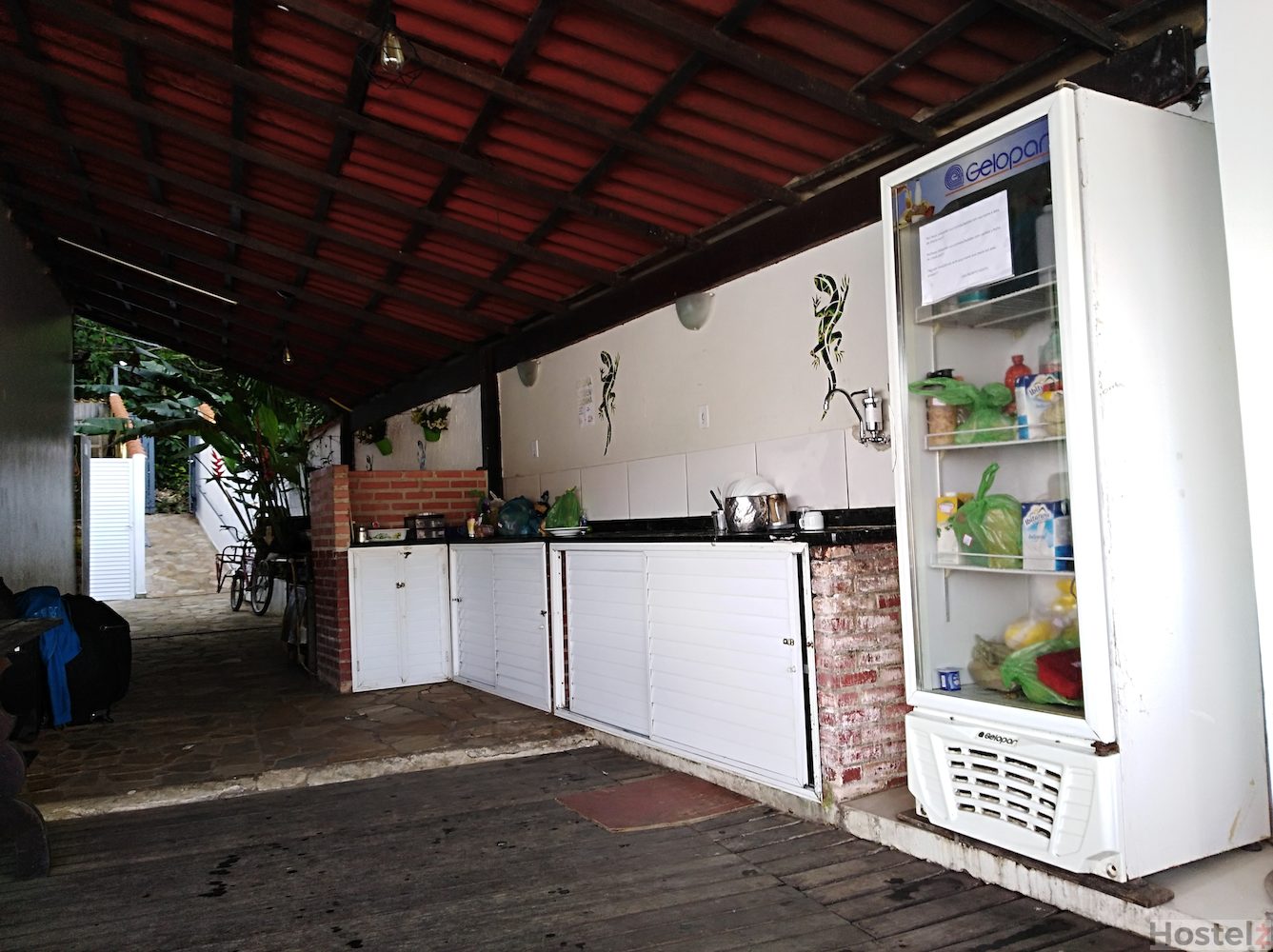 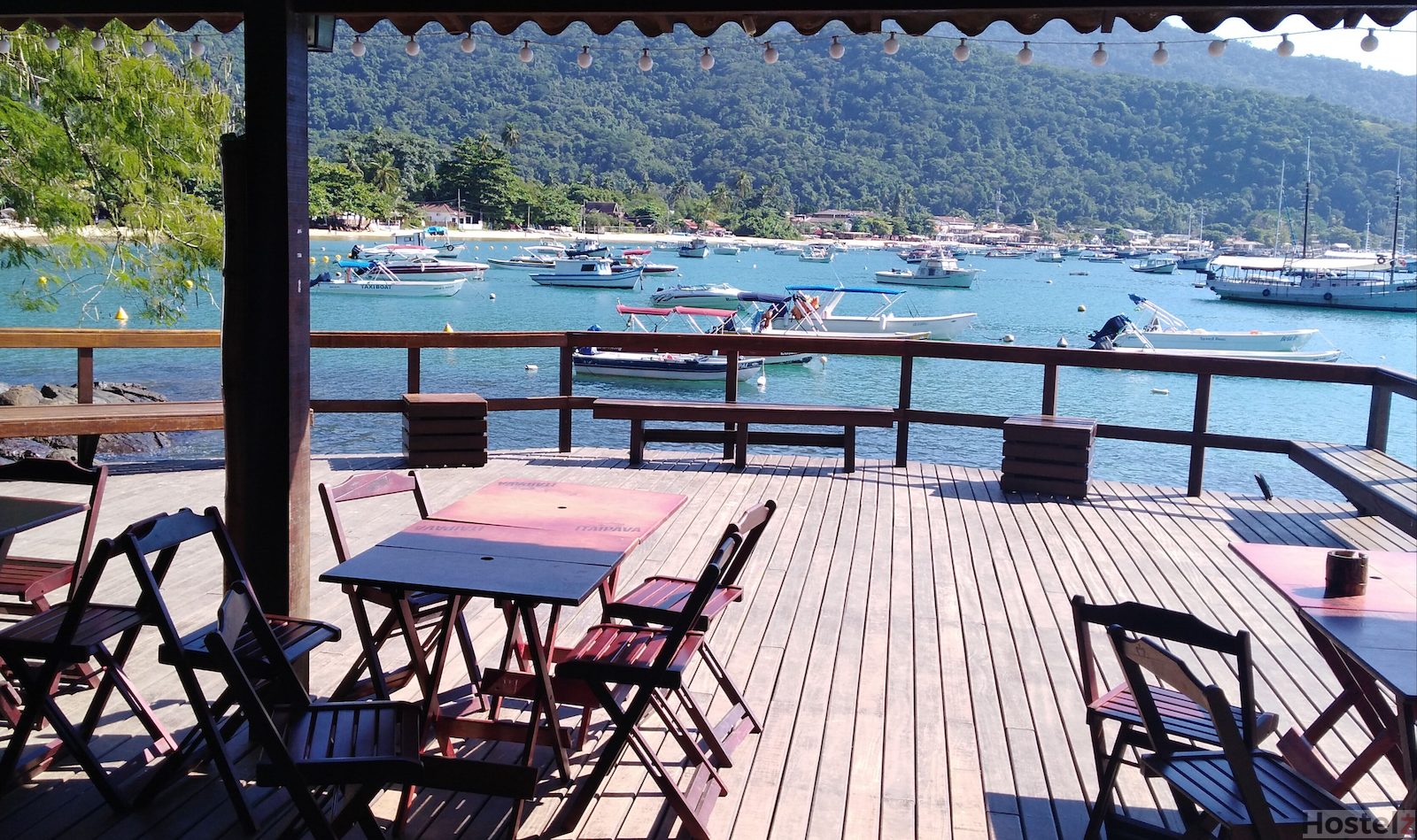 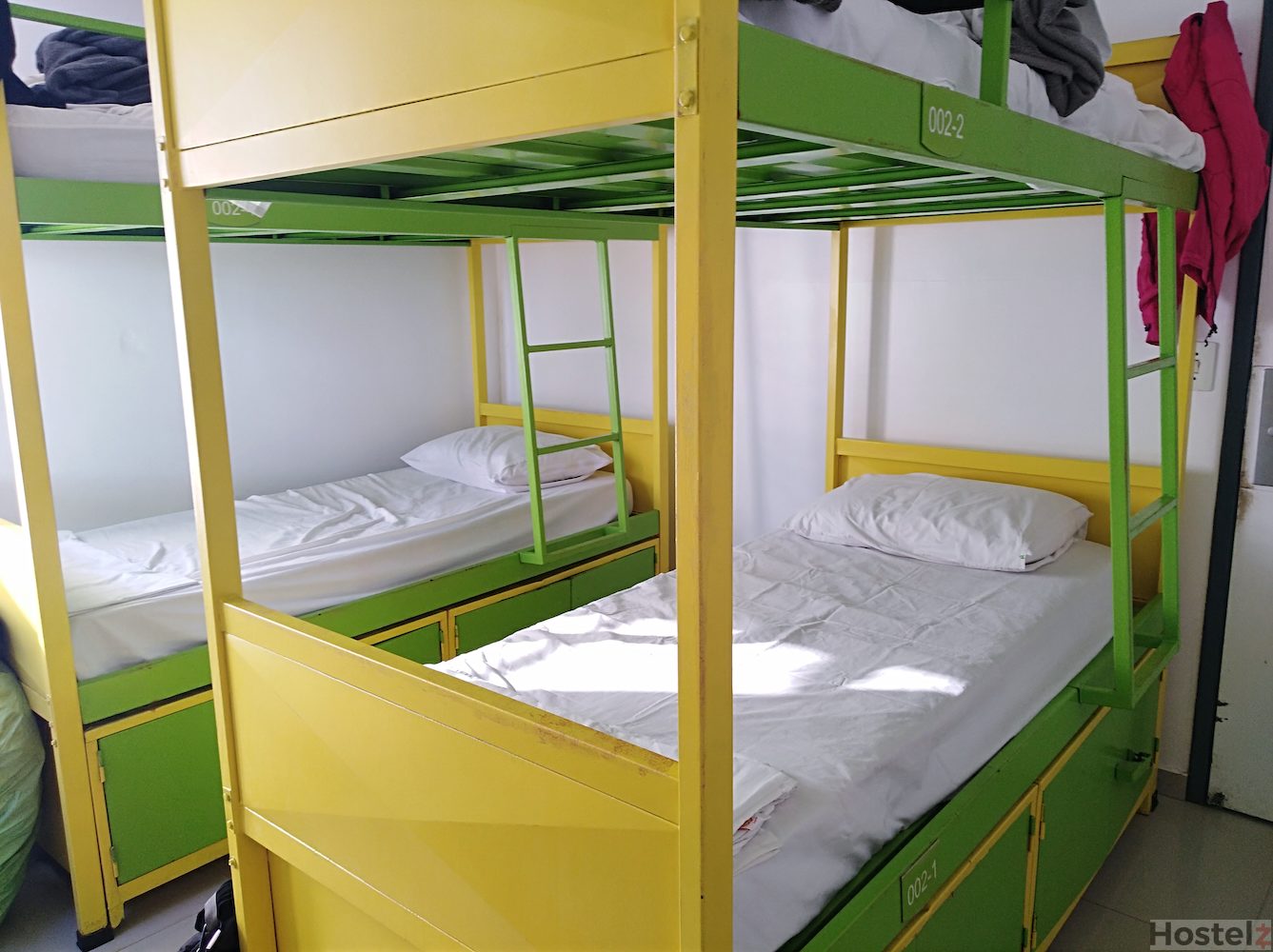 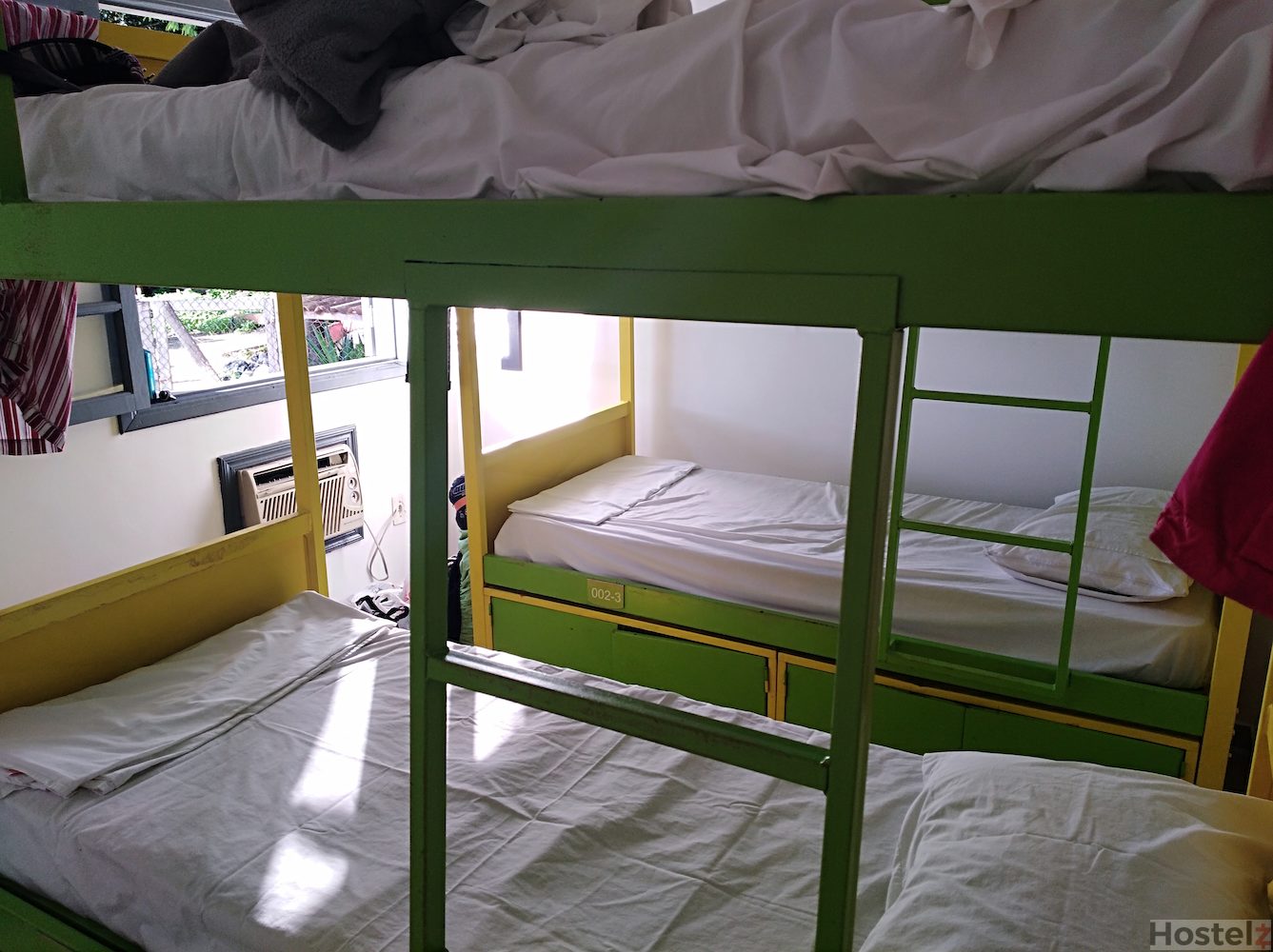 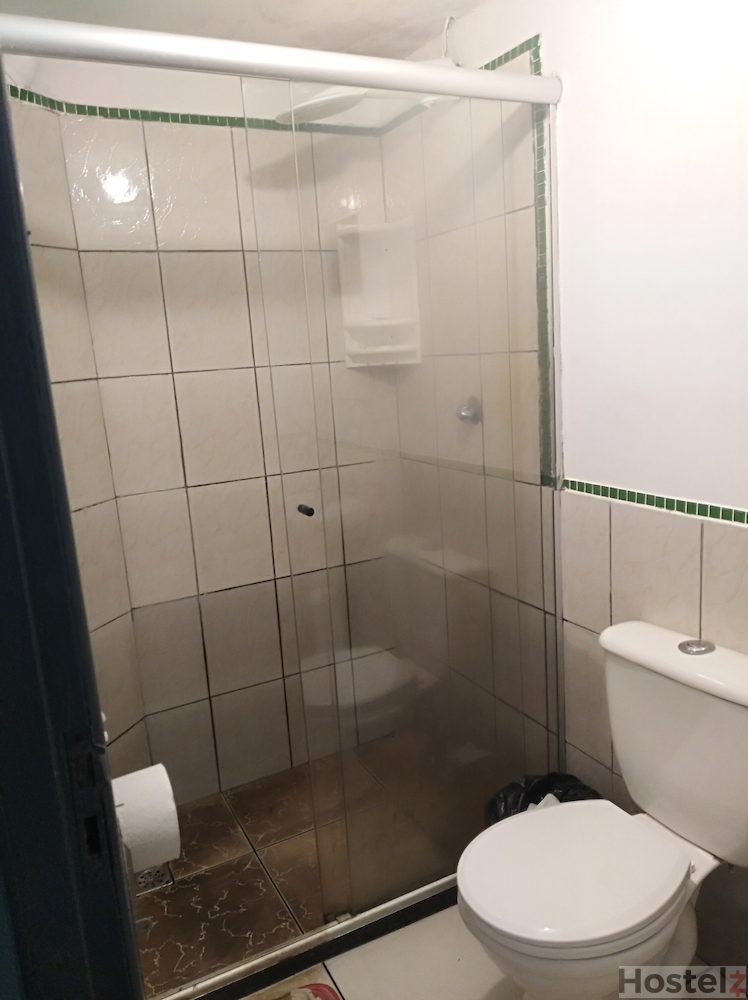 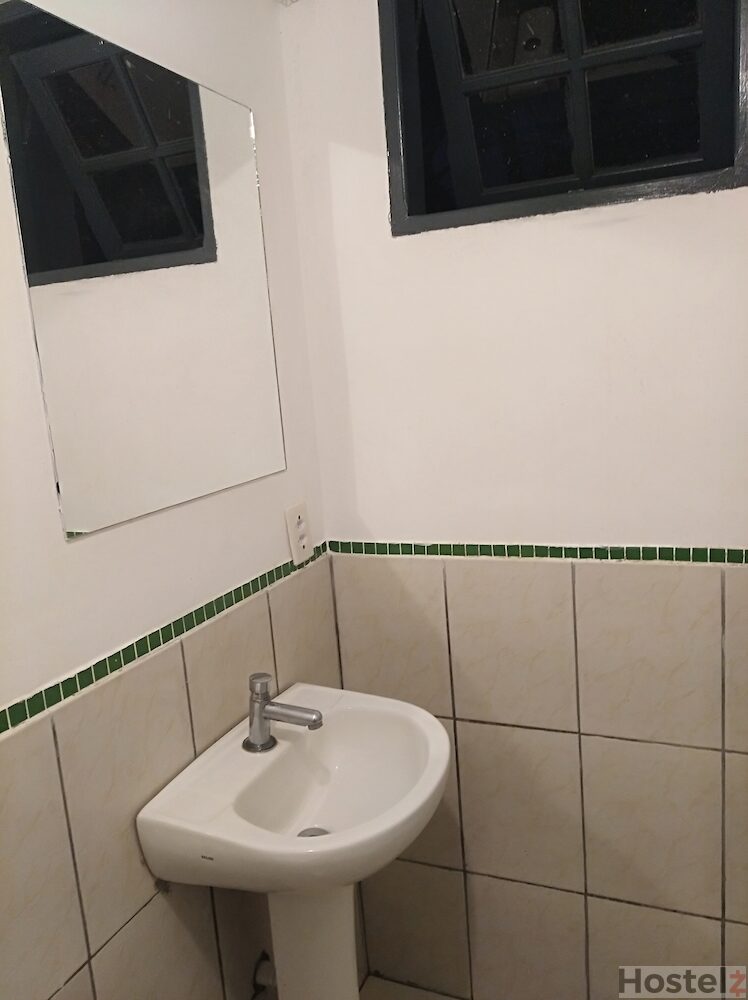 i was there in January, 5 nights. i had a great time, the people from the hostel were really friendly and helpful. The rooms are ok, they clean each day all the hostel. Good Parties, nice People, and nice Food too! I really enjoy my days here. i want come back!!

Che Lagarto in Isla Grande is no different than the numerous Che Lagarto hostels around Brazil, geared towards backpackers, with all the ease of booking, advice, and amenities you would expect. It does, however, have one huge advantage over the other Che Lagarto hostels -- its location.

Che Lagarto is positioned between two beaches in Isla Grande. On one side is Abrao beach, where the majority of the activity in the island happens, including the majority of the shops, tourist agencies, and restaurants. On the other side, Palmas Cove, is a peaceful little enclave where one can swim from one point to the next. The clear blue water and the closeness of the nature to the beach make it an irresistible place to while away the day.

Rooms are plentiful and clean, with a selection of dormitories and private rooms. Many of the dormitories are restricted to six beds, have bathroom included and plenty of space to move around. There is a high turnover of guests and so rooms are cleaned every day, with bathrooms normally very clean.

There are two main common spaces, as well as a small area where there is a computer with internet access. The lounge area has plenty of tables and sofas where people can hang around and chat. Joined to this is the terrace, where it is possible to eat your breakfast while viewing the activity on Isla Grande's main beach, and getting some early morning sunshine. The only problem here can be the huge speakers positioned on the terrace, where the staff quite often like to play music quite loudly. Other than these moments, the common areas are normally very good for both relaxing and meeting plenty of new people. There is also a large kitchen, with enough space for two or three people to cook at any one time.

Che Lagarto is a clean, efficient, well-meaning hostel -- it brings a little of the party atmosphere that it is so well known for in its other incarnations in Rio to the island splendors of Isla Grande. There are only around five hostels in Isla Grande at the moment, and there is not a great deal dividing them. 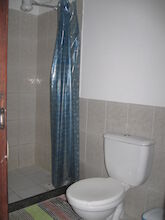 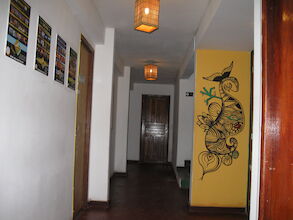 I've just arrived from Ilha Grande, where I've stayed with my friends at Che Lagarto Hostel. I can say I've had a great time there, as the staff is very warm and gentle (Isabela, Manoela, Leonardo, and all the others are great!), the rooms are clean, and the view is amazing! I could stay hours having a beer and chatting over the deck. Oh, and a great chocolate cake for breakfast, loved it! My only complain is about the boat trip they offer. The company that works with them has the smallest boats in the whole island and it was pretty uncomfortable. I'd rather go to the city and get a ticket for one of the big schooners (escunas), more comfortable than the small one. Besides that, I will recommend this hostel to all my friends going to Ilha Grande that want to stay on a good place and meet cool people!

www.chelagarto.com/hostels-in-ilha-grande.php
Phone Number: (24) 3361-9669
To add or correct information for this listing, please use the Listing Correction Form.

See all 25 hostels in Ilha Grande

See all 25 hostels in Ilha Grande