8.3
878 Reviews
Top Location
We compare all hostel prices in Newquay for you. So you save money and time!

How is St. Christopher's Inn - Newquay rated on booking websites?

Surf's up -- St. Christopher's Inn - Newquay is a surfer's delight! Hang out here if you want to get the inside scoop on the best things to do and places to go in Newquay (and Cornwall). It's a local hangout and has a great atmosphere.

It's easy enough to find from the bus station, which is about a five-minute walk away. The train station is a bit longer, about fifteen minutes, but you get to pass through the fun shops that line the streets of Newquay, so it passes quickly. There is a long-term parking lot not too far away and short-term parking right in front of the hostel. It shares a common space with a surf school and a bar (Belushi's). The surf school is a great way to meet other people and have adventures during the day and then hang out in the bar in the evening for some good tunes and fun people. Since it's so close to the bus station, you have access to all of Cornwall, including the Eden Project, Lands End, St. Michaels Mount, St. Ives, Tintagel, and lots of beautiful coast in between. The hostel itself overlooks the ocean, and most rooms have windows that overlook the beautiful beach (which is a two-minute walk away). It's also near some great pubs.

Rooms and bathrooms are designed for surf bums, clearly. The few small lockers they have are mostly broken, but you can ask to get stuff locked up if you're that desperate. We wouldn't advise bringing your nice jewelry or expensive wristwatches. Everyone wears board shorts and t-shirts anyways. The beds have seen many boisterous climbers ... some of the beds are a little bent out of shape, but the mattresses are comfy and the sheets are clean. The floors as well as the bathrooms are very clean. Doors have keycards to get in. Dorm rooms aren't decorated in an exciting fashion, but if you're in Newquay you probably won't be inside much anyways.

Showers aren't fabulous, but they are hot and the bathrooms are designed to make it easy to wash off all the sand you pick up from the beach -- they aren't pretty, but they are clean and functional (although there are not many shower hooks).

The only common space, really, is the bar downstairs. It has absolutely spectacular views from the window, and the staff are more than ok with guests chilling out in the booths next to the windows (sometimes for hours). It's a great way to mingle with the locals, who are all friendly and talkative. The atmosphere is amazing. The walls are lined with all sorts of bright posters and the TVs play old surfer videos (vintage stuff) that are fun to watch during breakfast if you're alone. There isn't a microwave, but the bar staff is more than happy to heat things up if you need it. There is Wi-Fi, but no computers. (There is an internet cafe up the road, but they charge per hour). If you're checking out and want to leave your stuff for the day, there is a space for your luggage to be stored until you leave.

It's definitely not a five-star hotel, and it's a little worse for the wear, but if you ever want to really feel like you're living the life of an easygoing surfer, this is the place to be. It's kid-friendly during the day, and there isn't a wild party scene, but the vibe is fun and summery. The music can sometimes float up through the floorboards at night, but the bar closes at midnights on the weekdays and 2 on the weekends, so it's not so bad. The music ranges from local live artists to rock to oldies to more contemporary pop. The bouncers at the door weed out the trashy/drunk/sketchy people who wander up during the night, so you can expect a lively and fun crowd of all ages in the bar. The staff are local people -- they go with the flow and are friendly and welcoming. 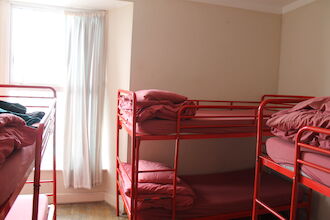 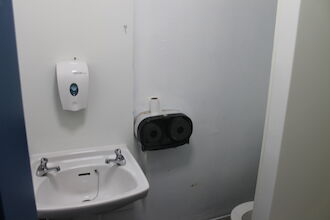 The place was disgusting, the room smelled of a mixture of beer and urine. Now we know why it was the only place with beds! Shocking. If you try to highlight the problems the management get really obnoxious.

Just been down for the weekend. Had such a brilliant time! The staff were lovely. The location was brilliant! I even got used to the coldish showers! Couldn't have chosen a better place to stay!

this place was quality, definitely recommend it to anyone, very close to the beach and great views, rooms are a good size as well.

Amazing! I have already posted this on many sites but it really was! I had such a good time down at St. Christopher's after i went home, i returned back the next day!

A lovely atmosphere, nice views, amazing location! Fab food, and most of all fab staff! Jez (the manager), Dan, Tony, Ted, and all of the others were ace, and made my holiday much more fun! So cheap, but so good! Would stay here again!

went for a hen doo! wicked time -- planning my next trip there.

St. Christopher's Inn - Newquay is perfectly located for summer sun-seekers and surfers! It is located within twenty meters of the beach, which regularly has good swell. The hostel mainly attracts tourists -- mostly the surfer crowd -- in the summer. The hostel is located nearby the main drag of bars in Newquay.

The hostel offers four-, six-, and eight-bed dorms, and even in off-season they are quite pricey! Checking in is a painless procedure, however the stairs to get to your room are quite daunting! The dorms are clean and some have fantastic views over the beach. Beds are a bit creaky though! The hostel itself is clean and has spectacular views from the bar area.

One letdown about the place is that there is only one shower per floor, and we think only two showers overall The showers are relatively clean, but it takes a while to get a hot shower. The two showers per floor can be quite annoying if there is a line in the morning. Breakfast is somewhat of a letdown also -- the staff struggle to get tea and bread out for the guests, which is very frustrating. Do note, there are no parking facilities. All in all, a cheap place to stay, and most likely the best central location you will find. It's ideal for surfers. 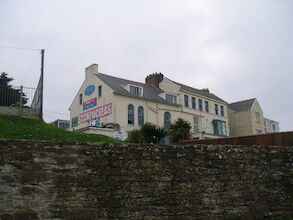 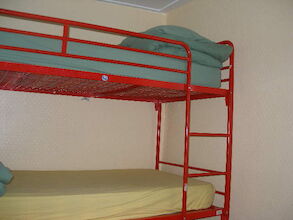 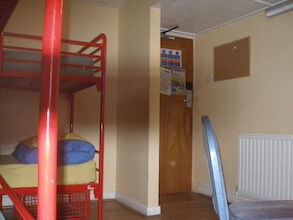 I wasn't staying in the hostel, I visited the bar for lunch and don't think i have ever been served by such a rude, surly bunch of people in my life, the bar was also filthy dirty and so were the tables. The miserable waitress bought our food over and plonked it on the table along with all the previous customers mess on the table. I could not believe that a place with so many members of staff wandering about could be so dirty and neglected. The barman was rude and difficult.

www.st-christophers.co.uk
Phone Number: +44 (0) 20 7407 1856
To add or correct information for this listing, please use the Listing Correction Form.

See all 6 hostels in Newquay

See all 6 hostels in Newquay