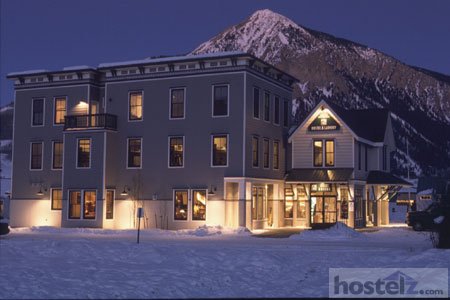 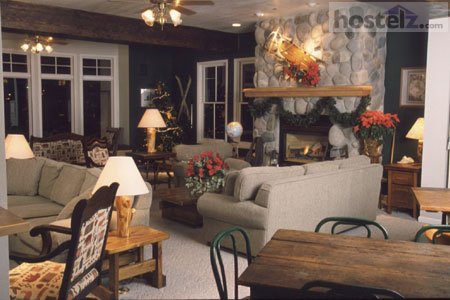 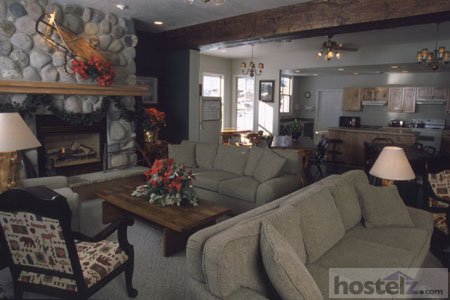 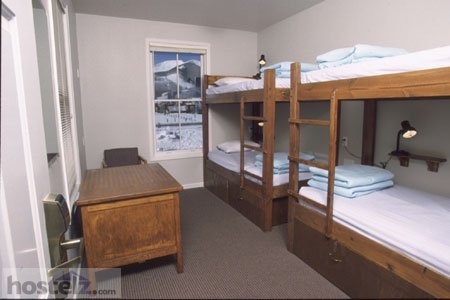 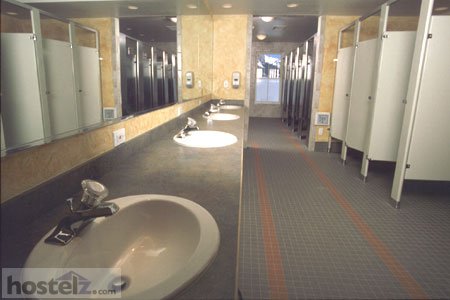 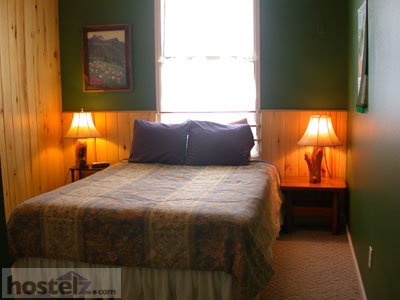 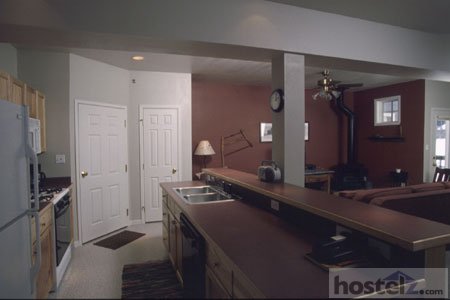 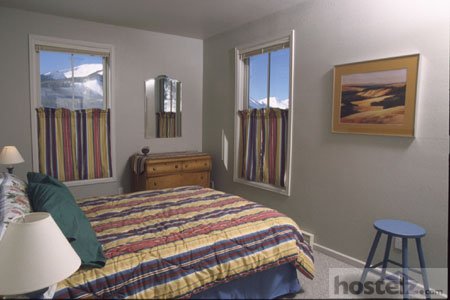 Crested Butte Hostel is listed on the following booking sites:

This was my first experience with a hostel and I was very willing to go with the flow. I expected the hostel to be somewhat like a lower-priced hotel, but I was surprised at the difference. There were notes taped up around the hostel stating not too friendly messages such as not to leave personal items in the bathroom or they would be thrown away, and another note saying if you stay one minute past check out that you would be charged for the full night. I found that no one was available to the guests most of my stay. I had the unfortunate need to contact the hostel after my stay and I found the management company to be dishonest with me. I would not return to this hostel or recommend it to friends.

I stayed in a private room on the ground floor (the only one with a private bath). At first glance everything looked fine, but after a closer look, the bathroom needs a good scrubbing -- there was mold or mildew growing on the tub walls (the tiles and grout are both grey and the mildew/mold is a darker grey that wasn't immediately obvious). I could hear every step in the room above me, so I ended up moving to one of the private rooms on the second floor that shares the bathroom (where there was also some mold/mildew). As others have said, this hostel does have a lot of rules, although they did refund me the difference in price after I moved to the less expensive room, although the rules say no refunds so your mileage may vary. The hostel is on the edge of town, so the only thing right by the hostel is the Gas Cafe (gas station/convenience store/fast food). But Crested Butte isn't that big of a town so it is easy enough to walk to the center of town. The hostel is near the road that connects Crested Butte to Gunnison and Mt. Crested Butte (the ski resort) -- traffic noise wasn't usually an issue although I was woken up one night by a truck going by. Apparently there is bakery that operates out of the back of the hostel, so sometimes you could smell stuff being baked, which is a good thing or a bad thing based on your perspective. They would have a few baked goods for sale sometimes in the afternoon. The kitchen and living room are nice sized -- I was there Fall 2007 so that was not a peak time so I don't know how busy/crowded the kitchen could be during busier times. There is a laundry on premises -- wash was $1.75, I think the dryers were 25 cents/five minutes and the soap was $1. There is a computer available but there is a charge. I don't know what it costs -- the library is near the hostel and has free internet service. You don't have to belong to the library but there is a maximum time limit of thirty minutes.

Stayed there March 2004 and Aug 2004. Very nice place, good size kitchen. Laundromat as a part of the building -- nice to dry things after a day of skiing. Nice cozy place to watch TV in the evening after skiing/dinner. At the time but don't know today but there was wireless Internet which is nice to use but cost money -- on the honor system.

I've stayed in hostels around the world and the Crested Butte Hostel is one of the cleanest. The great room is way above most hostel standards. Anyone who can complain about this one is by nature a negative person. If you want five-star service, pay for it, but don't complain about the good service the hostel in CB has at the great prices offered for a ski town.

This place was nice, but it's more of a hotel. It has unfriendly staff, weird rules that can't be bent, etc. They definitely lack the fun, outgoing, and helping-hand ambiance that a hostel should have. Unfortunately it's the only one in Crested Butte.

The hostel was nice, but it had a very capitalist nature, as the staff were not very friendly, and there were many unkind policies. They will scam you out of any money you've got.

I stayed at this hostel in December of 2004 as I skied from the Southern End of the Rockies north to Montana! The place was great! It's the nicest, cleanest hostel that I have stayed at in all my travels. I would recommend the hostel to anyone young or old. The great room was a wonderful for kicking it after a day on the slopes! The hostel had attracted a wonderful clientele, including people from Colorado, Australia, England, the Midwest, and the South, which made for interesting great room conversation. The owners have done a phenomenal job with this property! Ski towns could use more lodging accommodations like this!

I stayed in the dorm portion in the summer of 2003. No real complaints. It's a beautiful little town, with infinite mountain activities in all directions. It seems like a well-run hostel. It has a tiny bit of an institutional feel here and there, but the common room is nice, and overall I would say that it borders on 5 stars -- say, 4+!

How is Crested Butte Hostel rated on booking websites?