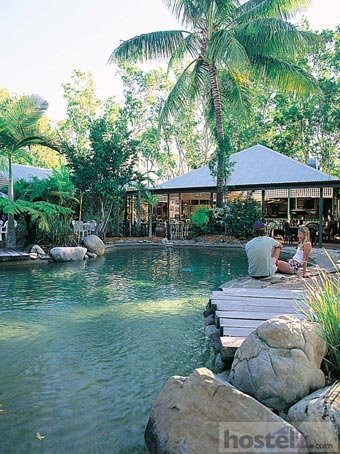 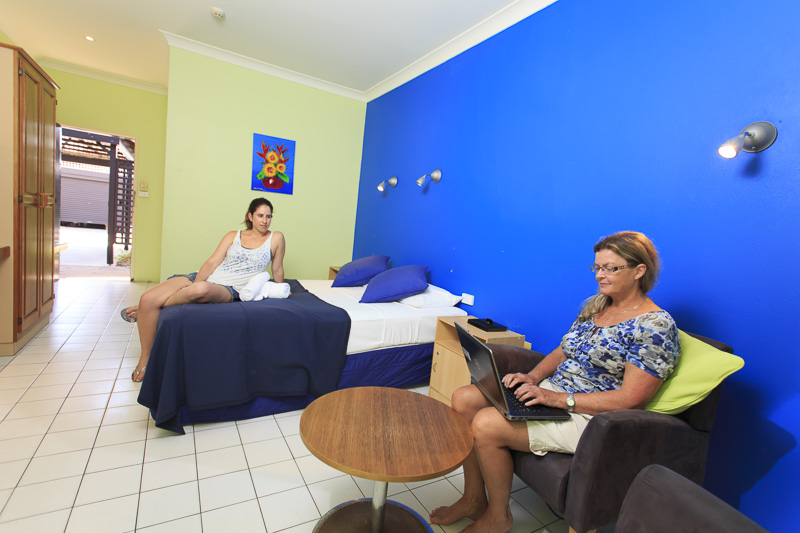 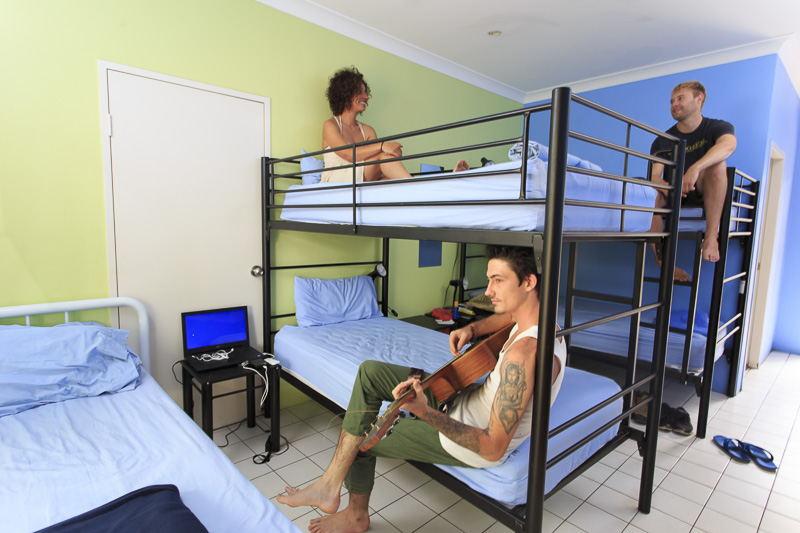 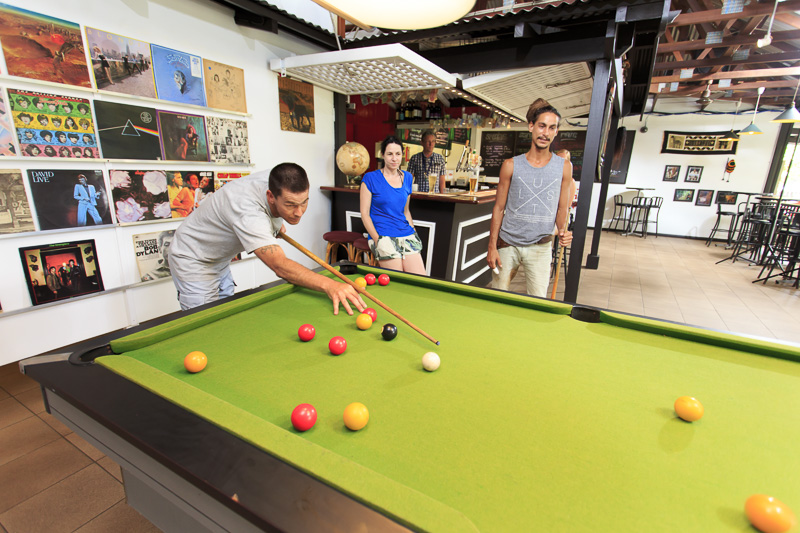 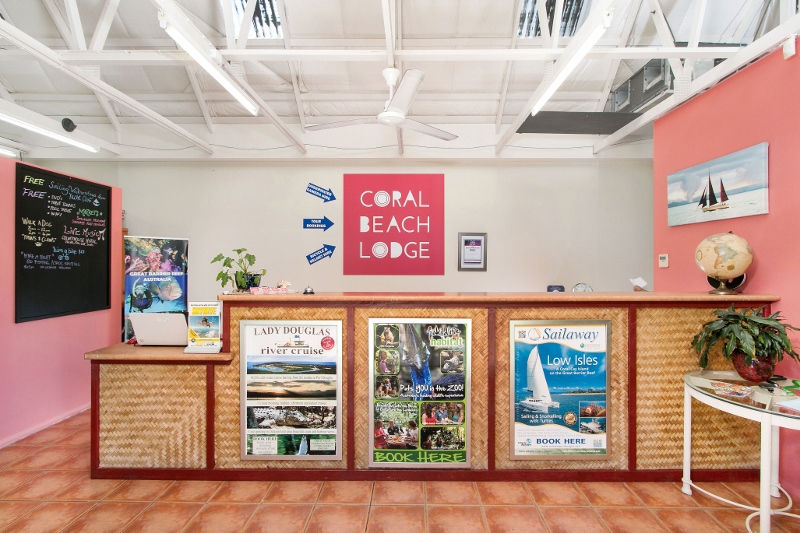 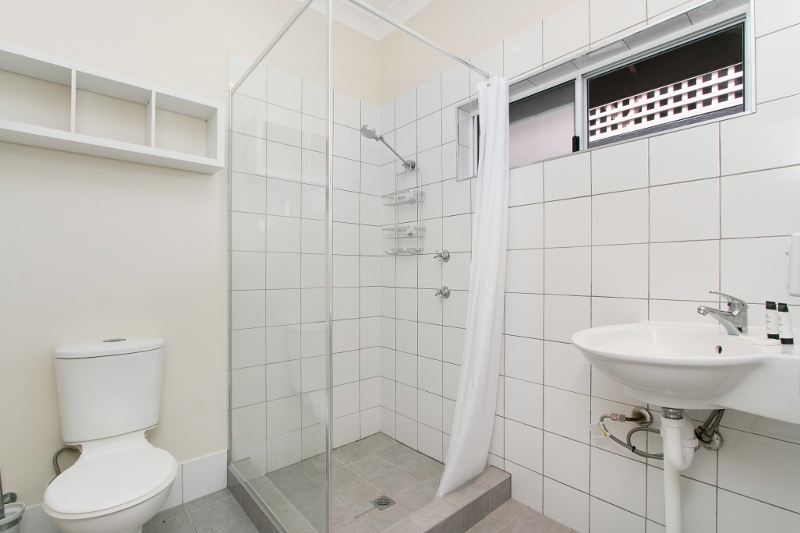 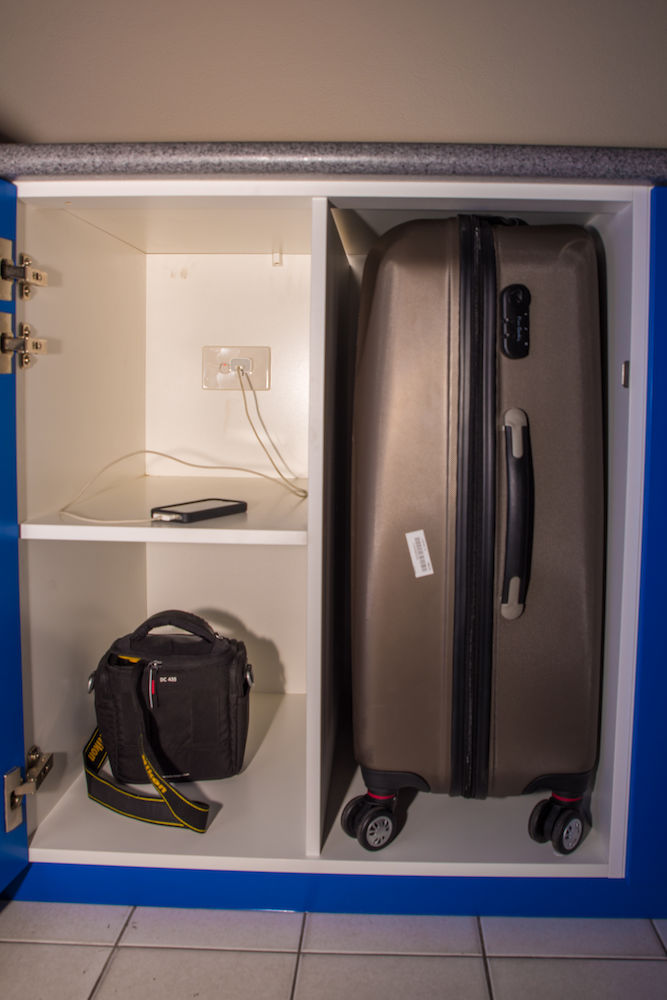 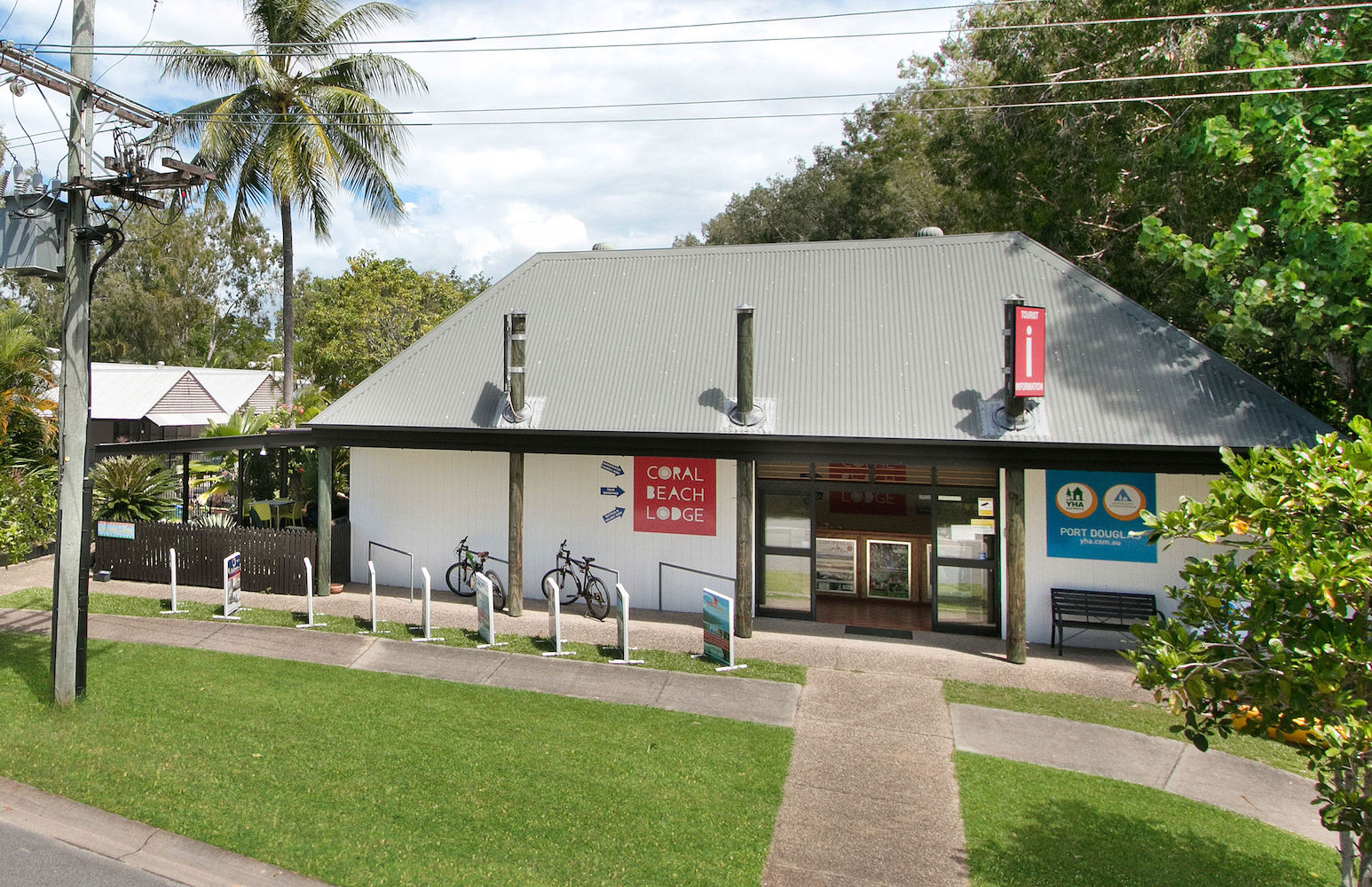 Coral Beach Lodge is listed at the following booking sites:

Coral Beach Lodge is listed on the following booking sites:

coralbeachlodge.com/
Phone Number: +61 (7) 4099-5422
To add or correct information for this listing, please use the Listing Correction Form.

Such a great Hostel with spacious lockers in the rooms, your own bathroom and comfy beds. The staff is very friendly and tries to please you at all times. The kitchen just got new fancy fridges which upgraded it again. There's enough cutlery for everyone. The Hostel is quiet during the night so you get to sleep whenever you want. I highly recommend to stay at the Port O Call lodge when you are in Port Douglas!

although fairly expensive, the room was great, with fridge, coffee machine, air con, lovely place outside room to sit. Very clean and tidy. Staff were excellent and a lovely walk to the beach. Bar and bistro and large clean communal kitchen. We are in our 60s and found it very quiet and relaxing. Thank you all.

This hostel disappointed me in several ways, although there were also a few good remarks, which I will also mention to provide future visitors some more info. At first sight you might say, wow, this looks like a luxury hostel, but beware -- things are not what they seem. Our room had bedbugs! amazing but true! the cleaning of the rooms and showers was very poor compared to all the other hostels and motels we visited all around Australia. I know it can also happen in the most luxury hotelroom but please do a proper cleaning before you let people into a room (which was indeed a very very small one). Having colored sheets looks trendy and flashy, but maybe using white sheets is easier for cleaning personnel to spot bugs and other unwanted stuff on them. The couches in the TV room were dirty (full of sticky food remnants). The pool-table was totally wornout (lack of balls, poor queues). The common kitchen racks were plain dirty and the cooking pans have only been used like too many times. Oh yeah, on the top you might still find some anti-burning layer remnants. Ok, you can't expect brandnew pans, but these ones really need a replacement. And please remove the 'dead-for-six-months-lizard-remains of the boiler. Atmosphere -- no parties, bar closes very early. maybe just bad timing, but there simply was no sociable atmosphere compared to the other hostels we visited. Internet access is too restriced that certain pages with multiple frames don't show up (I'm not talking about x-rated stuff) and too slow being "broadband" (but that's a general problem in Australia I found out)

However, the swimming pool was very good and appeared clean. The reception desk helped us out very well with touristic info and pointed out to do the 'haba' diving excursion which totally rocked! It is a good location to start of this excursion with a free shuttle-bus. The location is perfect and pickup and shuttle facilities are very good. The general design of the hostel is great, this hostel has the potential of being or becoming a great place but it lacks good management and maintenance. The kitchen staff and food was indeed great! The TV has satellite channels.

We were very disappointed by the room given to us during our stay in Port O Call and also with the attitude of the staff. I had asked for a Budget double room almost a month before our arrival and had made a reservations. Inspite of this we were given a very small room (room 30) in the corner of their bunkhouse building. The room seemed like it had been made as an afterthought outside the building. The regular price was $59 and we were charged $69 since "it had a private courtyard and that was the rate quoted". The courtyard was a dump to be frank.. the table and chair were covered in mud - even before the rain. Supposedly the other "bunkhouse rooms" are even smaller than that room!!!

We were given another much better room the next day after we asked for it. The difference was only $8 and this budget room was much better with private bathroom and a fridge! We felt cheated and duped and discriminated against that we were not even offered this budget room in the first place inspite of having the reservation. We felt $69 is too much to charge for the dump of room that was given to us on the first night. That room is not worth even $40. the air conditioner was so loud that we could hardly sleep a wink! When we expressed our displeasure and mentioned this to the staff, the reply we got was "I just work here". not a word of apology!!!

The rates advertised on their website and quoted for reservations are much higher than the rates they offer to walk-ins! (Thats how the better room was $77 while on website and initial quote was $89)

And BTW when we were waiting to check out, there was another person there who did not have the sheets in her room changed after the previous guests left.. and the staff was so rude and told her to contact housekeeping kept repeating I can't do anything abt it!! Ridiculous!

This is an awesome hostel, set in the most beautiful location, serving the best food ever seen at a hostel. However, this hostel only gets three stars due to their very rude, unhelpful and insensitive staff. Do not ever think that if you book tours through them, and subsequently return to Port Douglas later than anticipated (despite having rung in advance) that they will refund any room costs. Talking to their staff was like banging your head against a brick wall!!! They kept on repeating the same line like parrots!!! Anyway, apart from that (and the Internet kept on breaking down!!) I would highly recommend this place. I expect I only caught the staff on a bit of an off day!!

I'm not sure why I trekked up to Port Douglas (curiosity, I guess), but they offered free pick up from Cairns, which was awesome considering it's not close. The ride itself was very scenic. The hostel was great. I didn't enjoy my stay there that much but it had to do with me being unsociable and NOT the hostel itself. The rooms were awesome and clean with bathrooms, and the pool was sweet. The location was a bit out of town but the walk is pleasant. Just beware near the marina; there are crocodiles everywhere!

When I stayed here they offered a free pick up from Cairns for a two-night stay. This hostel has excellent four-bed dorms, friendly staff, and it's in a lovely part of the world. Recommended.

The perfect place to stay in Port Douglas. One of the BEST hostels in Oz.

How is Coral Beach Lodge rated on booking websites?

See all 3 hostels in Port Douglas

Power Point/Sockets by Each Bed

See all 3 hostels in Port Douglas