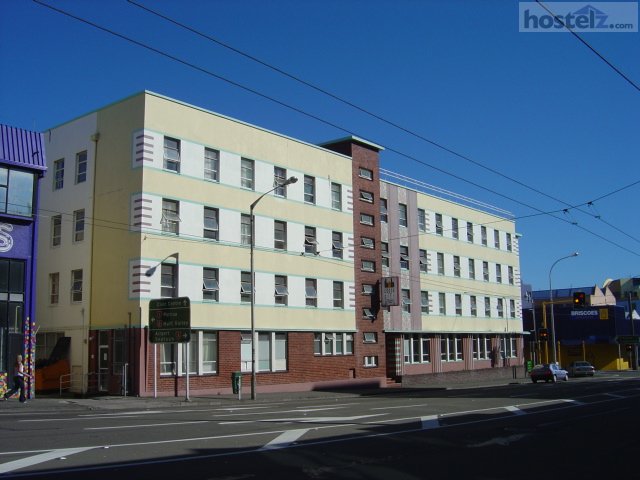 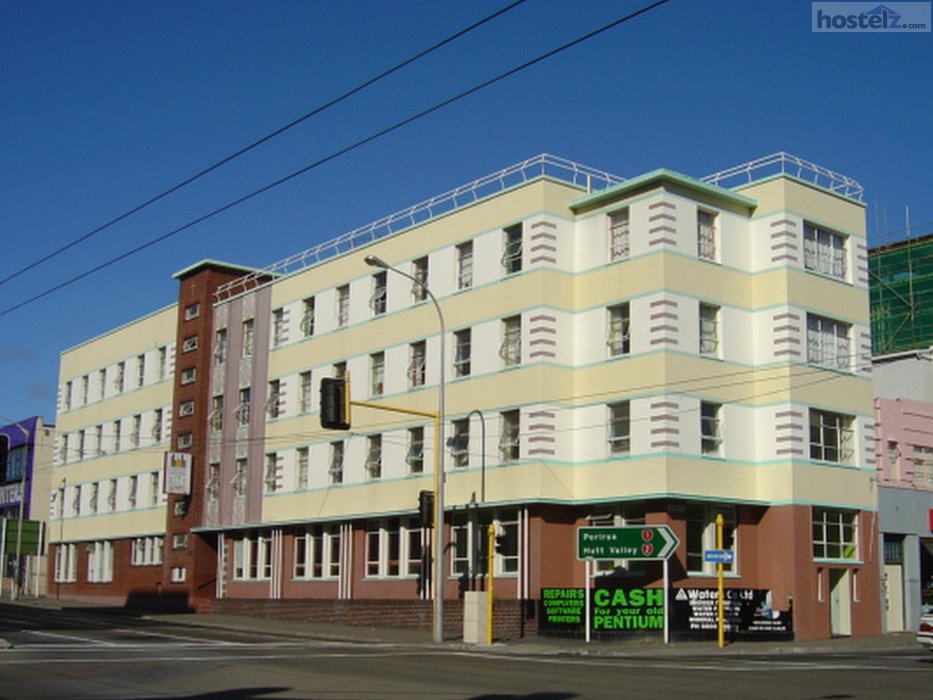 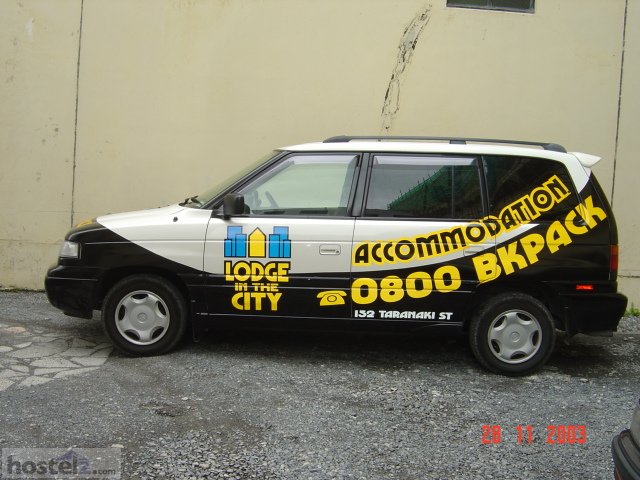 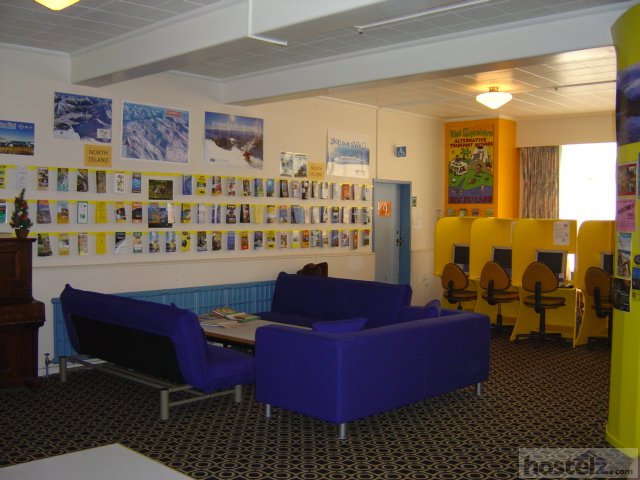 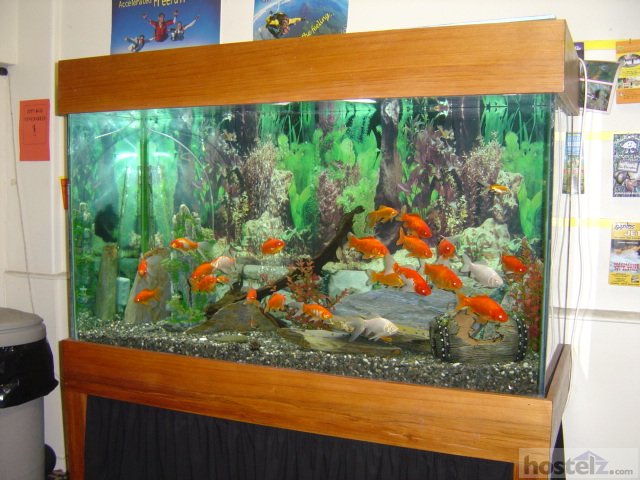 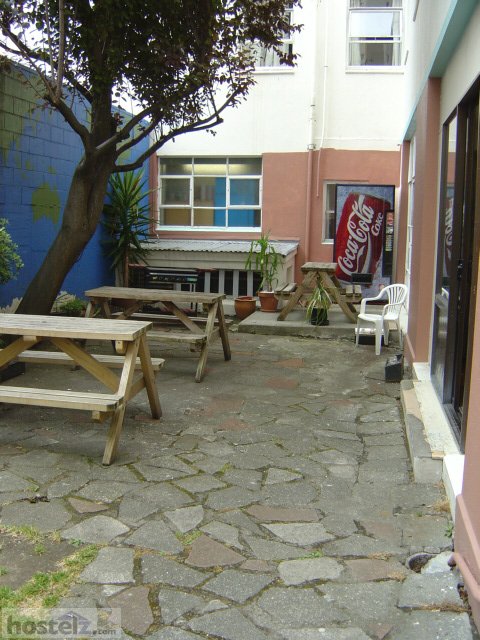 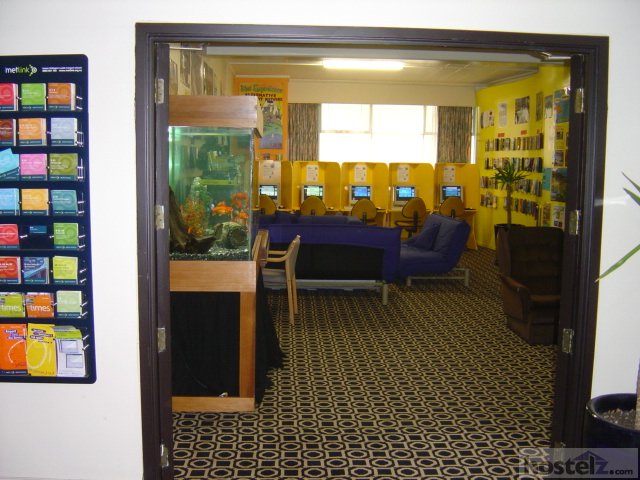 Lodge in the City is listed at the following booking sites:

Lodge in the City is listed on the following booking sites:

Lodge in the City at Hostelworld

Lodge in the City at Booking.com

www.lodgeinthecity.co.nz
Phone Number: 0064-04-385-8560
To add or correct information for this listing, please use the Listing Correction Form.

Absolutely disgusting, bathrooms & toilets were pure filth. 3 out of the 3 toilets on our level were out of order. the place stunk, room said it had heating, there was no sign of heating at all & management were absolutely useless. Ended up leaving 5 minutes after check in and not worrying about getting our money back! Would not recommend at all, unless you were homeless or after drugs!

This was my first hostel experience ever, and my worst hostel experience ever. Easily one of the dirtiest and most revolting places I've set foot in. I stayed here for one night with my brother in March 2016, and we were crammed into a small 8 bed dorm, where it barely fit the 4 bunk beds. With it being in a downtown central location it was evident that many patrons lived at the hostel week to week. The carpets were dingy and disgusting, and outside one of the washrooms on our floor the carpet was stained and probably rotting with mold and mildew from water seeping under the doorway from showers or toilet floods. Many of the toilets did not work, or had no toilet seat, which is pretty essential for a women's washroom. I stayed overnight and had I not spent 8 hours on the road that day I would not have peed there at all!! The kitchen was a messy disaster as if no one had cleaned up the space for days. The fridges had little to no space in them, and the small container of hummus we left in it overnight was stolen by the morning (rip hummus). The "mattresses" we slept on seemed to be either so thin you could feel the planks of the bunk bed in your back all night (as my brother said), or has springs and coils sticking every which way that you have to contort your body to find a crevice to sleep in for a few hours (which was how my sleep went). We went to check out in the morning and had to go back to collect our sheets and bedding as no one had told us to bring them with us for checkout. The only good things about this hostel are its central location, which sucked when cars and motorcycles would rip down the streets as loud as possible at 3am, the affordability, and the fact that any other hostel I stay in will be better than this one. If I could rate it 0/5 I would..

Do not book with this "hotel." Made a booking and got an email 5 weeks later saying they can no longer accommodate me due to being over booked. 5 weeks later is unacceptable. If you need a place to stay and cant afford an email weeks later of on the day of arrival telling you they cant accommodate you then don't book these guys!!!!!

Horrible!! Poop in my shower!!

This place was an absolute disaster -- don't stay here!! I rented a double with my boyfriend and we given two twin beds instead. We paid $165 for a week, but left early after I took a shower and realized I was standing in poop. Yes, poop. I told the front desk and they didn't seem to really care, saying that it must have just happened because the cleaning service had been in there earlier. I highly doubted this, because the showers all had balls of hair blocking each drain, which had been there all week. Also, kitchen was a mess!! Nowhere to store your food, half the stove tops were broken, no ovens. Horrible experience and checked out immediately after the poop incident. *shudder* Stay away!!

This place is pretty good considering their prices. Common areas and room was well cleaned and the staff were more than helpful. Sure, its an older building but they keep it clean and comfortable, the dorm I stayed in was full entire stay, all great people!

If I could give it a zero star, I would. I left with two nights paid for in advance which they wouldn't refund. The guy from the next hostel in Wellington I went to guessed the name on his first try when I started telling him about a kip of a hostel I just left. He said it's better known in Wellington as the "Dodge In The City." But, the girl working behind the counter was really nice.

This hostel was the only place left in town with a double room -- we should have known. The greeting lacked the welcome tones i've experienced in other hostel across Australia, Africa, South America, and Europe. Information was not freely given. Management seems to have sucked the life out of all its staff. Payment was upfront and in full -- sometimes difficult when you've only just landed in the country and this is your first stop from the airport! Deposits were required for crockery and kitchen utensils (pots, pans, knives had to be borrowed when required from reception). The lift worked on the odd occasion. But there was no socialising, partly because the bar was shut and the kitchen and social room were only open between 8 a.m. and 11 p.m., but partly because everyone escaped this place whenever they had the chance. Old doors and were being stored in the communal area. It did have positives -- an extremely comfy bed and great showers. But this didn't make up for the fact that even the signs seemed rude. Avoid.

This place is terrible. It's more like a drop-in center, with way too many long termers. The communal areas are intimidating and dirty, but the room was not bad.

How is Lodge in the City rated on booking websites?

Rate Lodge in the City