Centro Habana
5.2
579 Reviews
Centro Habana
We compare all hostel prices in Havana for you. So you save money and time!

It is the only way to book Hostel Casa de Ania

How is Hostel Casa de Ania rated on booking websites?

Hostel Casa de Ania is a well-established backpacker hostel on the border of the Central Havana and Vedado districts. It is more of a backpackers’ hangout than a hostel in a family apartment than most of the other hostels in Havana are. It's well organized and they're used to answering most of the questions budget travelers who have just arrived in Cuba may ask.

Casa De Ania is located on a quiet street about a twenty-minute walk to El Capitolio and the central area and around five minutes to El Malecon along the waterfront. The hostel is well signed and accessed through a locked gate and up the stairway to the right to the first floor.

Casa De Ania has two dorms (one has six beds and one has seven) and two private rooms. The six-bed dorm has all bunks and the seven-bed dorm has a set of bunk beds and five singles. The mattresses are ok and the linen is clean. The seven-bed dorm we occupied is quite spacious and has lockers for each bed. Backpackers must provide their own padlock. Towels are provided, and there are a number of fans in the room, though unfortunately not all the fans work, as there aren’t enough power points for all of them!

There is air conditioning in the seven-bed dorm, but the temperature is calibrated way too low, so it was freezing during the night and we were told by other guests that some had become sick because of this. The unit has all the knobs knocked off, so it is necessary to ask the reception to find a tool that could adjust the temperature, which they did, although it doesn’t seem to make a lot of difference!

There are two bathrooms to share between all the guests and these are clean with a toilet, hand basin, and shower in each, with twenty-four-hour hot water.

There is a comfortable little sitting room with cushioned seats, and the walls have been decorated with graffiti and drawings from previous guests, which give the place some character. There is fridge with cold drinks for sale and another fridge for guests’ food and drink tucked behind the reception door. Breakfast is provided in the bed price and consists of coffee; juice; and a plate of eggs, salad and toast. Casa de Ania has its own Wi-Fi, for which guests can pay to access, but they have a "free hour" between 8 and 9 a.m. when the Wi-Fi is complimentary. There is a tiny kitchen, but it only has a small gas stove and a microwave with virtually no pots, pans, crockery, or utensils. Food can be provided by the staff if ordered in advance, but there are plenty of local eateries in the surrounding area less than ten minutes’ walk away.

Casa de Ania is a fairly efficiently run hostel and guests are given a free map of Havana when they arrive, which is very useful to help with orientation. The extras like towels, the free hour of Wi-Fi, and air conditioning are also very welcome, but not having enough power points for all the fans is a bit lazy. It’s quite a popular place, so expect a backpacker vibe here, more so than most of the smaller family places in Havana. There is a Wi-Fi hot spot in a small public park just two minutes’ walk away and there is a kiosk selling internet cards nearby also. Entry to the hostel is via a locked gate to which guests are given a key, then up the stairs to the first floor. The hostel has a twenty-four-hour reception.
Photos taken by the Hostelz.com reviewer — Genuine photos you can trust. 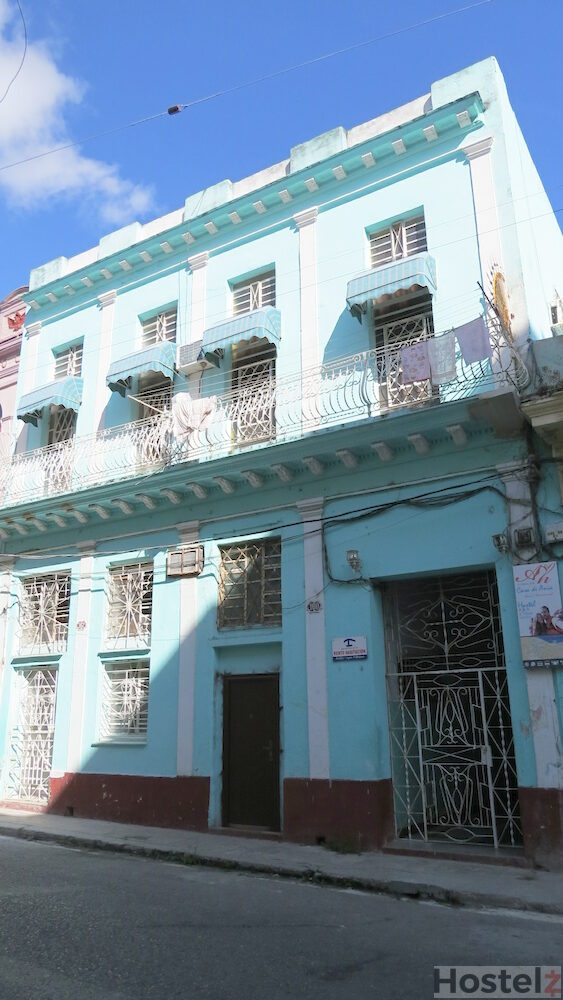 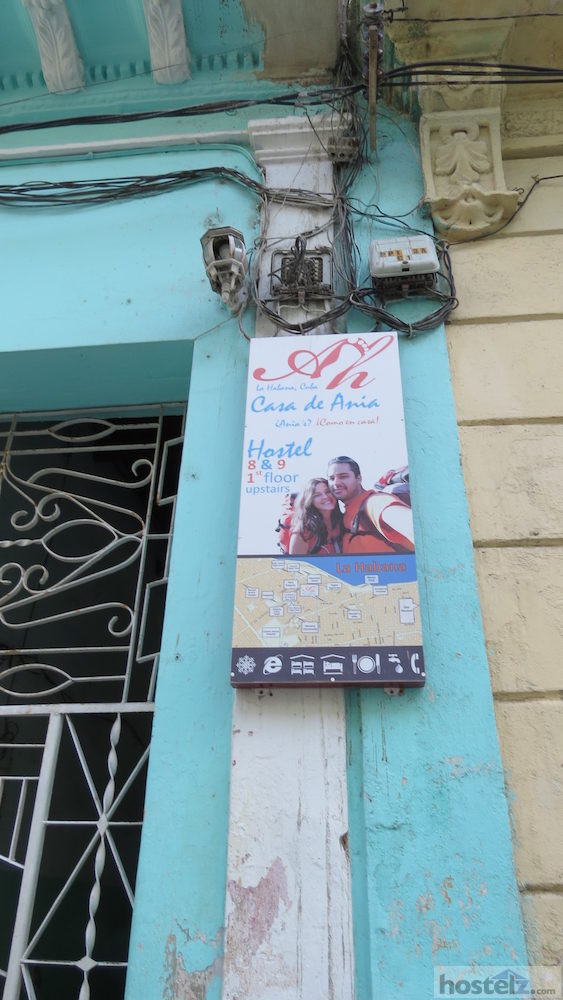 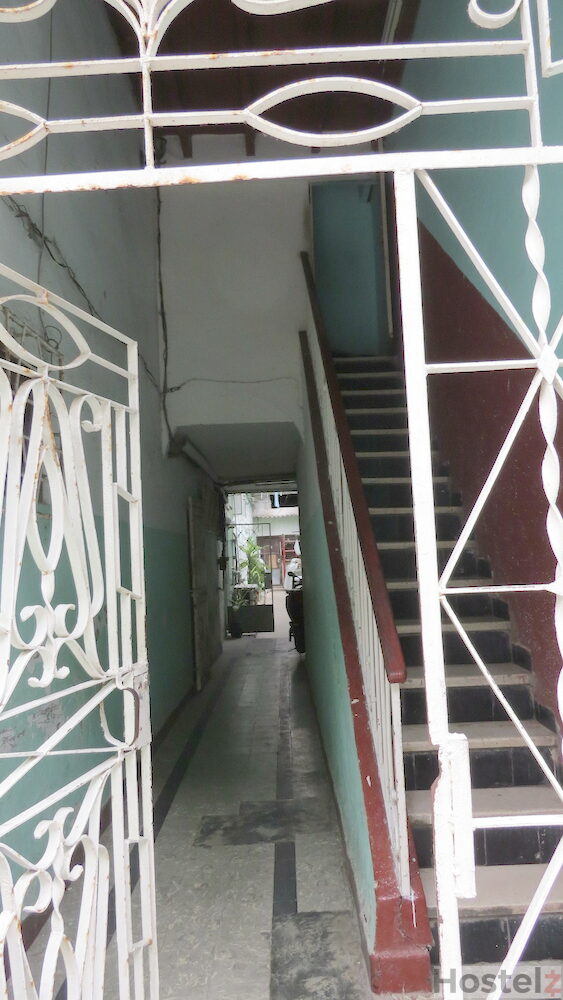 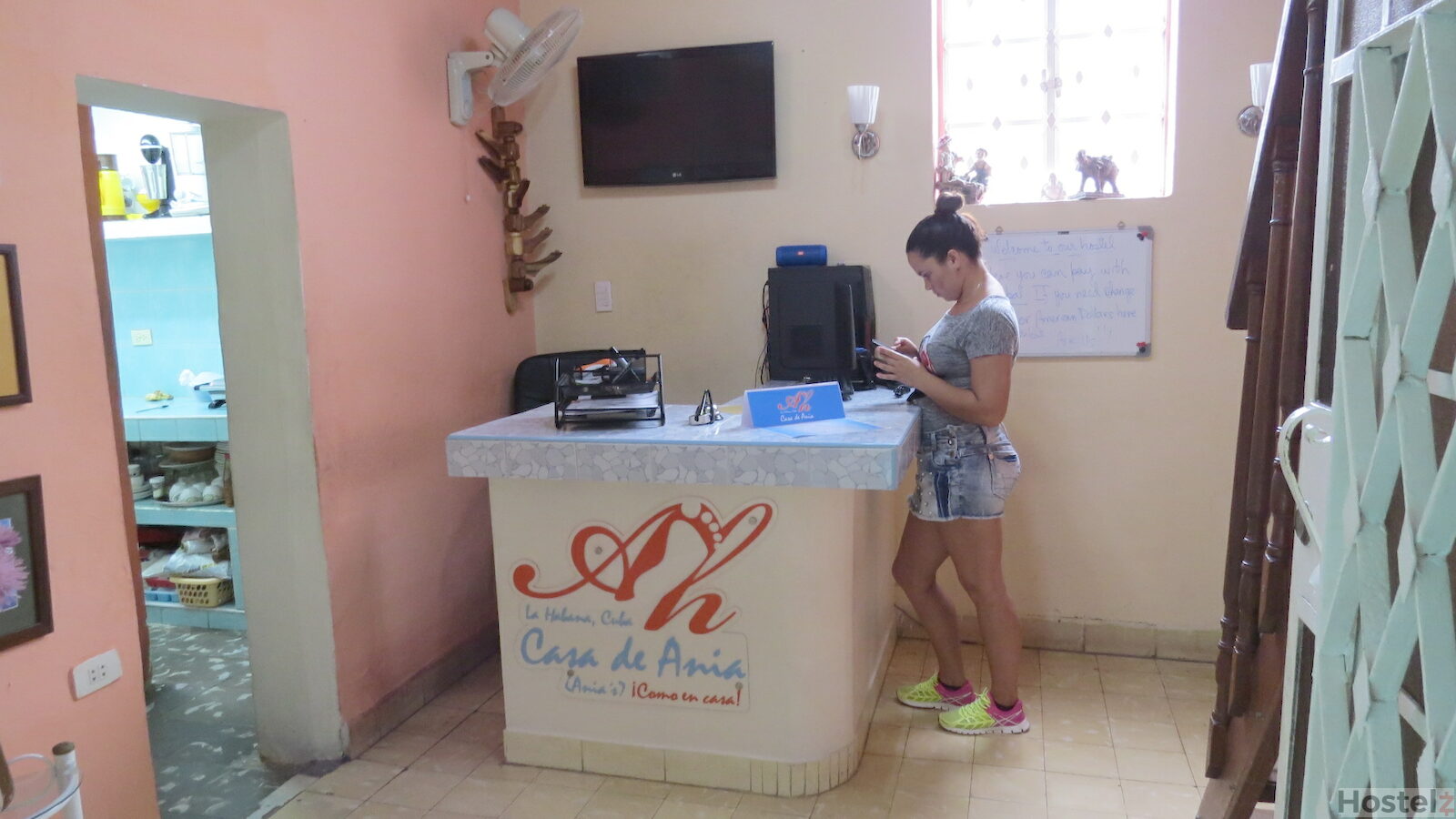 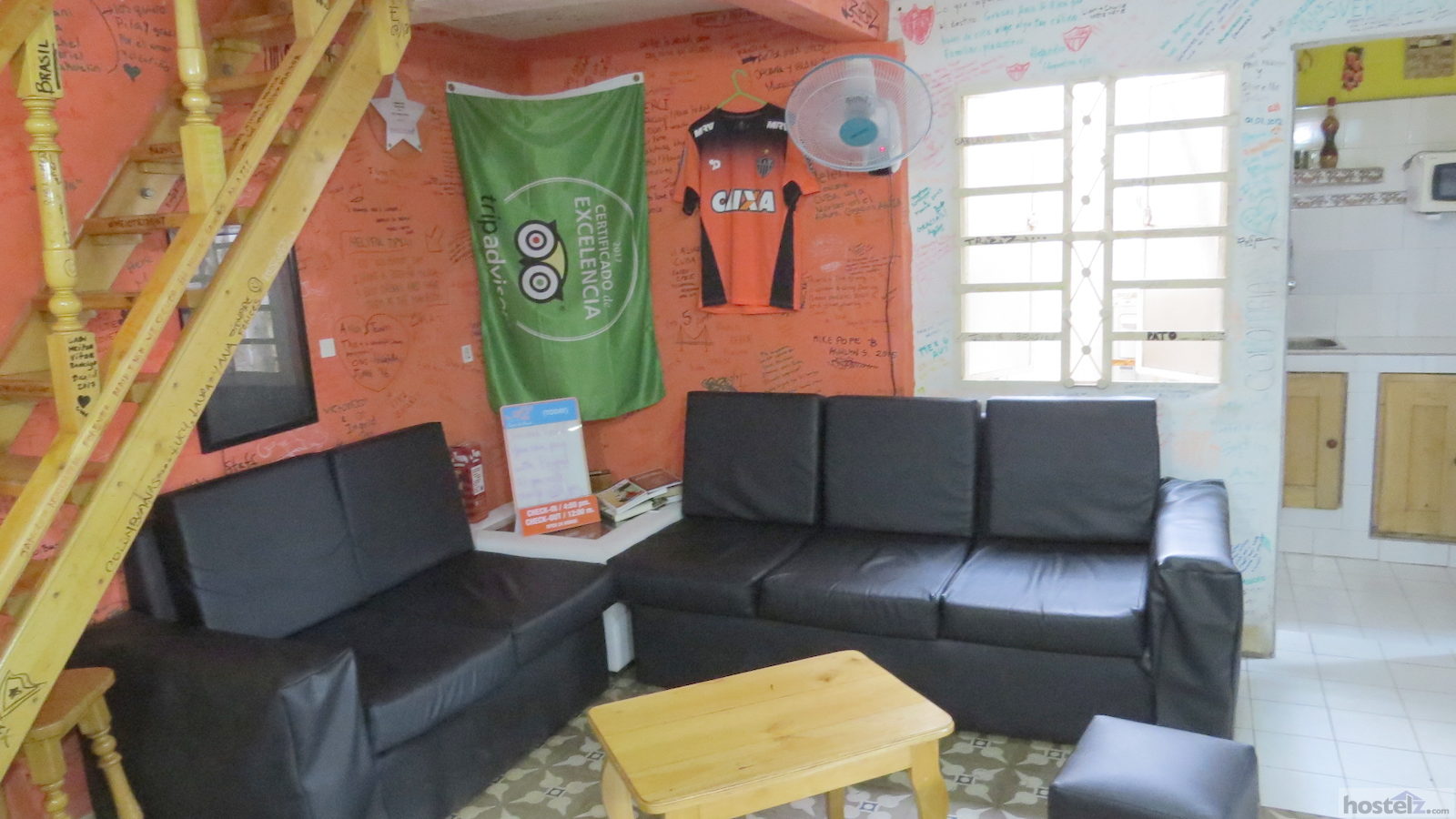 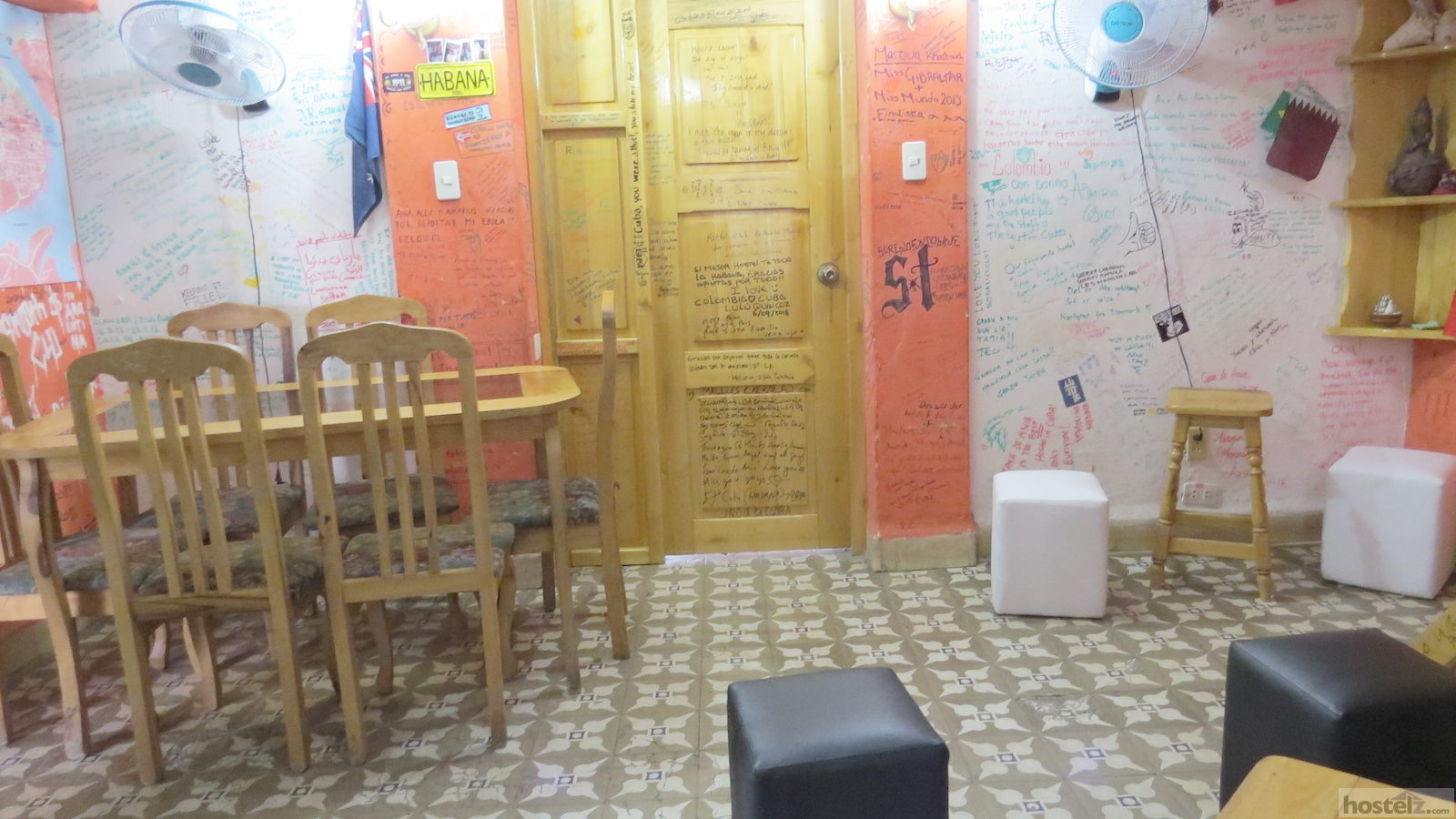 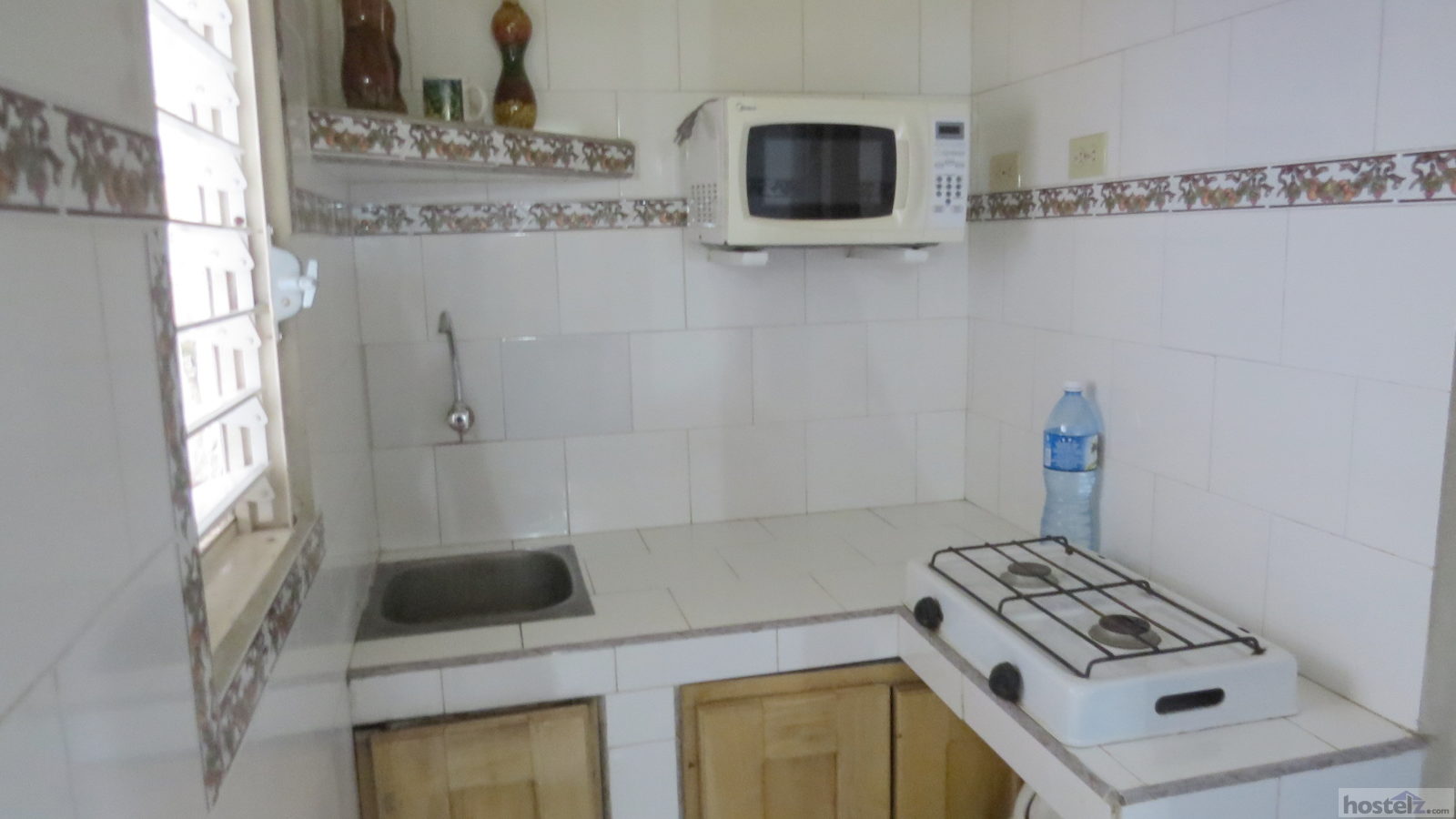 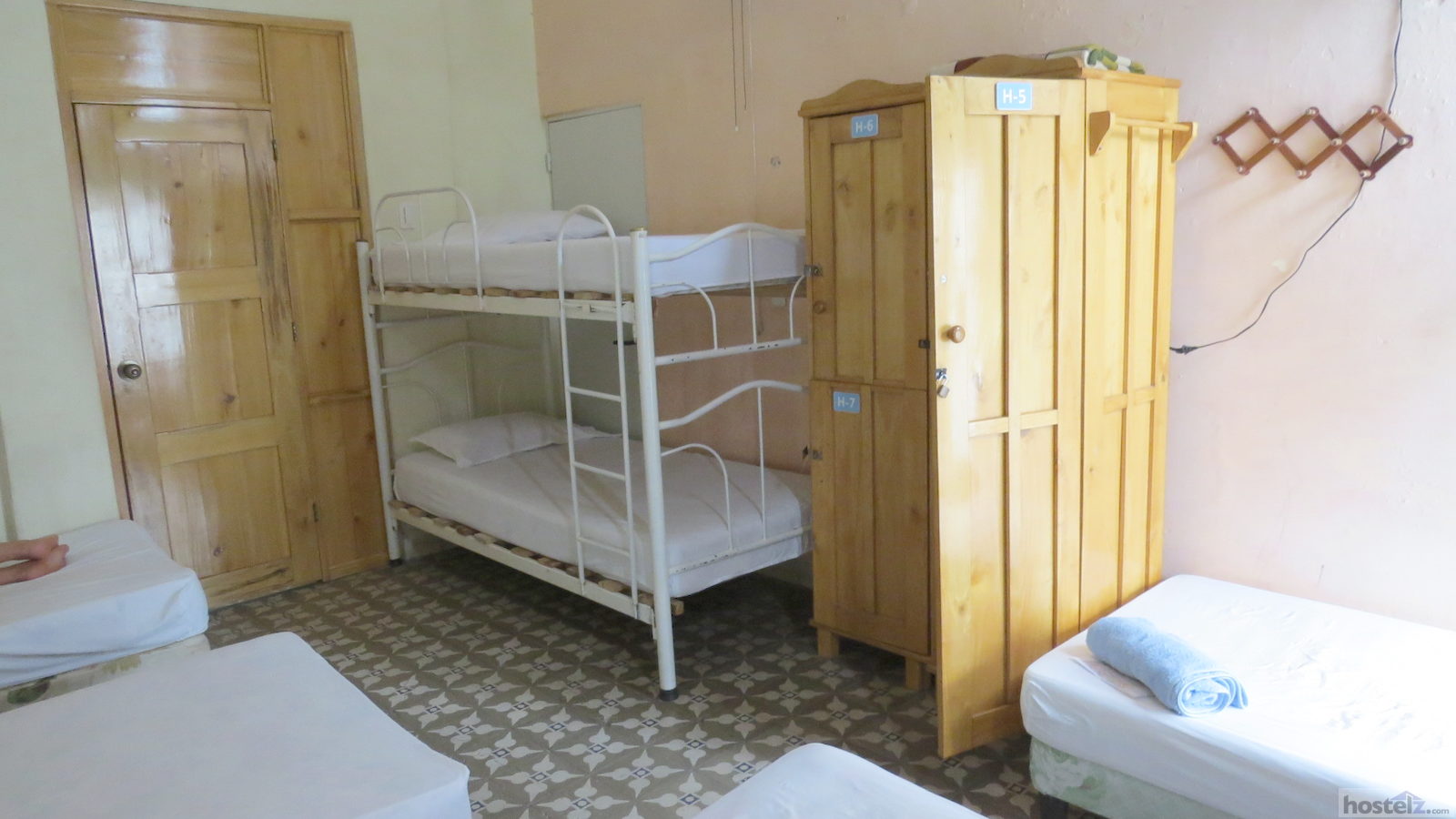 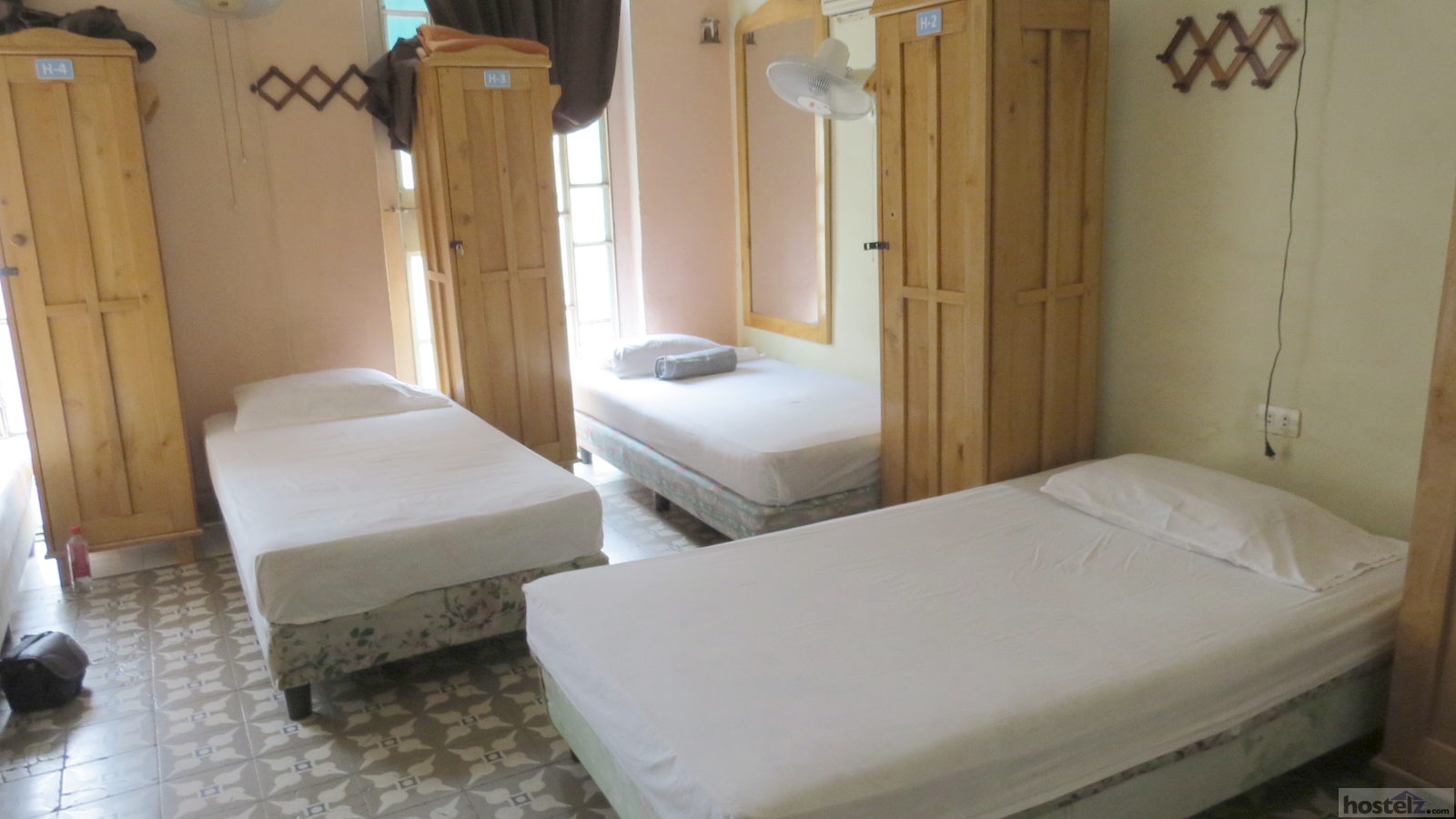 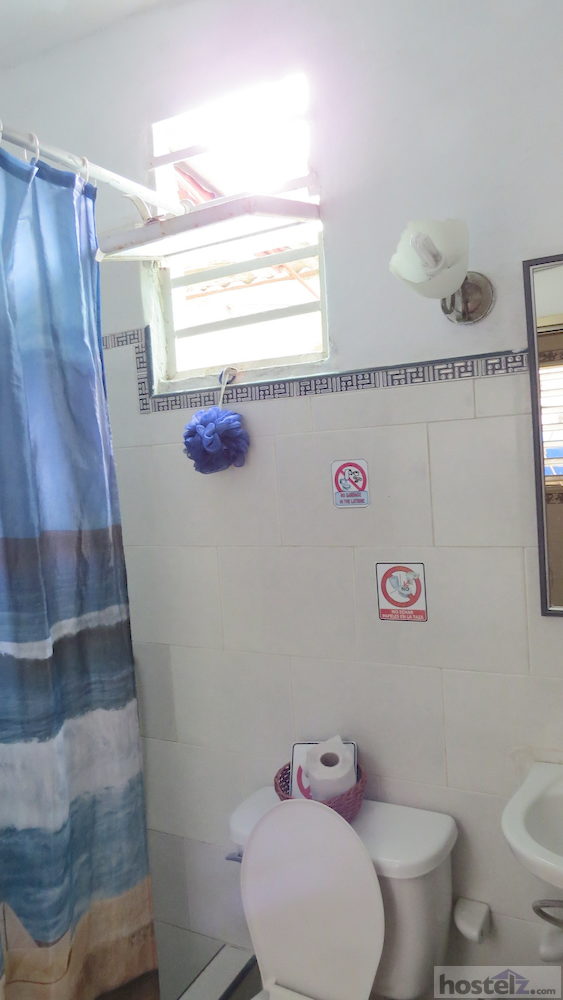 Hostel Casa de Ania in Havana opened our doors in December 2000.It is located in the middle of Havana with an excellent location. Its easy walk to all places Interesting for you. From our hostel you can visit Old Havana (only 30 minutes walking) where there are many museums, art, culture that you can visit. Another part is very near to Vedado only five minutes walking where all bars are, jazz club, Hotel National of Cuba, the malecon, etc…. We are very close to University Havana (only three blocks away) and one block away from Infanta Avenue and San Lazaro and in the corner of Martires Park.

Check-in time starts at 4 pm.
Check-out time is 12 pm.
Flexible check-in time.You can arrive to our hostel before 4:00 pm we have a room for your luggage until your check in here.
In our hostel there is reception service 24 hours.
Payment types accepted at this property: only cash. Here we accept Euros,Pounds, mexican pesos, and American dollar too.

In your price is include for you.
Excellent natural Juice of Welcome.
Map of the city for you
Free city tour in Havana
Spanish lesson free
Breakfast every day in the morning
WI FI FREE is one hour per day in the morning.
Closet with your keys.
padlock is included for you.
Information about Cuba and Havana.
sheets and towels are included.
General:

No pets are allowed at this property.

Guests must present a valid passport.

• From airport to centre of the city is very easy. Only from the airport to our hostel there are many taxis.
• There aren’t busses at the airport. All taxis are of Cubataxi Company. The official price is 25 CUC per transfer with this company.
• If you book in our hostel we can help to you to organize this service with this direct price with Cubataxi Agency.
• Here we can help to you with everything that you need.
• Another option is to walk 3 km from airport to Avenue Boyeros and in this avenue you can get bus directly to center. This option no is recommend if you have many equipage.
• So if you need more information about it you can ask us.
• For more information please do not hesitate to contact the property.

(if you know the URL of their website, let us know and we'll add it)
Phone Number: +53 (0) 787 04881
To add or correct information for this listing, please use the Listing Correction Form.

See all hostels in Havana

See all 14 hostels in Havana