6.4
5 Reviews
We compare all hostel prices in London for you. So you save money and time!

On the bright side, there are more hostels in London...

your hostels in London

How is The Court Hostel rated on booking websites?

The staff were lovely at the Court hostel. They made an effort to know your name, and gave the impression of a good family atmosphere. The rooms are small and basic however they are clean. I would recommend this place to a single traveler who needs a good night sleep. This hostel isn't for anyone who wants to party/meet people. I would stay here again as it is cheap (comparative to other single rooms in london) and friendly.

The Court Hostel has a sign outside calling it a hotel and the appearance of the entrance is good, so you think you are entering a quality establishment, but after the reception it gets seedier. The staff are businesslike and polite, but do not have that something extra, that interaction that hostelers are used to. Put simply, the place lacks character, is somewhat rundown, and is quite pricey (we paid twice as much as at our previous London hostel). The location is quite good, though it lacks the charm it had in the past when it was often known as Kangaroo Corner, and it's very close to its underground station. Checkout time is flexible -- ask at reception.

The hostel is a few hundred metres to the left of the main exit of the Earls Court Underground station and identified by the "Court Hotel" on the sign hanging above the door. This is not a bad location for sightseeing in London and particularly handy for the group of museums clustered in Kensington (including Science, Natural History, and Victoria and Albert, which are all very worth visiting).

Like nearly everything in this hostel, the rooms and bathrooms are basic and rather rundown. The dorm is quite spacious and contains a basic old wardrobe, one stool, and a washbasin. Despite it being illegal, management is clearly tolerating smoking in the dormitory -- there was a strong smell of both stale and fresh cigarette smoke (the long-term occupants smoke at the open window). The wooden bunks are sound, but the mattresses are extremely uncomfortable because of the many protruding springs. An old doorway to the next room has been replaced with plywood, which allows you to easily hear sounds from the next room. The window frames are filthy.

There is an inadequate supply of showers and toilets, and although they are functional, they are in poor condition. A shelf above one toilet can only be described as filthy. The shower, although spacious, is mouldy and has protruding rusty screws and split dirty sealant; it is functional, however, and the water is hot.

The only common area, open from 7 a.m. to 11 p.m., is a small kitchen with seating and tables for about six people -- this is also where the free, basic, self-help breakfast is available. The venetian blinds are filthy and there is grime around the edges on the floor. It has a microwave, a stove, three bar fridges, a saucepan and frying pan, a few plates and items of cutlery, and two small cupboards for hostelers' food. It has a TV and there's one pay PC in the hallway (not seen in action) and Wi-Fi is available throughout the building.

This hostel is substandard and lacks that hostel feeling. Safety and laws are ignored -- smoking is tolerated and a vacuum cleaner was left across a passageway for hours during our stay. It would be a questionable place to stay at half the price being charged. Most definitely, this hostel is best avoided. 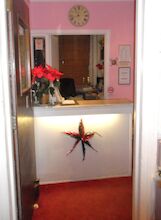 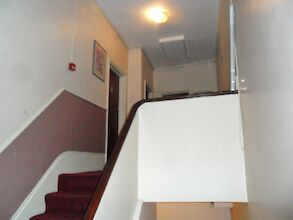 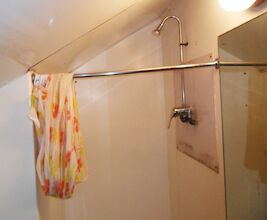 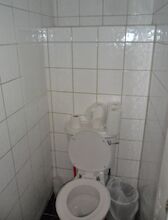 This hotel was not very clean, and it needs to be refurbished. It's close to the Earl's Court station. Go here if you don't know where to stay.

The worst place I've ever stayed in. Don't even think about it unless you enjoy filth and mold.

See all 97 hostels in London

On the bright side, there are more hostels in London...