8.2
3 Reviews
We compare all hostel prices in Echuca for you. So you save money and time!

your hostels in Echuca

I stayed here from January to late March in 2008. After being burned in Mildura I was very wary of coming to another hostel that promised to find me work. I called them up and talked to the owner and she said she had a job for me and would pick me up from the train station when I had arrived. She was on time at the train station and job was exactly what she said it would be and started exactly when she said it would and lasted as long as she said it would. I am very happy and grateful about this. The hostel itself was clean, the showers were hot. It had internet and a decent TV lounge. It has enough storage space in the kitchen and nice area with picnic tables and a BBQ. At the time it was dry hostel which was great for anyone having to wake up and go to work, however, there was an area at a local massage school where we could go and enjoy our booze if we so chose to. The rooms were quite large with I had seven other people in my room, but everyone was pretty cool so it wasn't an issue at all. The people I have met here were great and have even went overseas for a visit. I would personally stay here again.

I stayed here november 2006 primarily to do fruit picking after running out of money. the facilities are good with the kitchen getting a little crowded but its more focused on people than the hostel itself. debbie the owner was really nice who always introduced you to at least one person even if you wasn't working just so you had someone to talk to. the people i met there were amazing, fellow backpackers were so friendly i made some amazing friends who i lived with after echuca and met up afterwards. and you can even join the local video shop if you'll be for for a couple of weeks so you can take out a movie and everyone can watch it together. it's a nice touch. and the cinema does discounts if you show your room key. it's all good.

With all Australia has to offer, it's hard to imagine making plans to stay in the small riverside town of Echuca for very long. But for backpackers looking for farm work, it's not a bad place to stay for a few weeksas many cash-strapped travellers end up doing.

Set in an old renovated technical school, Echuca Backpackers still has touches of its old institutional roots. Repainted concrete-block walls, high ceilings, and a TV lounge with a big chalkboard on one wall will make you wonder which former classroom you're sleeping in. But the building itself is sunny and quite clean, with various nooks around to socialize or escape to alone, depending on your mood.

It's primarily a working hostel, though there is always the odd tourist visiting on weekends. Since many travellers end up staying awhile, there's a social atmosphere which often leads to nights out at local pubs The Shamrock or The American, a few blocks away. The hostel itself is located on Echuca's main street, within walking distance of the bus and train stations (though if you give the hostel owner some notice about your arrival, she'll pick you up herself). Two grocery stores (Coles and Safeway) are within walking distance and open until midnight. It's a short walk from a cinema, bottle shops, banks, clothing stores, and the town library. The historical port area, where souvenir shops abound and old paddleboats still tour the Murray River, is also nearby.

The hostel is in a two-storey building, each floor with multiple dorm rooms and bathrooms. Note that you'll pay the same price for a bed in a four-bed dorm with attached bathroom, as you will in a 12-bed dorm (though the mattresses are pretty comfy). Dorms are given a thorough cleaning every week. All rooms are furnished with bunk beds, and most have free lockers inside the room. The bathrooms are cleaned daily and most are private and self-contained rooms, complete with shower stall, toilet, and sink. The kitchen is quite large, with many shelves for food and multiple fridges and freezers. There are two stovetops, an oven, toaster, and microwave, and plenty of free tea and coffee to guzzle. Dishes are available with a $10 deposit (just watch your cutlery doesn't go missing!). There is plenty of space for eating and relaxinga big table inside, another huge one outside under umbrellas on the patio. The TVs only get a few channels, but there are cheap movie rentals down the street and lots of couch space between the two TV lounges. A third and quieter lounge consists of a sitting area around a wood stove in the centre of the hostel. There is one computer off in a corner with internet access, but it's pricey at $1 for 12 minutes, so you're better off heading off to the town library to do some free web-surfing. And if you're an environmentalist, be warned there isn't much in the way of recycling facilities.

Formerly part of the Nomads hostel network, it's now independently owned and run by a woman named Debbie, who is quite involved with her guests. She's very sweet and acts as a bit of a mum to the backpackershooking travellers up with work, listening to their problems, and scolding those drinking alcohol outside of the hostel's permitted areas (yes, there's a little fenced-off area in the parking lot behind the hostel that's the drinking areaotherwise, there's no drinking allowed inside). Be prepared to put up with the rules (or sneak your goon into a coffee mug)it can seem a little silly sometimes, but it is a nice touch for the people getting up at 6 a.m. for work.

And speaking of workdepending on the season, there are all kinds of opportunities to make money if you're prepared to work long hours in tough jobs. January to April is high season for picking pears, tomatoes, apples, and even grapes. There also are packing shed and construction jobs and more, and Debbie is quite connected and great at setting travellers up with work at most times of the year. It can be a bit difficult to save great deal of money therethe price of the hostel ($138 pp weekly) is a little steep for its country location, and the cost of car hire ($7.50 per day per person, plus fuel) feels like it's adding insult to injury, especially when you learn how often the old junkers break down. But if you're carless and needing to get to your rural job, at least there is an option. But if you're looking to save a bit and work for a few weeks (or fulfill that pesky three-months of rural work requirement for a second year's Australian working visa) while staying in a nice environment, Echuca Backpackers is not a bad place to stop for a while. 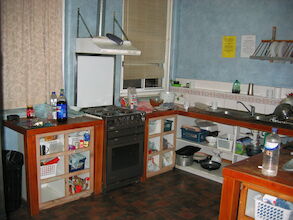 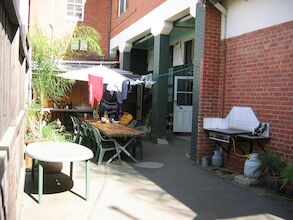 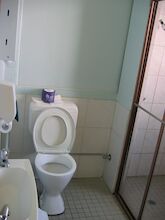 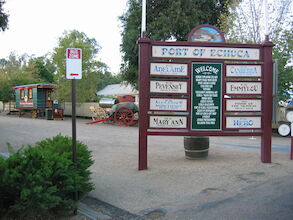 This was probably the best hostel I've stayed at in Australia so far. The staff was friendly and very helpful, it was extremely clean, and the common areas were spacious and well-equipped. The other guests were all very friendly as well and it was easy to make friends. I would recommend this hostel to anyone visiting Echuca.

Echuca Backpackers Reviews from the Web

Customer review
2014-07-27
Liked: Location is good. Close to everything. Disliked: Rooms were very messy, not really the problem of the staff i guess more the guests staying there but clothes and items were thrown all over the rooms and made the room smell.
Adriana Ranalli
2012-01-08
Liked: friendly Disliked: kitchen is unclean
Customer review
2011-03-06

The Location was great.

everything except having to provide own towels

Strapped for cash, "no worries", come and stay with us and we'll help you get work. We have new jobs coming in daily.

Transport to and from work


Echuca area has a population of about 15,000 with a thriving food manufacturing, fruit and vegetable industry there are ample work opportunities. Easy walking distance to pubs, clubs, shops and restaurants. Day trips to the bush, historic port and paddle steamer trips arranged. Discover the best climate, beautiful riverside location and unique red gum forests. Experience the mighty Murray, wet lands, fauna parks and museums in this very historic town. To top it off, we have a wonderful hospitality industry ready to look after you.

Echuca Backpackers is listed on the following booking sites:

www.backpackersechuca.com.au
Phone Number: +61 (3) 5480-7866
To add or correct information for this listing, please use the Listing Correction Form.