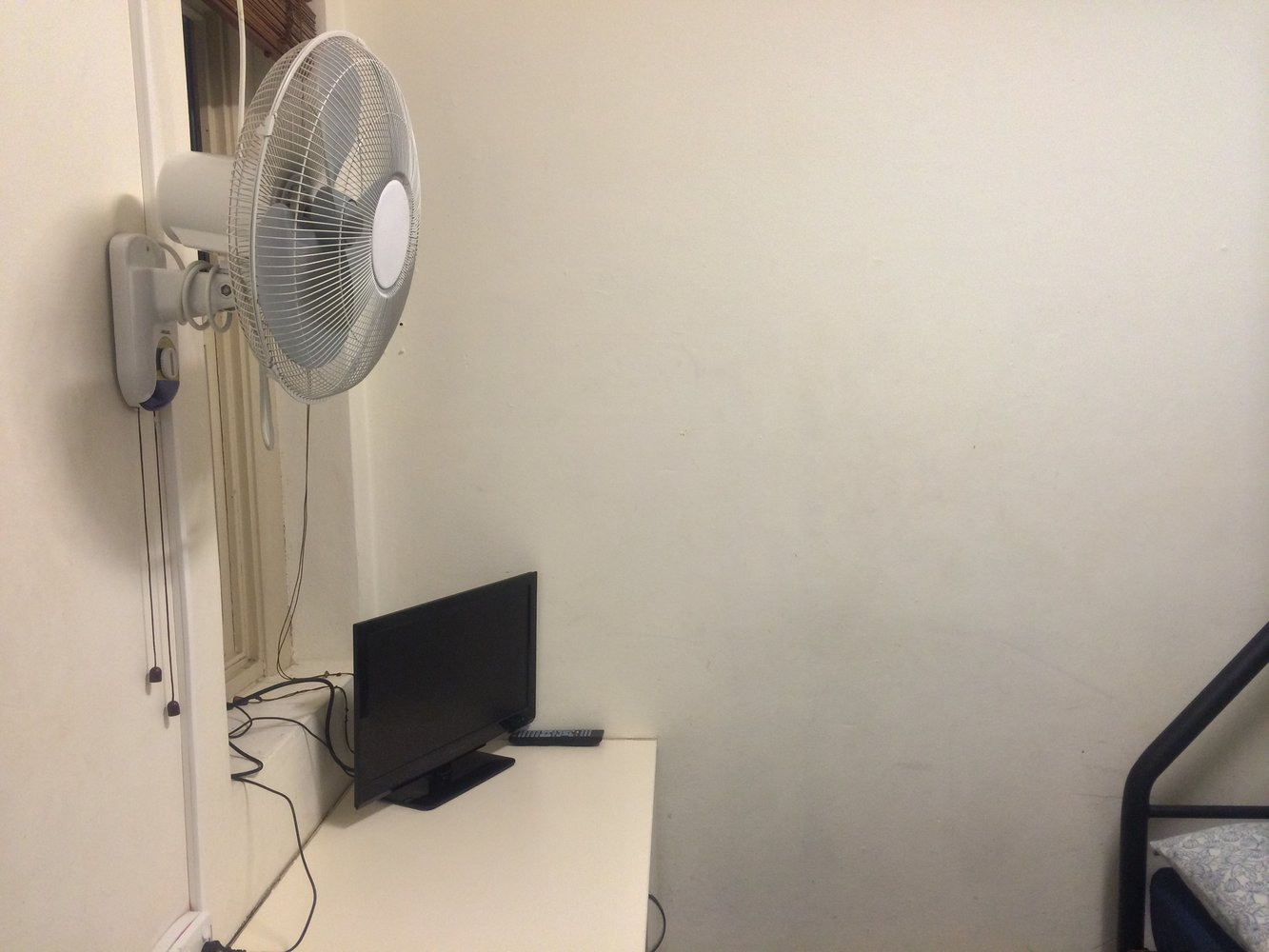 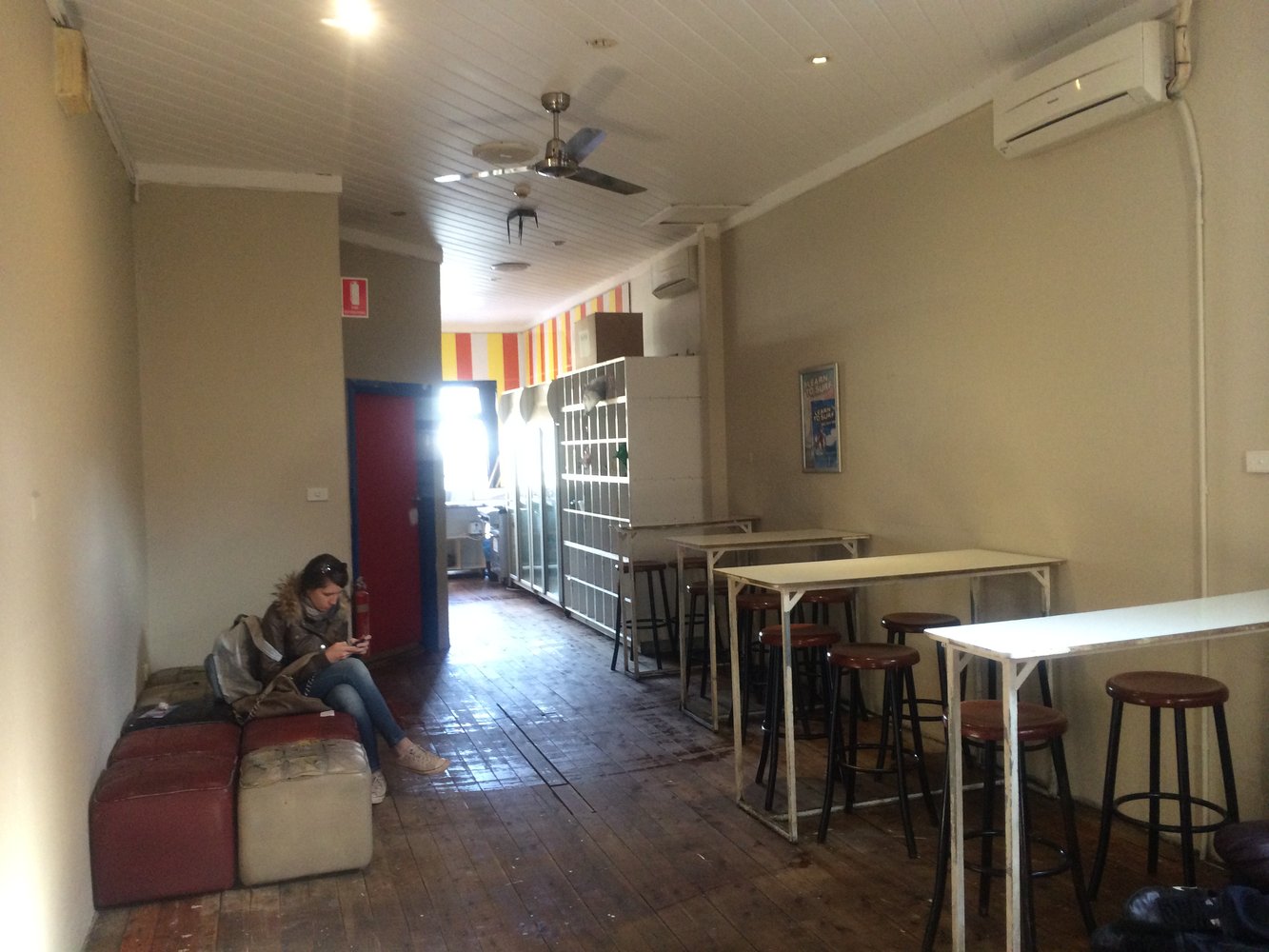 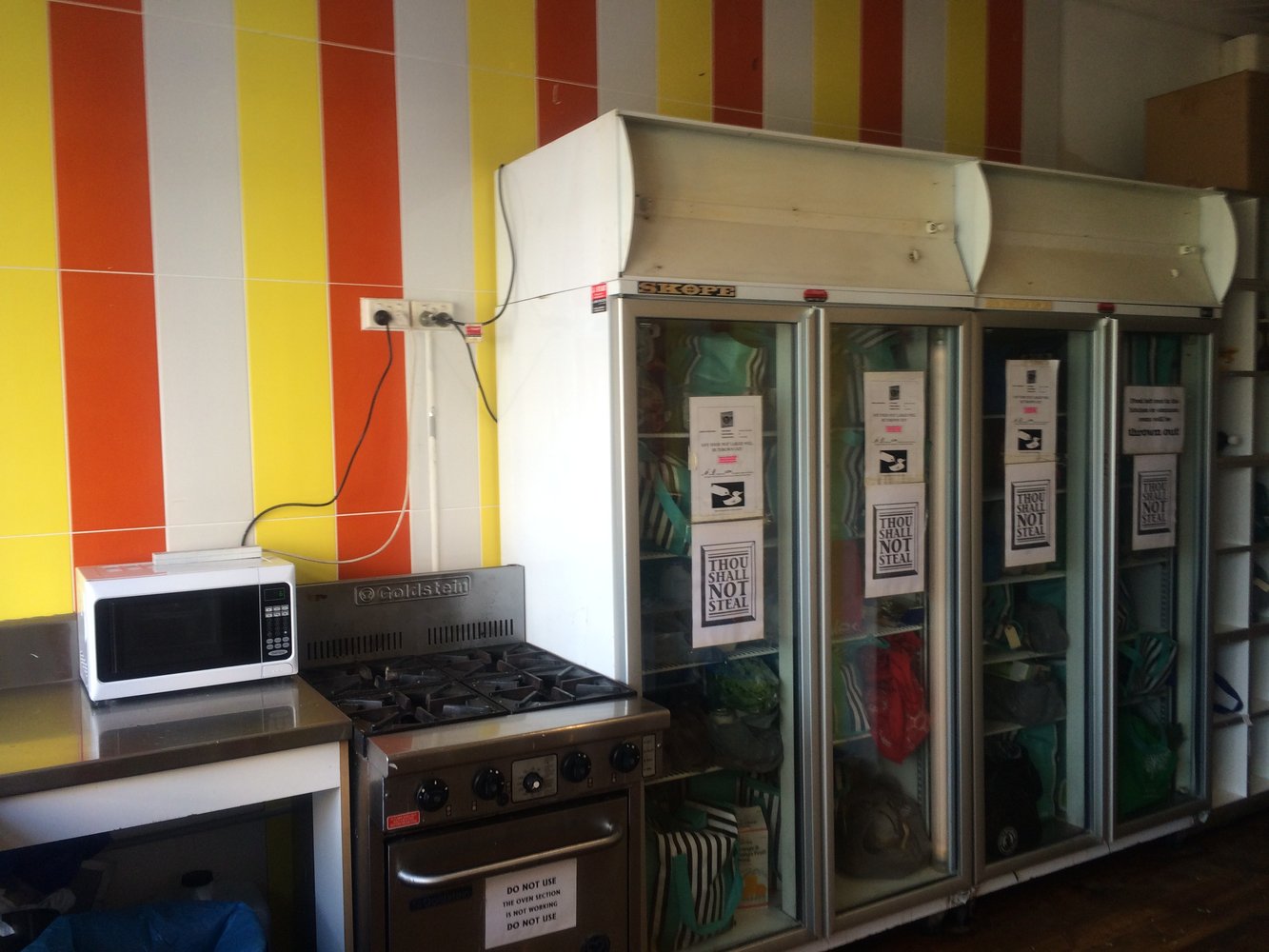 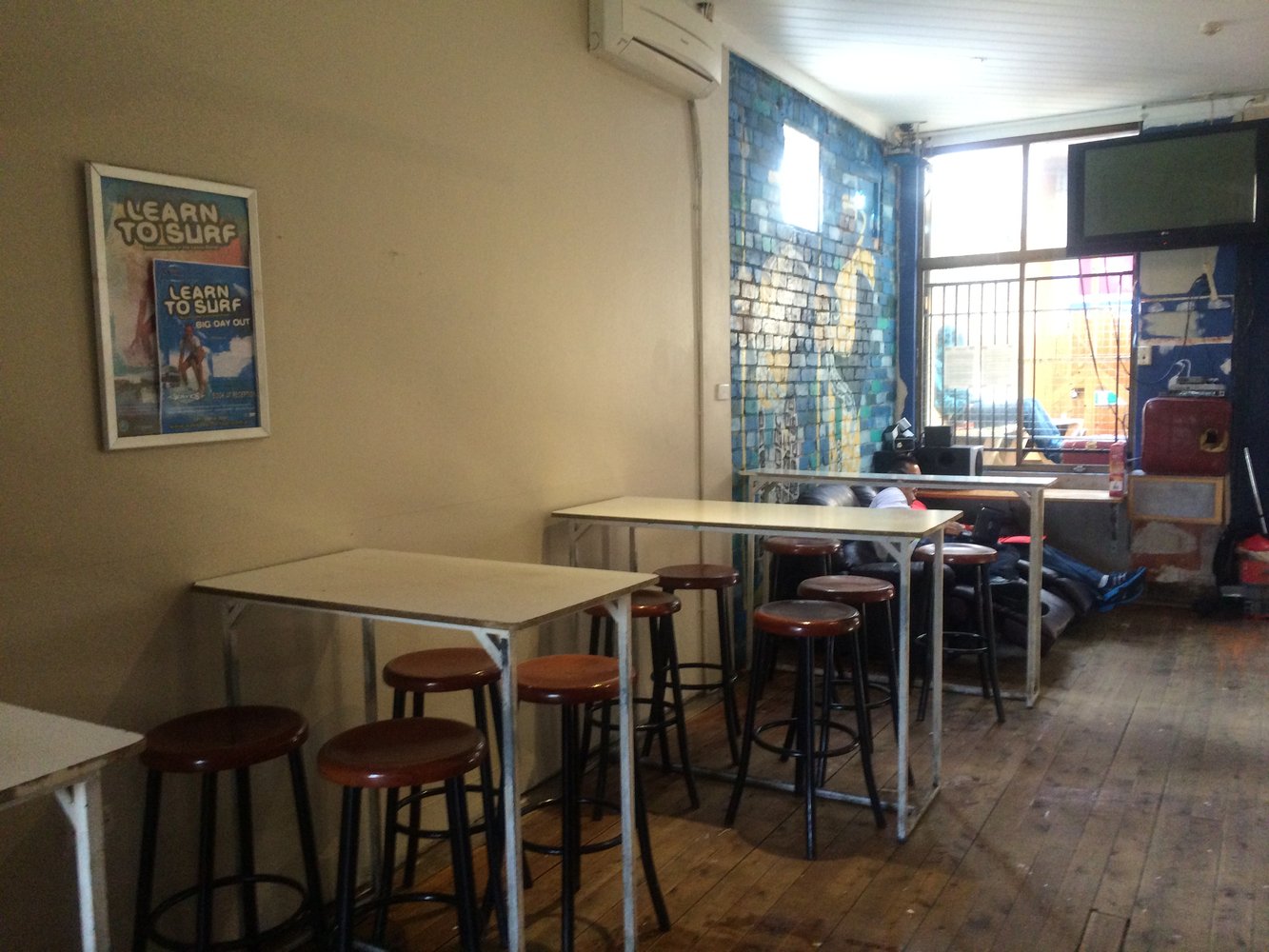 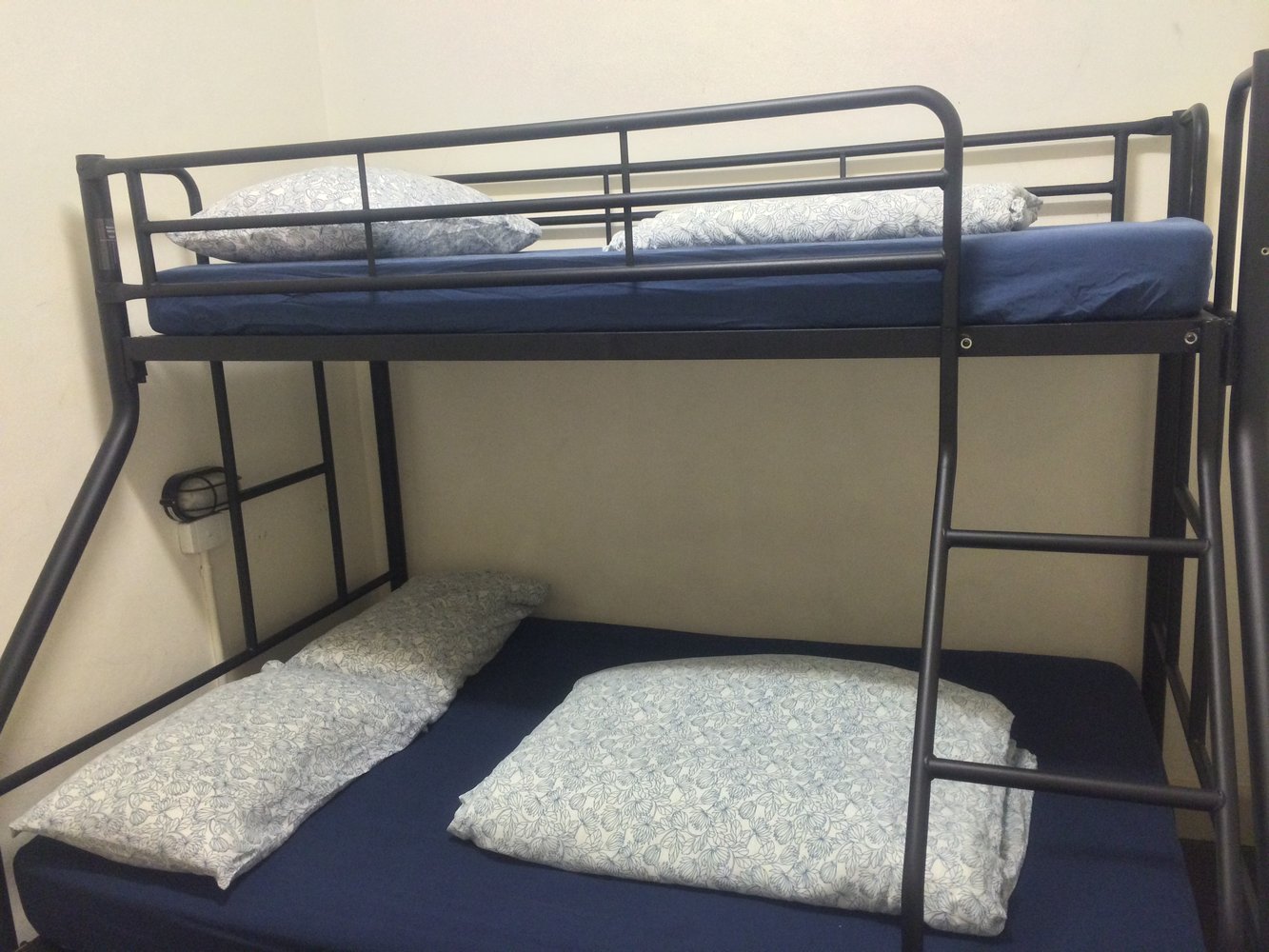 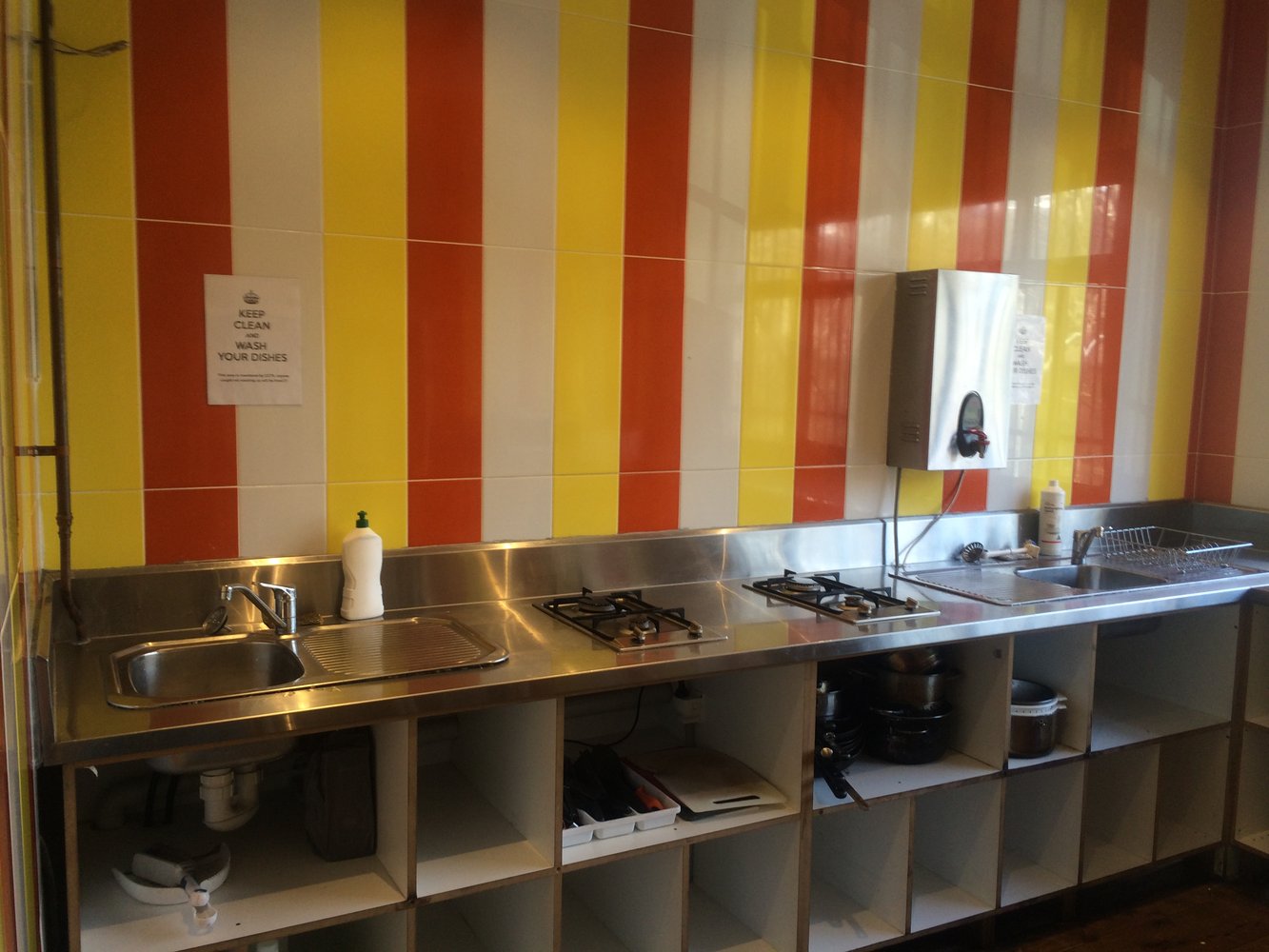 Great location, great price, if you don't mind the mold.

The location is great, close to CBD, lots of restaurants, bars in the area. There was a Coles less than 5 minutes walk away, train station was even closer. We were able to check in early which was nice. The luggage storage is a little sketchy as it was just leaving your luggage in the reception area, where anyone off the street could walk in and take your stuff. We had a private double on the first floor. The room itself was cosy. No mirror or hooks to hang a jacket or towel. There was a small bar fridge which was awesome. The tv did not work and the wall mounted inverter had no remote. There was mold all over the exterior wall, as well as the door. It rained most of our stay and the walls were damp most of the time. We had a window in our room that went into a storage area and had to keep it open the whole time to try and air out the room, thankfully there was blind. We got used to the smell of mold and mildew as well as the slugs and a few roaches. The showers and toilets were clean, however they could use a few more of each -- only 3 of each, one toilet was backed up for over a day.

Chilli Blue Backpackers in Kings Cross, Sydney, got our attention, as it sometimes offers incredibly cheap special offers online (which make it the the cheapest accommodation in Sydney) so we checked it out! The most impressive fact about this hostel is that the front of the hostel looks very tiny and small, but once you enter the stairways after the reception, there are heaps of small rooms connected to the crazy design of the very tiny stairways (our biggest bag hardly fit through the one-meter-width space.

Every tiny room has its own art face painted on its door, which gives the hostel a very unique atmosphere -- it looks a bit like street art. The dorms (we checked out a four-bed dorm) are not very big, so you don't have the "normal" double beds (one upstairs, one downstairs) as in most other hostels but single ones. In the nights you'll have good company of many bugs that accommodate the dorms too. The mattresses are filthy but they have clean linen when you check in. There are small lockers in the rooms, plenty of power points, a mirror, and a fan. The shared bathrooms have a very new interior design and are incredibly clean. When they get messed up by the other partying guests, they get incredibly cleaned within hours again.

There comes a garden area for the guests who like to drink alcohol in the evenings and the atmosphere is very nice and friendly. In the morning this area looks like hell but gets cleaned up until midday. The kitchen is cleaned very well until the free morning breakfast (7:30 to 9:30), which contains toast/bread, marmalade, coffee/tea, an egg, two slices of cheap cheese, and cheap cereals with milk. Attached to the kitchen is a living/dining area with a TV, tables and couches. The hostel provides free Wi-Fi (but you can't use it for video/download), which only works in the common areas. The ovens in the kitchen are out of order.

If you get a cheap price for the nights, then the value you get for the money is pretty good. The dorms are not perfect -- they're a bit messy, filthy, and some of the party guests can make your nights bad. And if you like to party in the garden area instead of the expensive pubs and clubs, then this hostel also offers a nice atmosphere. When we checked in, the management told us that "you can't book online anymore once you checked in for the next days (and thus you cant use online discounts)." But we didn't try it. All in all -- it's good value for a very cheap price if you don't need a bug-free room. 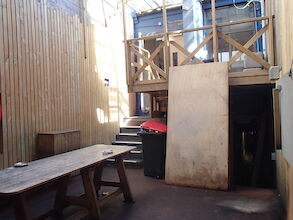 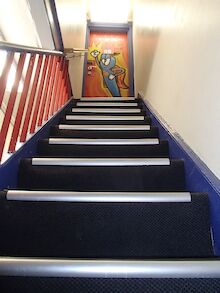 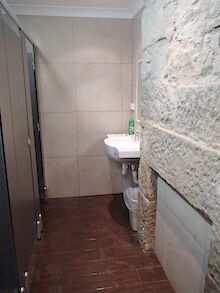 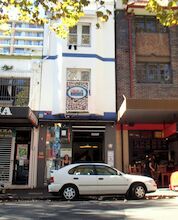 The worst I stayed in -- ever

Well, this happened 2006 but I am sure not much has changed. It was loud, smelly, and all was dirty. We only stayed there as long as we needed to (over Chrismas time 2006) before leaving. In the morning there where cockroaches everywhere and the showers weren't clean. I wouldn't recommend this hostel to anyone! Don't go there because you hope for free breakfast -- its not worth it. We actually never had the "free" breakfast because they wanted some money!

Do not stay in this hostel

This hostel has the rudest staff I have ever known. Terrible customer service. I made a booking for New Year's Eve and paid a deposit then a couple of months later they e-mailed to say that they now required a bigger deposit. I called their reception and paid it (to someone who could barely speak English) then a week later they e-mailed to say they had canceled my booking. I'm now without anywhere to stay on one of the busiest nights of the year.

I was really disappointed about Chilli Blue, because I came there on advice from others. Maybe I was very unlucky, but some of the staff weren't friendly at all. When I asked where my room was located, I was told "up the stairs" in a rather rude tone. Ok. It turns out it was at the third floor, just like a loft. The room was horrible, had to have windows open plus a fan on, and it was still freaking hot. No curtains. So much noise from I don't know where that it was impossible to sleep. On top of that, one night, a member of the staff was having the biggest argument ever with her boyfriend in the hall, for a long time. Not cool at all! Like I said, maybe I was there in the wrong room at the wrong time, but I'd never go back or recommend it to anyone!

from when we arrived we were looked after by the staff, this is definatly one of the better places we stayed at in the cross..

we stayed here before but it was under a different name, now it is much better and we will definatly come back..

I got a bad feeling as soon as I rang this place from India, where we were previously, as the woman on the phone was very unhelpful and rude however, we still decided to stay there. When we actually arrived in Sydney it was about 11:45 p.m. and we were very tired from the flight. We got to the front door of the hostel and it was locked. On the door was a notice saying we could pick of the keys from the local supermarket. We lugged our bags to the supermarket only to find out that no keys had been left and the guy there had no idea what we were talking about. We were stranded in Sydney late at night where most of the other hostels around the area were shut. Luckily we found another hostel to stay at.

I got a very warm welcome and the guys that run it are fabulous. I arrived on my own at Sydney airport early in the morning and punched their number into a phone box. I was picked up and made to feel welcome straight away. The free barbecues were great and Dingo rocks! It's central and I felt safe at all times. The showers are not so good and the bunk beds creak but the atmosphere is great.

How is Chiliblue Backpackers & Youth Hostel rated on booking websites?

See all 63 hostels in Sydney

Maximum Stay: up to management

See all 63 hostels in Sydney