7.3
1386 Reviews
Top Location
Cheapest Hostel in Brno
We compare all hostel prices in Brno for you. So you save money and time!

Hostel Eleven is listed at the following booking sites:

How is Hostel Eleven rated?

The most important thing to note about Hostel Eleven is that it’s based above both Café Eleven and Eleven Club, which is great if you’re looking to socialise or possibly check out some live music. However, it is an arrangement that comes with some potential drawbacks, namely the noise from the street below and the lack of a central common area in the hostel.

One of the big selling points about Hostel Eleven is the location. It’s right in the thick of the historic centre of the city and quite literally around the corner from both the tourist information centre and Zelny Trh market square. St. Peter’s and St. Paul’s Cathedral is less than two hundred metres away, as is a Tesco Express if you’re after an affordably priced convenience store. You can also walk to the peak of the hill on which Spilberk castle stands in about twenty minutes, and it’s a similar distance to the main train and bus stations. And there’s no point in even trying to list all of the nearby restaurants and bars because there are far too many to count!

Hostel Eleven’s rooms are generally clean and very spacious. Sturdy, wooden bed frames and comfortable mattresses make for a decent night’s sleep -- provided you take advantage of the complimentary earplugs the hostel provides -- and large lockers mean you could probably fit your entire bag inside if you really wanted to. However, not all of the beds have plug sockets nearby and there aren’t any individual lamps in the berths. The bathrooms, though clean, are pretty basic. Toilets and showers are housed in separate cubicles and things can get a little cramped at times.

As mentioned previously, the hostel doesn’t really have a central common area. There’s a small kitchen -- with a kettle, one hob, but no microwave or oven -- and what’s described as a dining area, though it’s really only big enough to accommodate two or three people. Still, there is some added desk space in the corridor, which proves to come in useful, although the strength of the Wi-Fi signal is pretty poor. Of course, if you’re planning on spending most of your time downstairs in either the café or the bar, then the lack of a decent common area isn’t going to be such an issue, so it really depends on what you're looking to get out of your stay.

While the beds are comfortable and the hostel is generally kept very clean, there’s no getting around the noisiness of the place, from both the club downstairs and the people that flood to the street below. In fact, it's the people on the street who are the loudest of the lot. The free earplugs do help to minimise the issue, but there’s still the lack of a main common room to consider, meaning the place doesn’t have too much of an atmosphere. All in all, this hostel is probably better suited to groups than it is to solo travelers.
Photos taken by the Hostelz.com reviewer — Genuine photos you can trust. 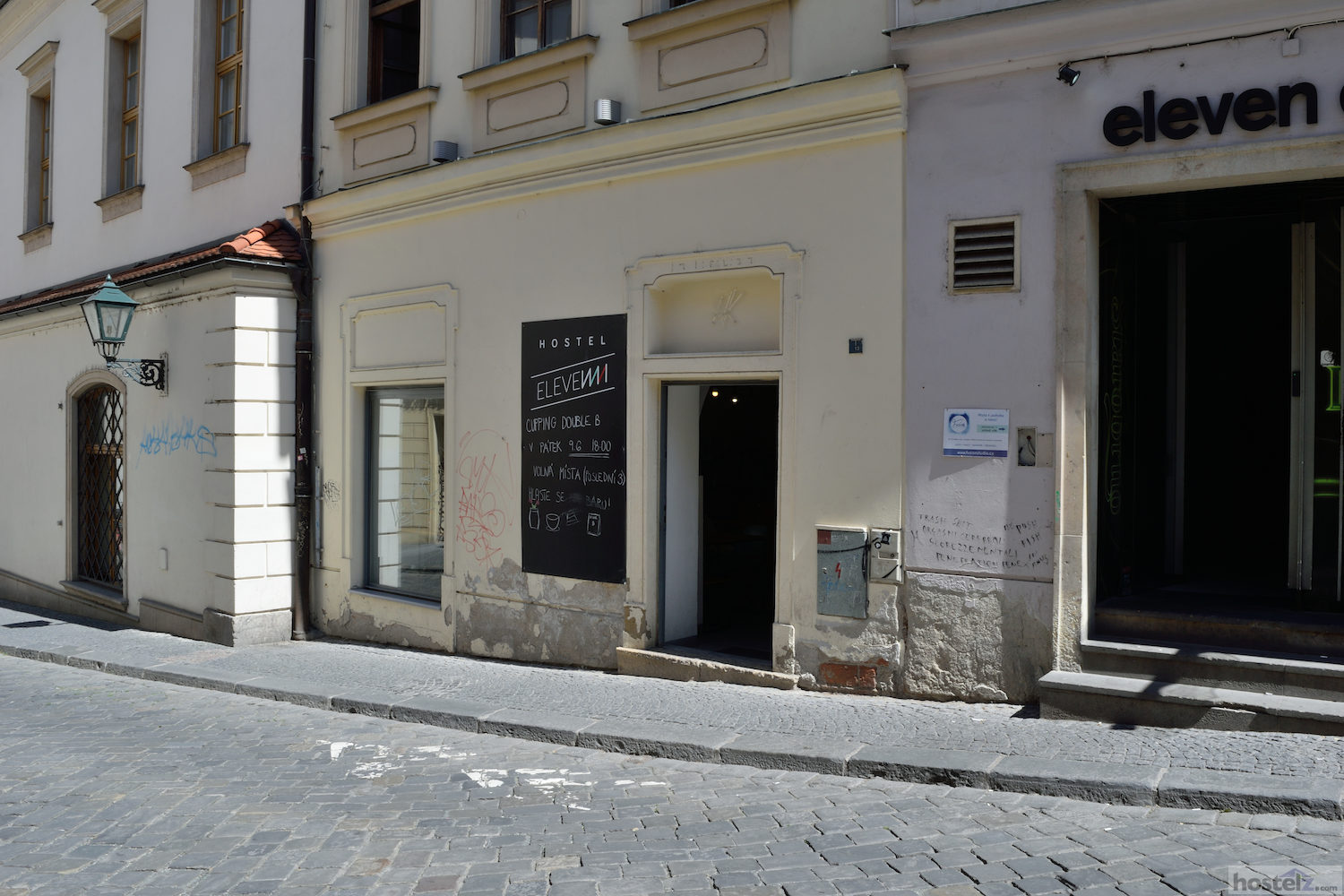 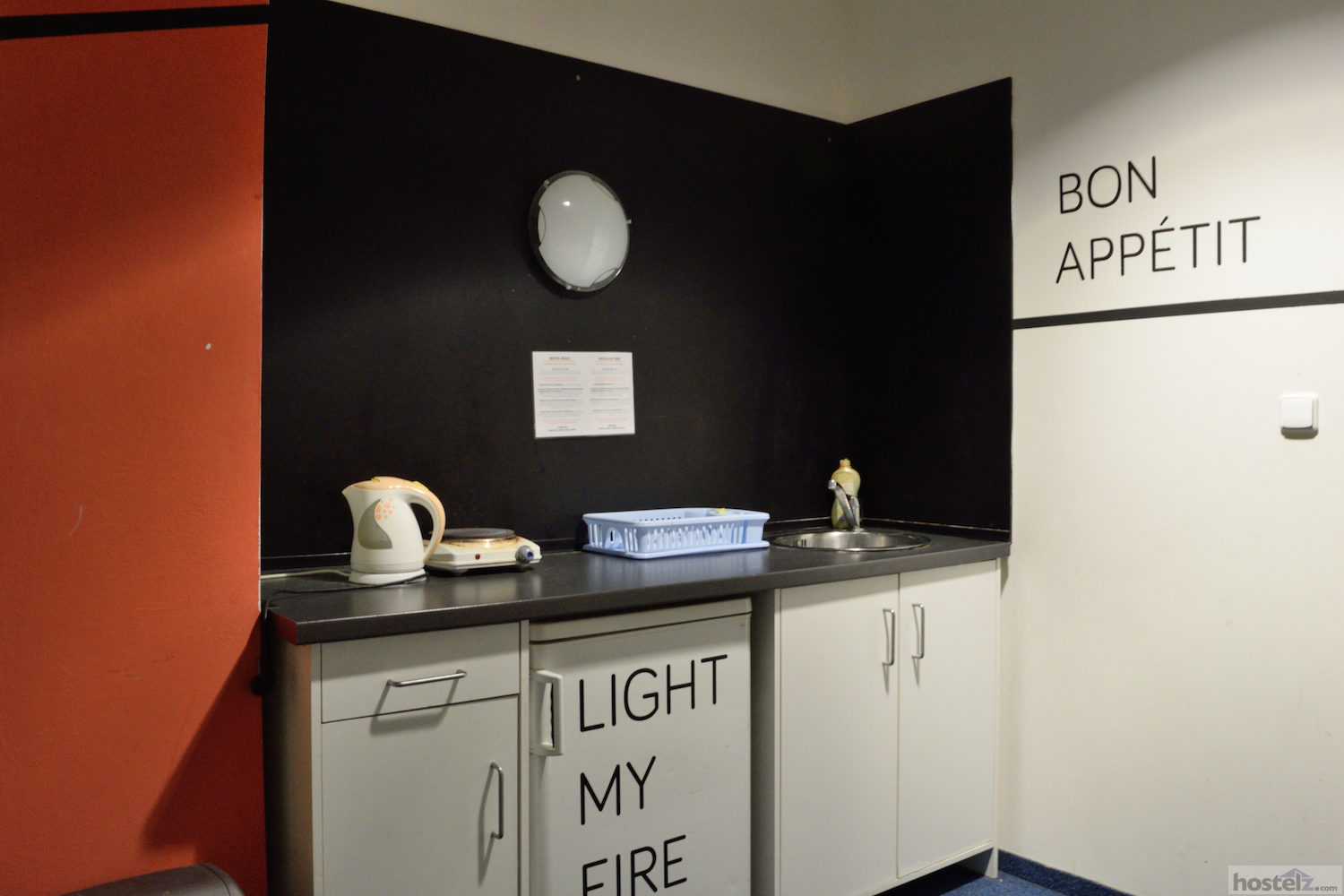 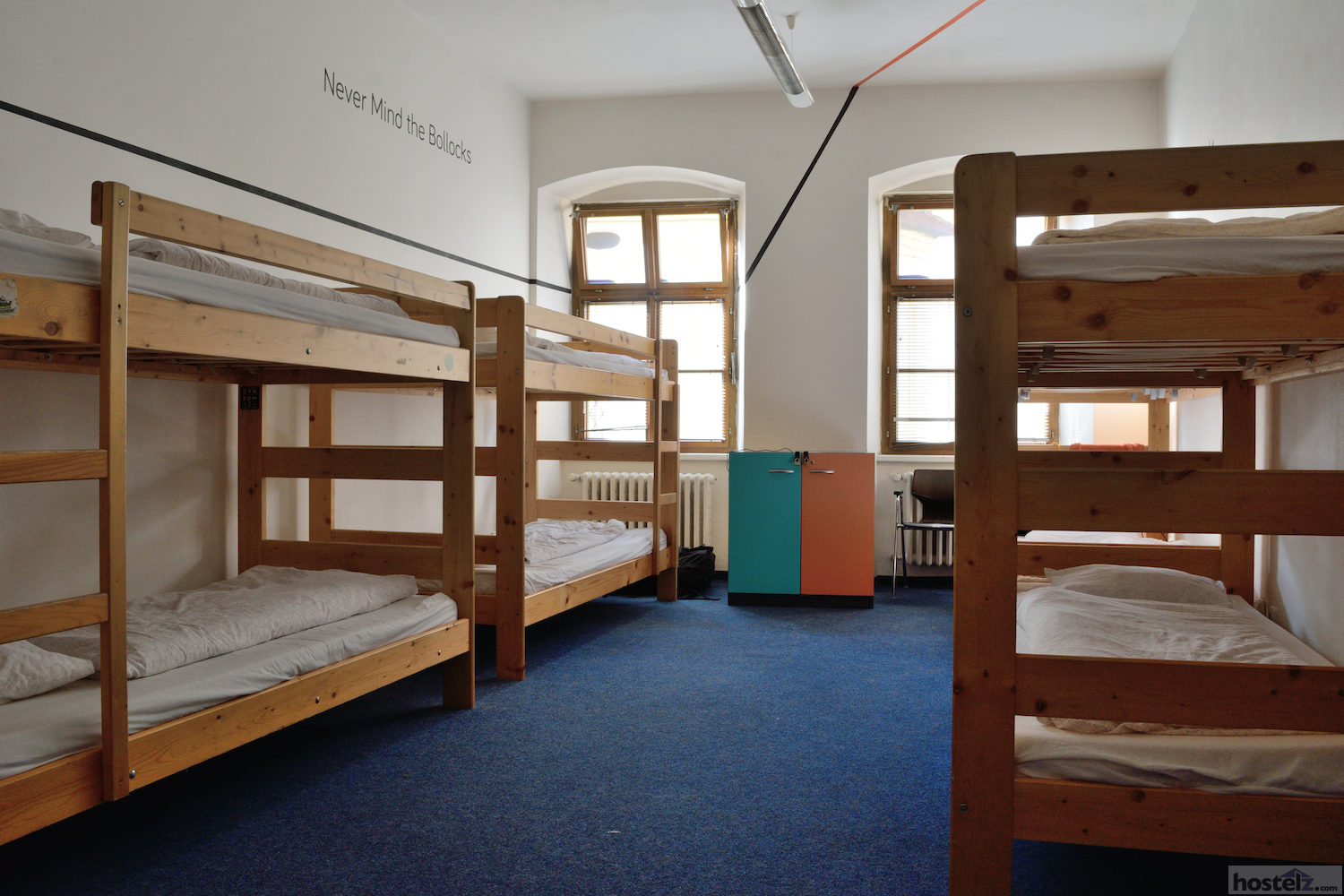 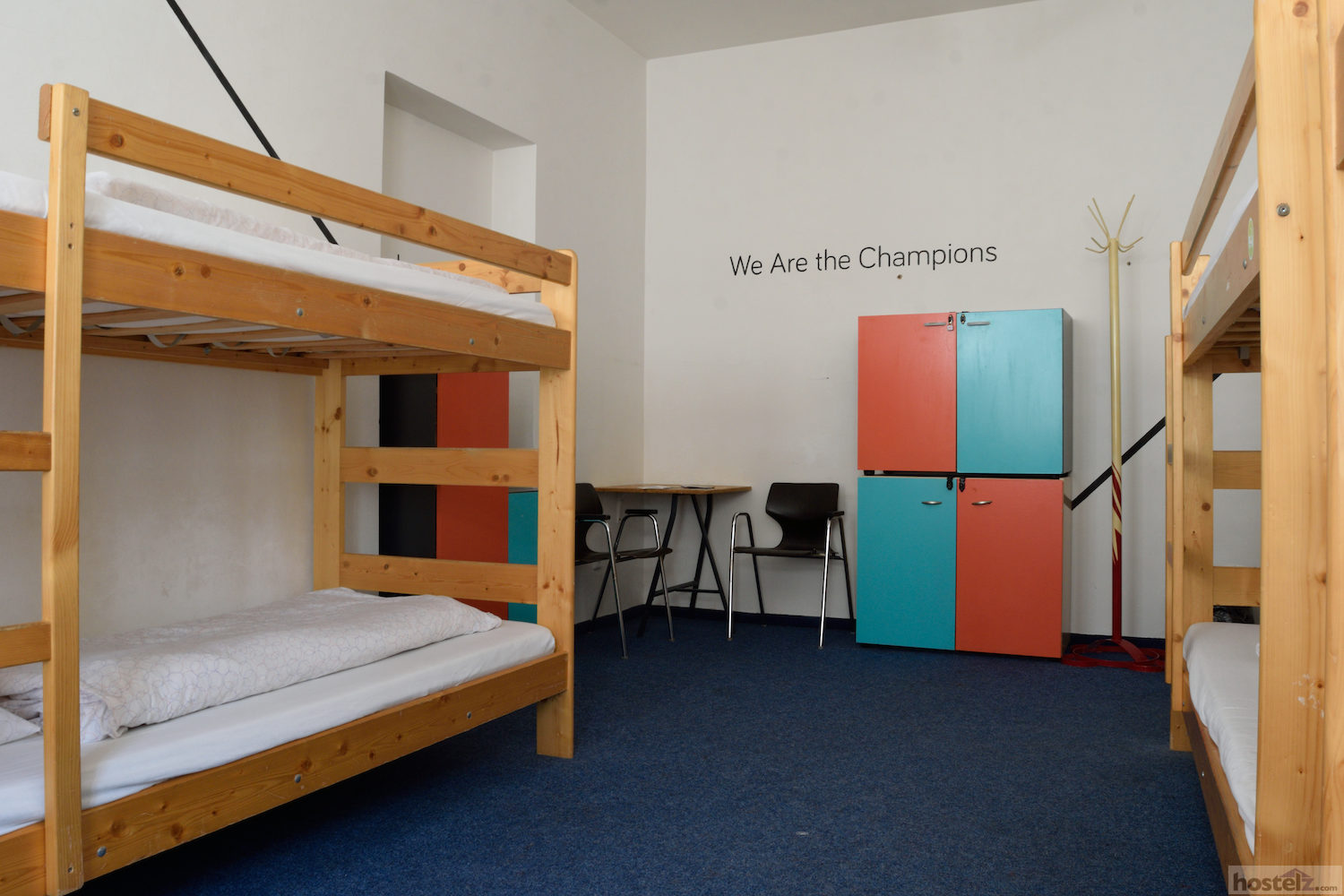 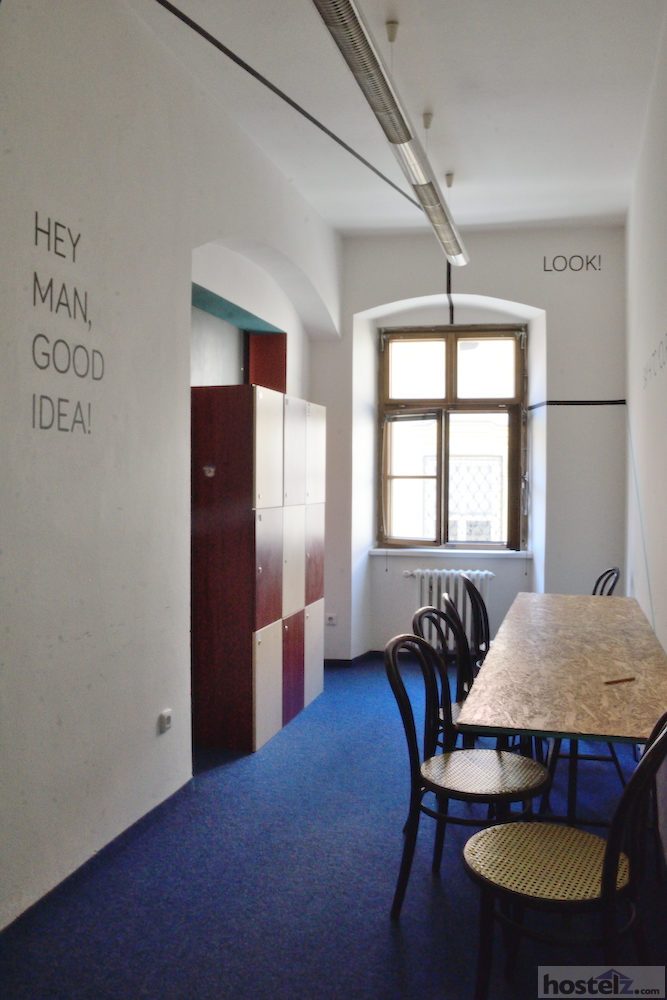 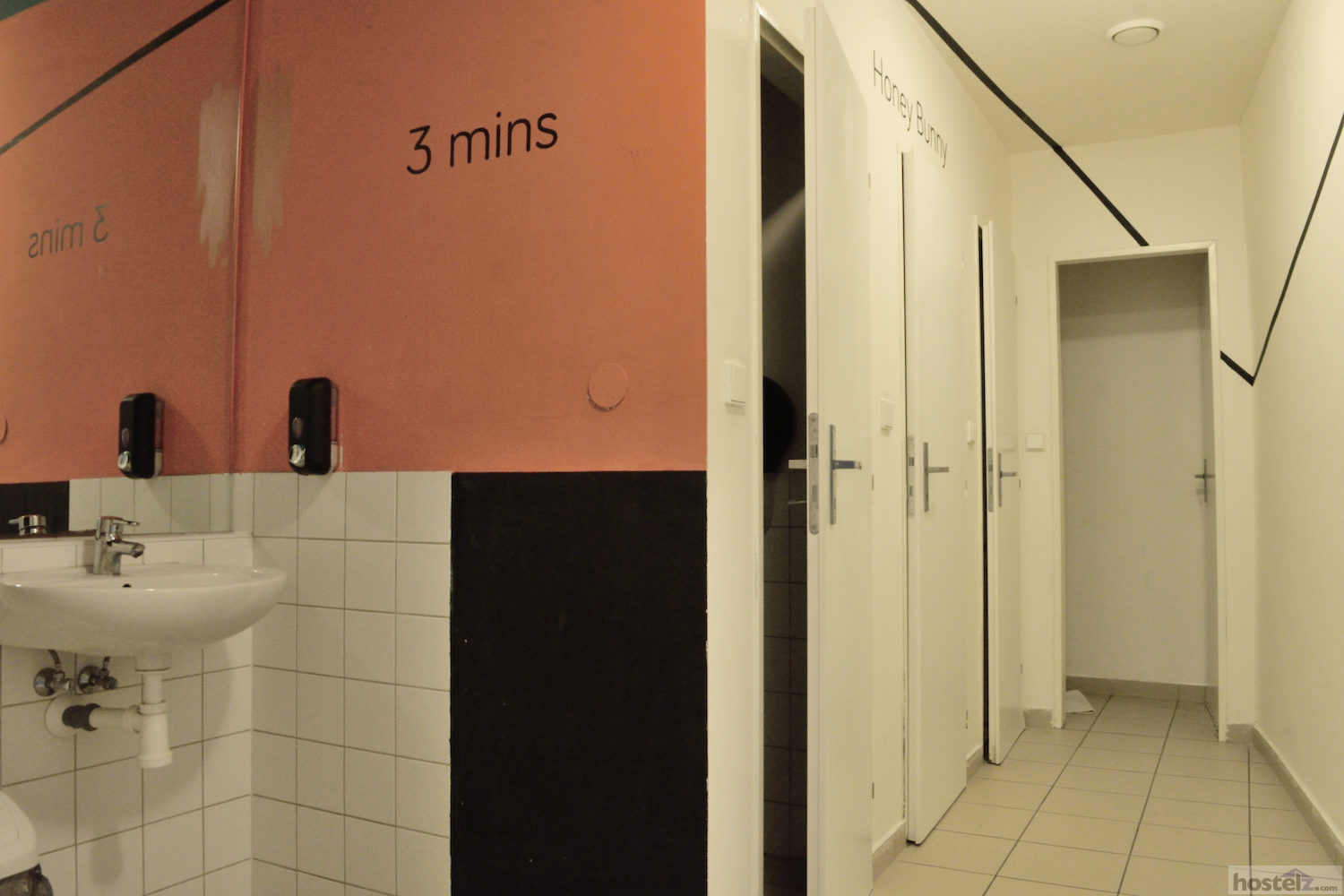 Our hostel is located right in the historic centre of Brno, it is just 150 metres away from the well-known St. Peter's and St. Paul's Cathedral. Å pilberk Castle can be reached within 500 metres.

Hostel Eleven is surrounded by many bars, pubs, restaurants, music clubs or cafÃ©s. It is very good place for lovers of night life. Staying in the very center of the city has a lot of advantages but be aware that it might come with higher probability of noise.

Our hostel offers shared dormitories as well as private rooms. Safety lockers, towels and linen are provided for free. There are also curtains, electric plugs and lamp on each bed in shared dormitories. Luggage room is available for all our guests. Free Wi-Fi is provided in the entire building.
All guests have an access to the kitchen with a dining area, as well as a shared bathroom with a shower.

The Main Train Station can be reached within 500 metres, while a bus station is 1 km away. Free public parking is available at a location nearby.

- cancellation policy: 24h before arrival
- payment upon arrival by cash (EUR, CZK), credit cards
- this property may preauthorize your card before arrival.

General:
No curfew.
Pet friendly.
Child friendly.
Key deposit - 200 CZK / 10 EUR.
Non smoking.
No age restriction, but children under 18 years must be accompanied by an adult.

• Closest tram / night bus stop: Silingrovo namesti or Hlavni nadrazi.
• If you are coming from Main Railway Station / Hlavni nadrazi or Bus Station Grand / Autobusove nadrazi Grand, do not bother taking a tram, it is less than 10 minutes walking!

Hostel Eleven is listed on the following booking sites:

www.hosteleleven.com
Phone Number: +420734622338
To add or correct information for this listing, please use the Listing Correction Form.

See all hostels in Brno

See all 9 hostels in Brno