6.4
606 Reviews
Cheapest Hostel in Dunedin
We compare all hostel prices in Dunedin for you. So you save money and time!

Manor House Backpackers is listed at the following booking sites:

It is the only way to book Manor House Backpackers

How is Manor House Backpackers rated on booking websites?

Situated in an old villa with some lovely tree growth around it, Manor House Backpackers isn't your usual hostel -- though slightly rundown, this hostel offers a unique, old-world charm.

It is located slightly outside the city centre, which is convenient for everyone who has a car, as there is plenty of free parking on the street in front. To get to the city centre it is about a ten-minute walk. Even though there is a pretty big street in the vicinity, it is a very quiet place without much disturbance from the outside. It is a bit unfortunate that there aren't really any supermarkets nearby, so you'll have to carry your shopping bags for quite a while.

This place is old -- and not only on the outside as there are squeaky floors, slightly morbid carpets, and furniture from decades ago. There are dorms of various sizes from four beds (mix of bunks and singles) up to a ten-person, all-bunks dorm. The beds aren't exactly fantastic, either -- some are missing boards of the slatted frames so that guests almost drop down from the top bunks. There isn't much space in the dorms and heating is from a radiator. Unfortunately there are no security lockers, and to make the whole thing worse, the doors don't even have locks, so the only thing lockable is the front door of the house, which generally stands wide open. Cleanliness is so-so -- there is hardly anyone seen cleaning the rooms.

The bathrooms are also really, really old but of decent size and they are acceptably clean. There could be some more bathrooms though. There's only one toilet and one shower per floor.

There is a separate, big room with couches, a TV, an XBox, games, and books for people to hang out. It is usually pretty crowded -- especially for the XBox -- and thus is a good place to meet fellow travelers. Equally good for meeting people is the kitchen/dining room next to it. There is a big table that seats roughly a dozen people in the middle of the room and all the kitchen stuff like stoves, cupboards, and sinks around it. There is a shelf for free food but otherwise only tea is provided for free, so no salt or oil or spices. The utensils that are offered are not the greatest, especially frying pans are that bad that most people tend to fry in pots! There is also a problem with keeping the utensils and the whole kitchen clean as apparently no one supervises the guests and some seem to be pretty messy.

There are also some outdoor spaces that can be used by the guests, a small front porch -- which is generally occupied by smokers -- and an unfortunately not-very-well-maintained back porch, which otherwise would be a real oasis. There is also a small internet corner with one very old computer on a desk (you pay for use) and a couch in the corner for the people who wait. Wi-Fi is free throughout the whole hostel.

Even though it is a bit rundown and there is space for a lot of improvement, people generally enjoy their stay there as it has a really relaxed and warm atmosphere ... and an XBox. 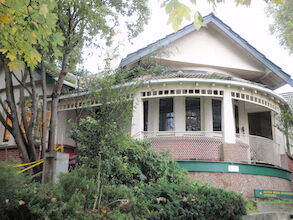 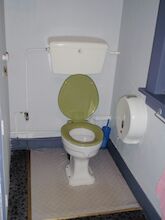 The hostel seemed quite old and a long way out of town and all the sights. The room was quiet and clean but the bathroom was unisex. My biggest complaint is that the drain in the shower seemed to be blocked, because I ended up ankle deep in water!

The cat was the only nice thing about this place. I was cold and the staff were so full of themselves. It was annoying.

What an ugly place to stay at. I don't recommend anyone stay there; it's dirty, and people don't know how to clean up after themselves. What a bad experience.

For being so close to the city this hostel was very quiet and chilled out. The back garden and converted garage are cool to chill out in. Birds love the trees.

I love this place. I lived at Manor House for about two months. It was cozy and friendly, and a great place to chill out and make friends.

This is a small and friendly hostel in an old manor house that has seen better days. The rooms are simple and clean, but some of them have poor lighting. The toilets and showers are reasonably clean, but are old and have a musty feel about them. The kitchen is small but adequate. The lounge is nice and cosy and there are plenty of comfortable chairs to sink into and watch a bit of television or choose some videos from the video library. The atmosphere in the lounge and kitchen is very friendly and they are a good place to talk to other travellers.

Manor House is about a ten minute walk from the centre of town. There are helpful notices posted up with activities to do in Dunedin and recommendations for bars, clubs and shopping needs. 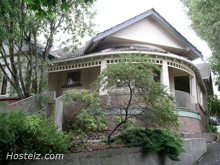 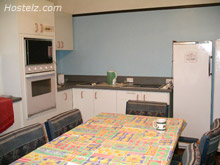 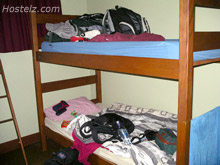 WELCOME TO THE BEST BUDGET BACKPACKERS IN DUNEDIN!

Manor House Backpackers is UNDER NEW MANAGEMENT, big changes have been made.
Manor House was created when two adjacent 1920's early colonial New Zealand homes were converted for use as budget accommodation. The hostel has rooms to suit everyone, we welcome families and we can cater for large groups.

Situated on a quiet street with a garden and BBQ area to enjoy. Only minutes from the city centre and the closest hostel to the Naked bus depot. We have bikes to hire and there is a travel desk to book your tours around Dunedin and New Zealand.

WHAT WE PROVIDE TO ALL OUR GUESTS:

Manor House Backpackers is listed on the following booking sites:

www.manorhousebackpackers.co.nz
Phone Number: 034770484
To add or correct information for this listing, please use the Listing Correction Form.

See all 10 hostels in Dunedin

See all 10 hostels in Dunedin